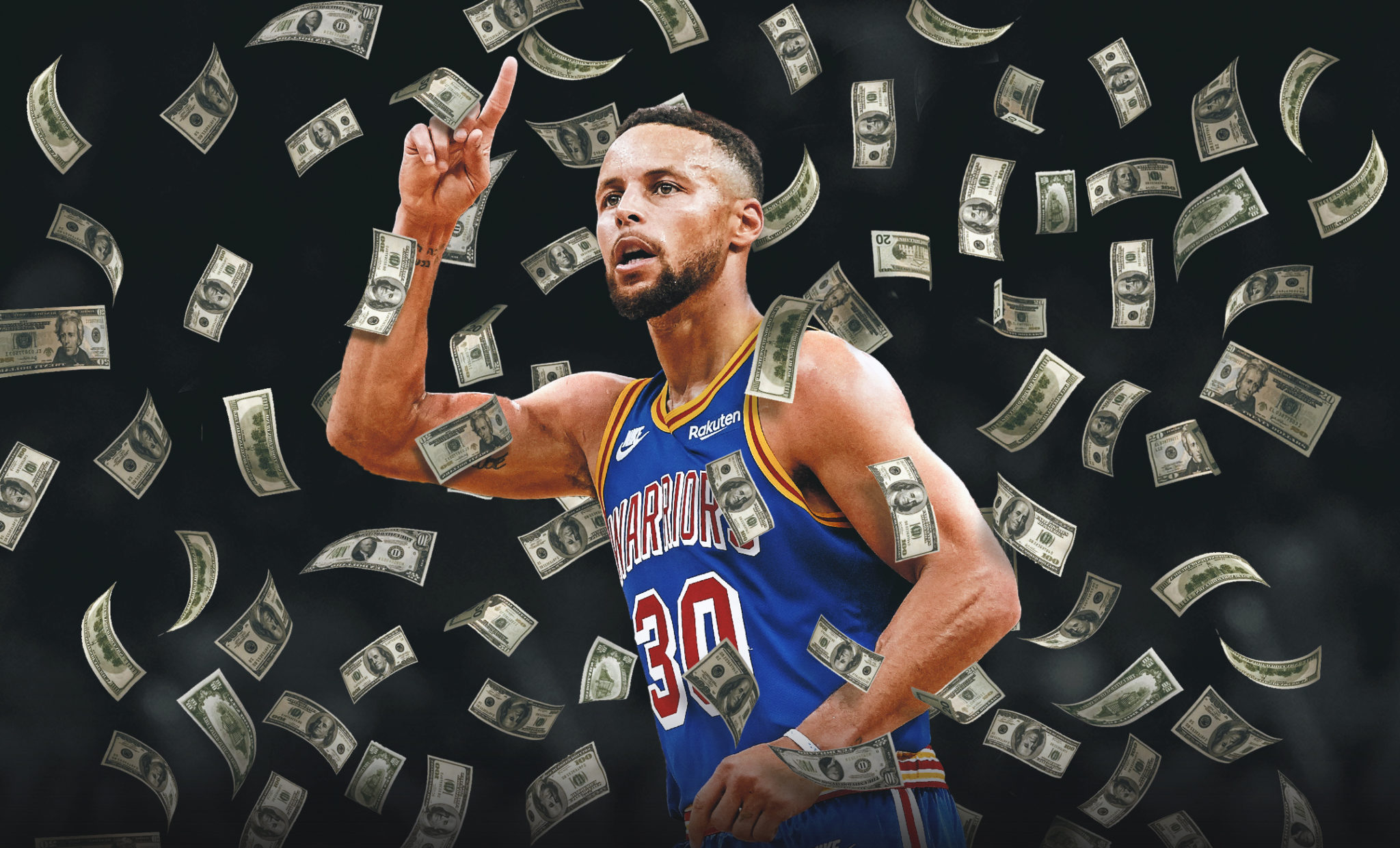 It’s only a matter of time before Steph Curry becomes a billionaire. Like all superstar athletes, the secret to much of Curry’s wealth lies off the court, but before we get to that, let’s start with a quick breakdown of his basketball income.

Despite earning just $63.7M over the first 10 years of his career due to his questionable ankles, Curry will have earned $416.5M in the nine years that followed the signing of his first max deal.

To frame that a little differently, Curry earned about $6M per season on average over the first 10 years of his career, and will earn 10 times that in the final year of his latest contract extension.

Curry’s total basketball earnings will be at $480.2M when his contract extension ends following the 2025-26 season. That will put him $28.2M ahead of LeBron James’ earnings at the same point in his career, which is quite a feat considering Curry was earning so little over the first 10 years of his career.

Now let’s take a look at how much Curry makes off the court, and where he earns that money.

Curry is making about $50M per year through endorsements and investments, according to sports business writer Andrew Petcash.

Curry’s main endorsement deal is with Under Armour, which pays him about $40M a year. That’s a 10x increase on his original $4M per year deal with them, one which Nike refused to match at the time due to Curry’s ankles.

To top it off, Curry owns an equity stake in Under Armour and the company has launched Curry Brand as well.

Curry really does have a finger in every pie, having invested in a wide range of companies including booking site SnapTravel, recovery drink firm OXIGEN Water, esports company TSM, and AI home work out company Tonal.

He also has his own media company, Unanimous Media.

Combine all those income streams and it’s no wonder so many people have Curry pegged to eventually become a billionaire.