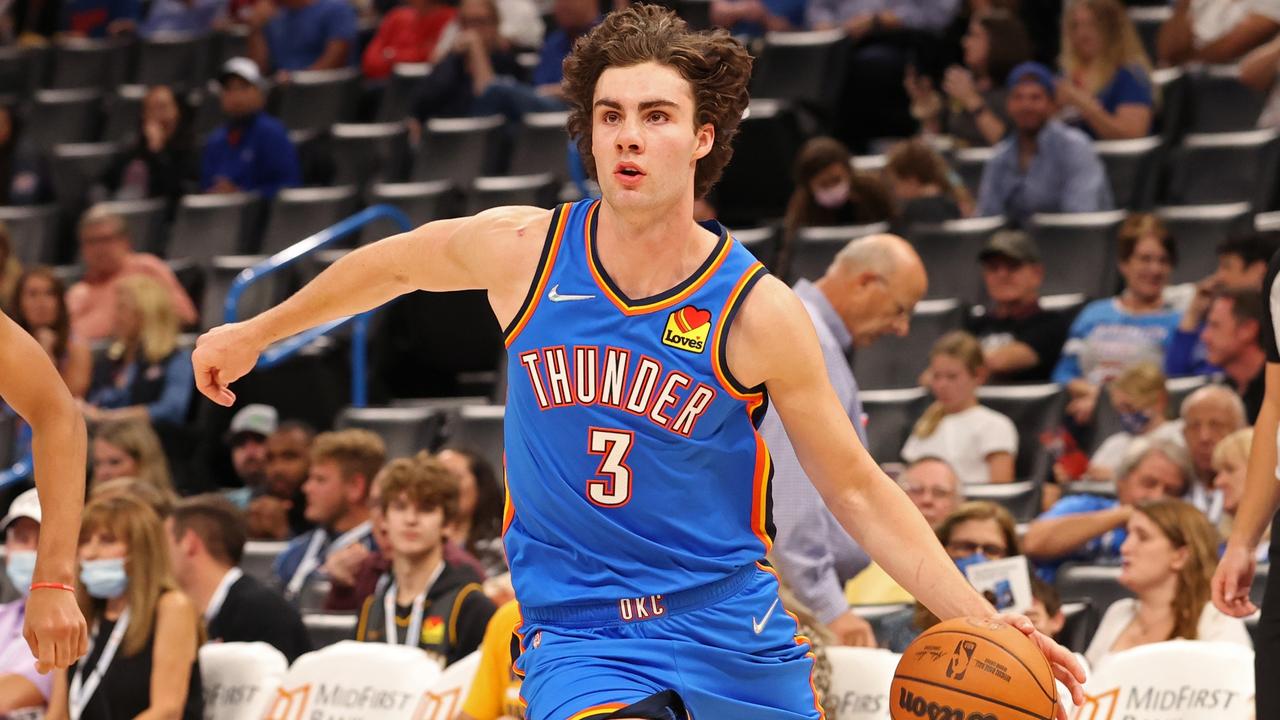 Oklahoma City Thunder guard Josh Giddey had his best outing yet Monday night under the bright lights of Madison Square Garden, and it helped move the 19-year-old into the No. 3 spot on the Kia Rookie Ladder.

Giddey had a triple-double with a career-high 28 points, 12 assists, and 11 rebounds in OKC’s 127-123 overtime win against the Knicks.

“You hear so many things, so many stories about the Garden, and I had circled it on my calendar for a long time,” Giddey said, per ESPN. “This was the place I was most excited when I got drafted to come in to play.”

Monday’s triple-double was his second in as many games, making him the youngest player to record back-to-back triple-doubles in NBA history.

Giddey had 11 points, 12 rebounds, and 10 assists against Chicago on Saturday in a loss to the Bulls.

The Aussie native is now in third place behind the Toronto Raptors Scottie Barnes in the No. 2 spot and Evan Mobley with the Cleveland Cavaliers at No.1.

Giddey will participate in the Clorox Rising Stars and the Taco Bells Skills Challenge during All-Star Weekend.

First the #CloroxRisingStars, now the #TacoBellSkills!

“The style he is playing with is contagious,” Thunder coach Mark Daigneault said. “I think he has a domino effect on the team with how he plays when he is in that state of mind. I thought he was in against Chicago, and I thought he was in it again tonight.”

The Thunder have struggled this season, sitting in the 14th spot in the Western Conference at 18-39.

Still, two of those wins were comebacks after being down against the LA Lakers.

Giddey, Shai Gildeous-Alexander, and the rest of the young Thunder team have shown a lot of promise despite their record.

The Thunder host the San Antonio Spurs Wednesday at Paycom Center before breaking for All-Star Weekend.