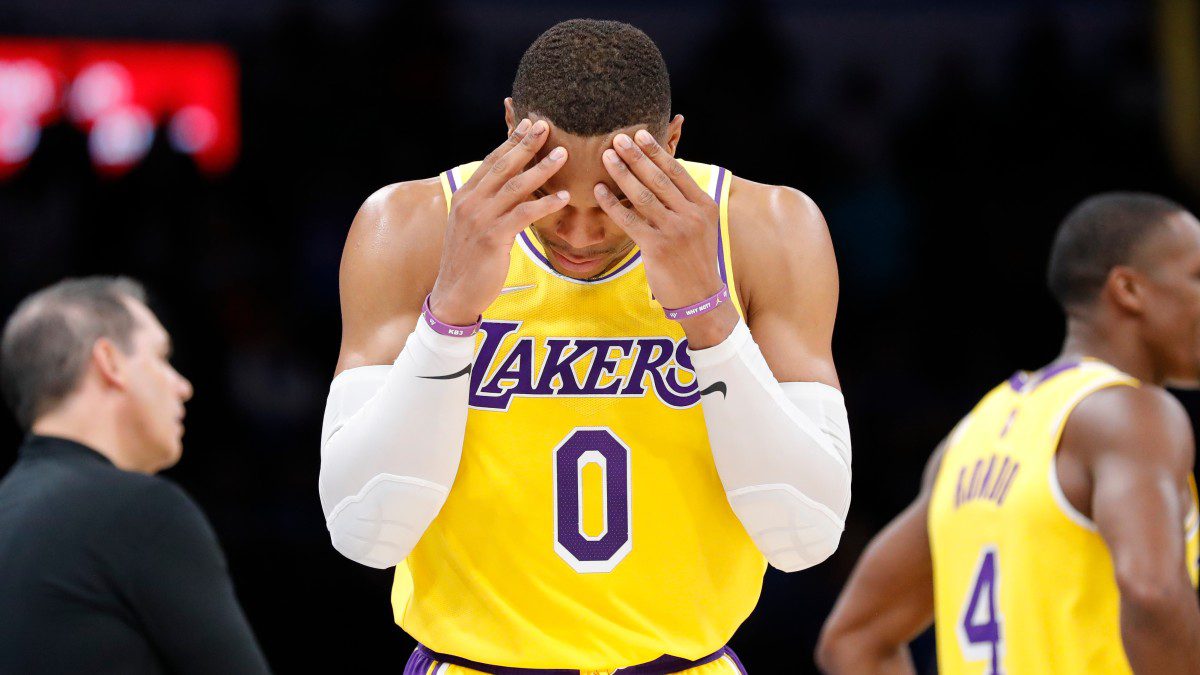 Another day, another Lakers loss, this time at the hands of the Milwaukee Bucks with LA going down 131-116 at home as Giannis Antetokounmpo dominated with 44 points, 14 rebounds and 8 assists.

Russell Westbrook struggled once again, shooting 3-11 from the field and adding four turnovers to his 10 points, 10 rebounds and five assists.

Westbrook was benched for the entire fourth quarter and his frustration was evident after the game.

When asked if he knew which benchmarks he needed to reach to feature in the Lakers’ finishing five, Westbrook said: “I shouldn’t have to hit any benchmarks, to be honest. I put a lot of work in. I got a lot of respect in this game. … I earned the right to be in closing lineups.”

The former league MVP was asked if head coach Frank Vogel has been clear about when he can expect to be in games.

“No, he hasn’t,” Westbrook said. “I don’t need him to be clear about whatever decision he makes … That’s up to him… My job as a professional is to come to work, be in a positive mindset, put my head down. Do my work to the best of my ability and encourage my teammates.”

As for the boos coming his way from Lakers fans?

“Sign of respect,” he said. “My mindset is not predicated on boos.”

James also admitted his team was not in a position where it could get to the Bucks’ level.

The Lakers are now 26-29, ninth in the West, and will play the Trail Blazers in Portland on Wednesday.