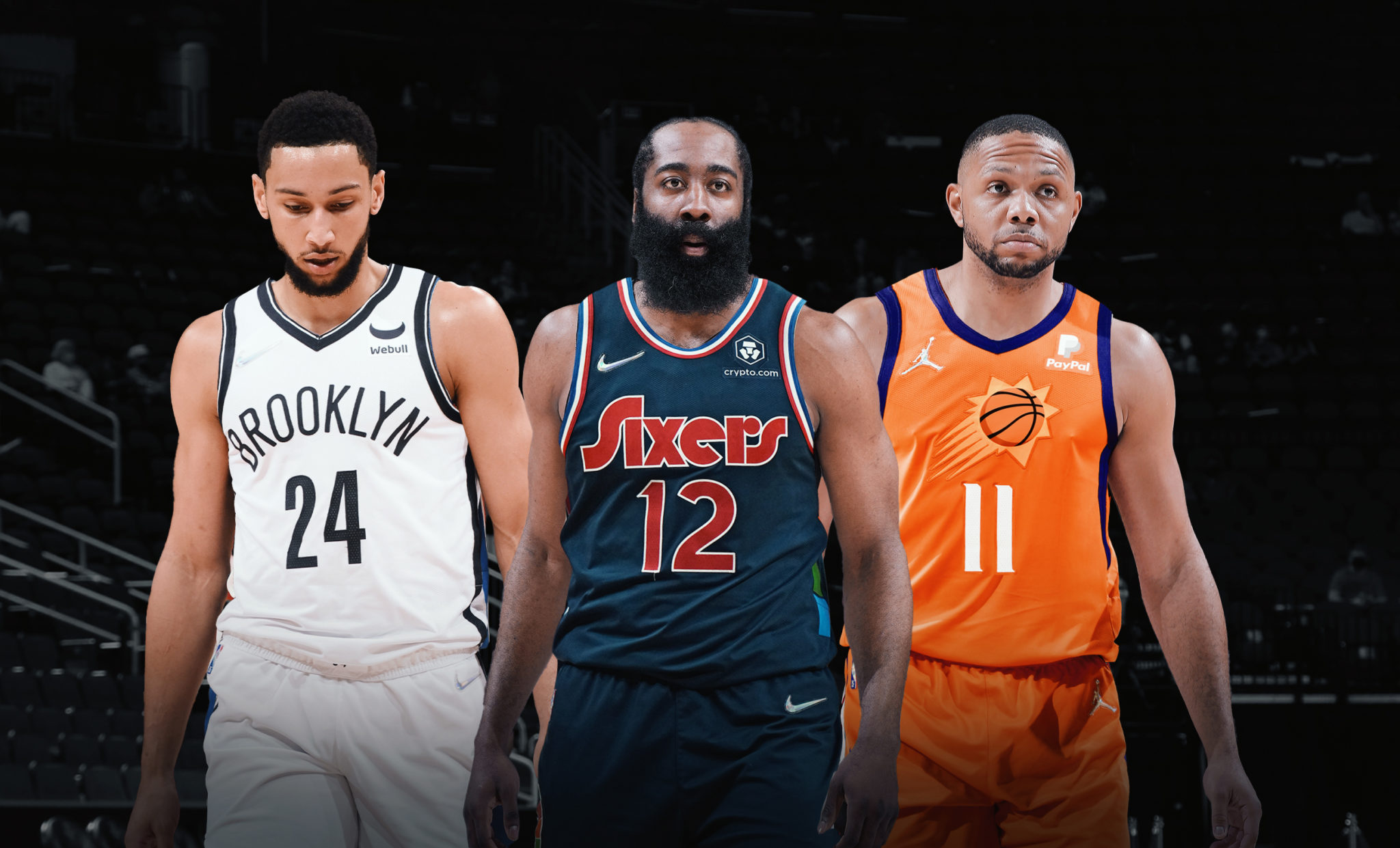 There’s plenty happening already as a flurry of trades surface around the league in the leadup to Thursday’s trade deadline, but there’s undoubtedly plenty of action still to come.

Here’s the latest on the biggest trade rumors around the league.

JAMES HARDEN TO PHILADELPHIA AND BEN SIMMONS TO BROOKLYN

Could James Harden get traded before the deadline? It depends who you ask.

Adrian Wojnarowski reports that Brooklyn and Philly haven’t discussed Harden in weeks and even Joel Embiid says he loves Harden’s game but a trade is “unrealistic”.

READ MORE: Russell Westbrook Responds to Being Benched and Lakers Fans Booing Him

But ESPN’s Brian Windhorst believes there’s still a chance a deal could get off the ground.

“It may come down to which side is more comfortable living with the status quo [if nothing happens],” one general manager says. “Both sides probably want to create leverage by saying they don’t need to do anything, but you can see why both have reason to.”

This rumor comes by the way of The Ringer and HoopsHype, both of whom have reported Utah’s interest in Harrison Barnes.

The Kings are certainly interested in making more moves according to senior NBA columnist Steve Bulpett, who says Sacramento’s trade for Domantas Sabonis was just “part one”, with plans for moves in the works.

Don’t be surprised if Barnes gets a change of scenery sooner rather than later.

Eric Gordon has been “linked by league personnel” as a possible target for the Suns, according to Jake Fischer, who reports Phoenix is also looking to move Dario Saric.

Gordon and Chris Paul are certainly familiar with each other’s games, having played together in Houston.

This is not the first time the Suns have pursued Gordon, quite literally rolling out the red carpet for him during a recruiting pitch in 2012.

It appears the Wolves and Celtics may be interested in swapping one defensive guard for another.

“Minnesota definitely trying to trade for Marcus Smart,” says Darren Wolfson on Minnesota Sports network SKOR North. “But, unless they include a first-round pick or Jaden McDaniels in addition to Malik Beasley, [a deal] most likely doesn’t get done.”

There have been whispers around the league of the Celtics looking to move Dennis Schroder and the Bulls are one suitor that keeps coming up, according to multiple reports. No word yet on exactly who the Bulls are willing to send to Boston.