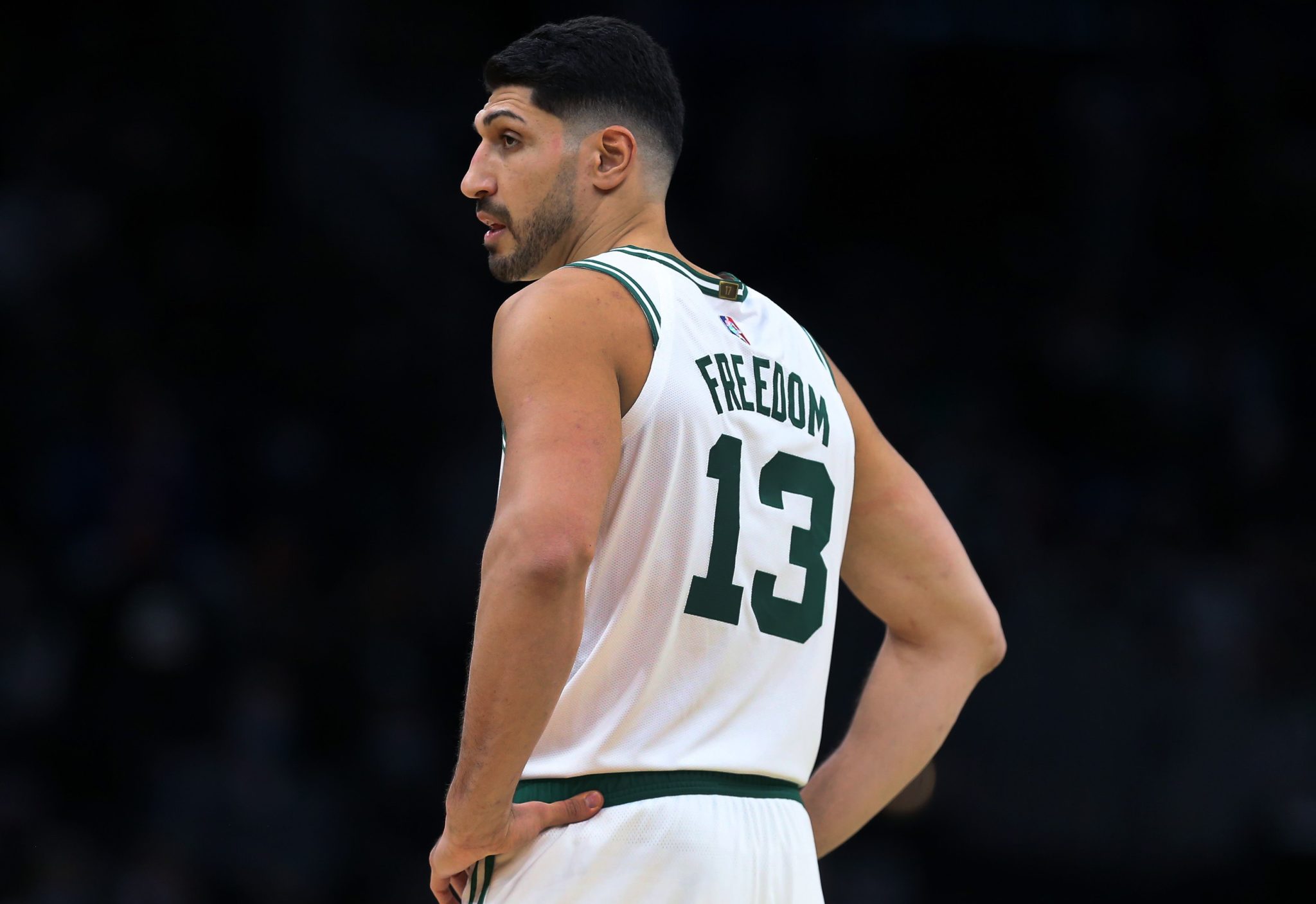 When Boston Celtics center and human rights advocate Enes (Kanter) Freedom received zero votes for the upcoming NBA All-Star Game in Cleveland, it seemed Freedom was finally getting the anticipated blowback for his attacks against China and the NBA.

However, an NBA spokesperson told Larry Brown Sports that the 10-year veteran’s zero vote tally was due to a technical error related to his name change from “Kanter” to “Freedom.”

After showing zero votes on Thursday, Freedom was removed from the voting page before showing up later with 8,834 total fan votes.

On Thursday, the NBA revealed that @EnesFreedom received ZERO total fan votes for the All-Star Game despite even the most unknown players getting several hundred to several thousand votes each.

On Friday, his name was deleted from the NBA’s voting page altogether. @LBSports pic.twitter.com/7iOJ1kyKoF

The initial zero votes total caused speculation since Freedom and Georgios Kalaitzakis, a Milwaukee Bucks rookie, were the only hoopers not to receive a single fan vote.

Freedom is averaging career lows in points and minutes this season for Boston while intensifying his advocacy for human rights in China.

The 29-year-old Turkish native, who recently became an American citizen, has called out the NBA, Nike, Michael Jordan, and LeBron James for supporting slave labor in China.

Friday, Freedom added to the fire, tweeting the names of active NBA players sponsored by Chinese companies that the U.S. government and human rights organizations have accused of using slave labor from China’s Xinjiang region.

Among those listed were the Golden State Warriors Klay Thompson and the Miami Heat’s Jimmy Butler.

These are all @NBA players who are sponsored by Chinese companies that produce their products with slave labor.

Unfortunately many sports media outlets & journalists are controlled by #NBA

Have some courage & ask these athletes about their ignorance.

Still, despite the league’s and players’ support for social justice and Black Lives Matter, most have stayed mum on China’s genocide, except for Enes Freedom.

“Shame on the athletes that are aware of what is happening — who have affiliations with brands that get Xinjiang cotton,” Rep. James McGovern (D-Mass.), and co-chair of the Congressional-Executive Commission on China, told ESPN. “And we don’t use the word genocide lightly. … It is a genocide.”