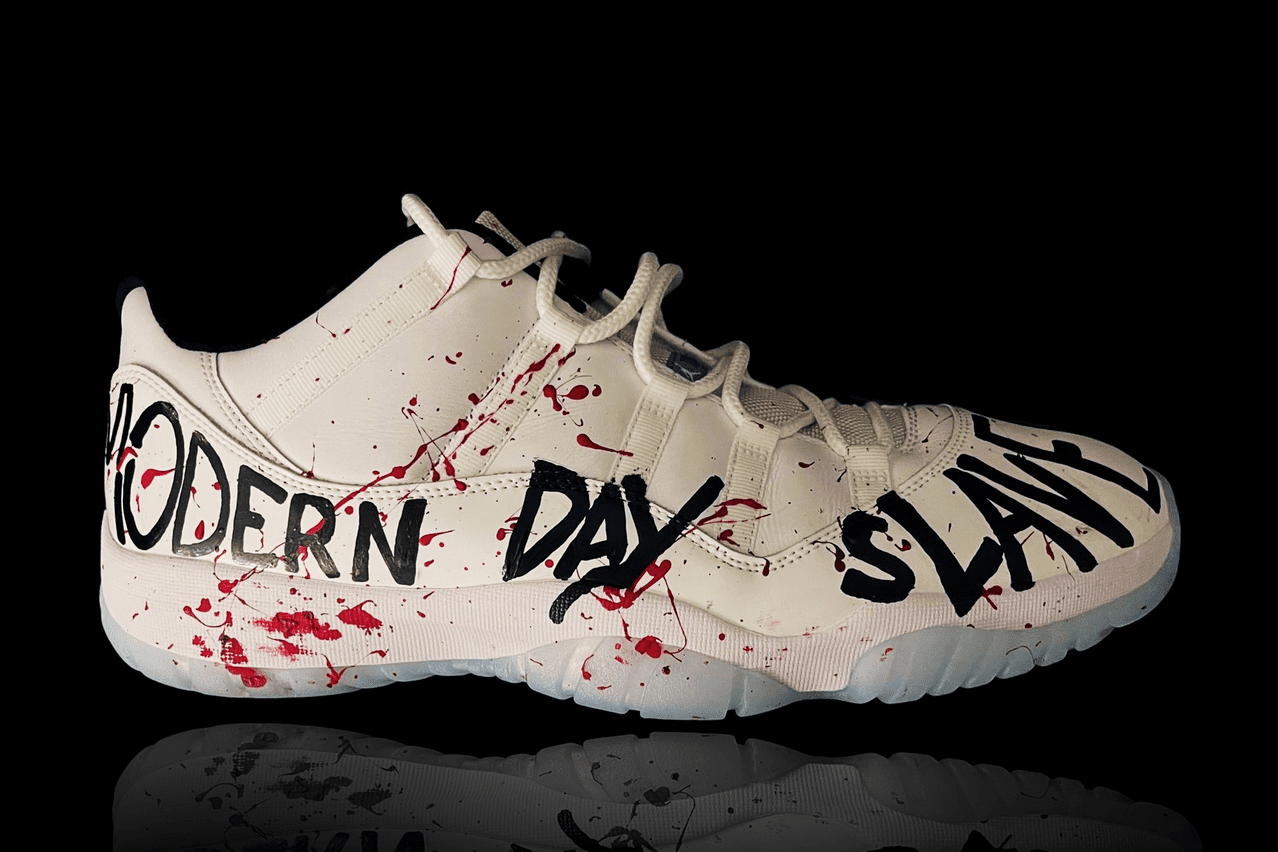 Enes Kanter didn’t play Monday night in Boston’s overtime win against the Charlotte Hornets, but he still scored big with his custom-designed sneakers and video aimed at Nike and company founder Phil Knight.

“Stop the modern day SLAVERY, now!!!” Kanter tweeted with a video in which he called out the sportswear giant before taking the court in sneakers that read “made with slave labor,” “hypocrite Nike,” and more.

After acknowledging Nike’s support of Black Lives Matter and other social justice causes in the United States, the six-foot-ten center accused the company of being silent on genocide and slavery in China.

“You do not say a word about the oppression of minorities in China. You are scared to speak on it. Who makes your shoes in China? Do you even know? There are so many forced labor factories in China,” said Kanter. “Millions of Uighurs are currently detained, sold, and assigned to work at forced labor camps, prisons, and factories across China.”

Kanter claimed that almost the entire apparel and footwear industry is tainted by Uyghur forced labor.

“Many global brands are implicated, and that includes the NBA’s biggest sponsor, Nike. Nike likes to say, ‘Just Do It.’ Well, what are you doing about the slave labor that makes your shoes?” asked Kanter.

The U.S. Customs and Border Protection (CBP) agency began prohibiting imports from companies in the Xinjiang region based on information that prison labor and forced labor were being used for cotton and cotton products from that area.

Kanter isn’t the first to accuse Nike of using “sweatshops” or forced labor.

Still, the company released a statement earlier this year saying Nike was “committed to ethical and responsible manufacturing” and upholding “international labor standards.”

The company also claimed that it did not source products from Xinjiang Uyghur Autonomous Region (XUAR), nor did its contract suppliers.

Kanter invited Knight and Nike icons Michael Jordan and LeBron James to go to China and see how the shoes are made.