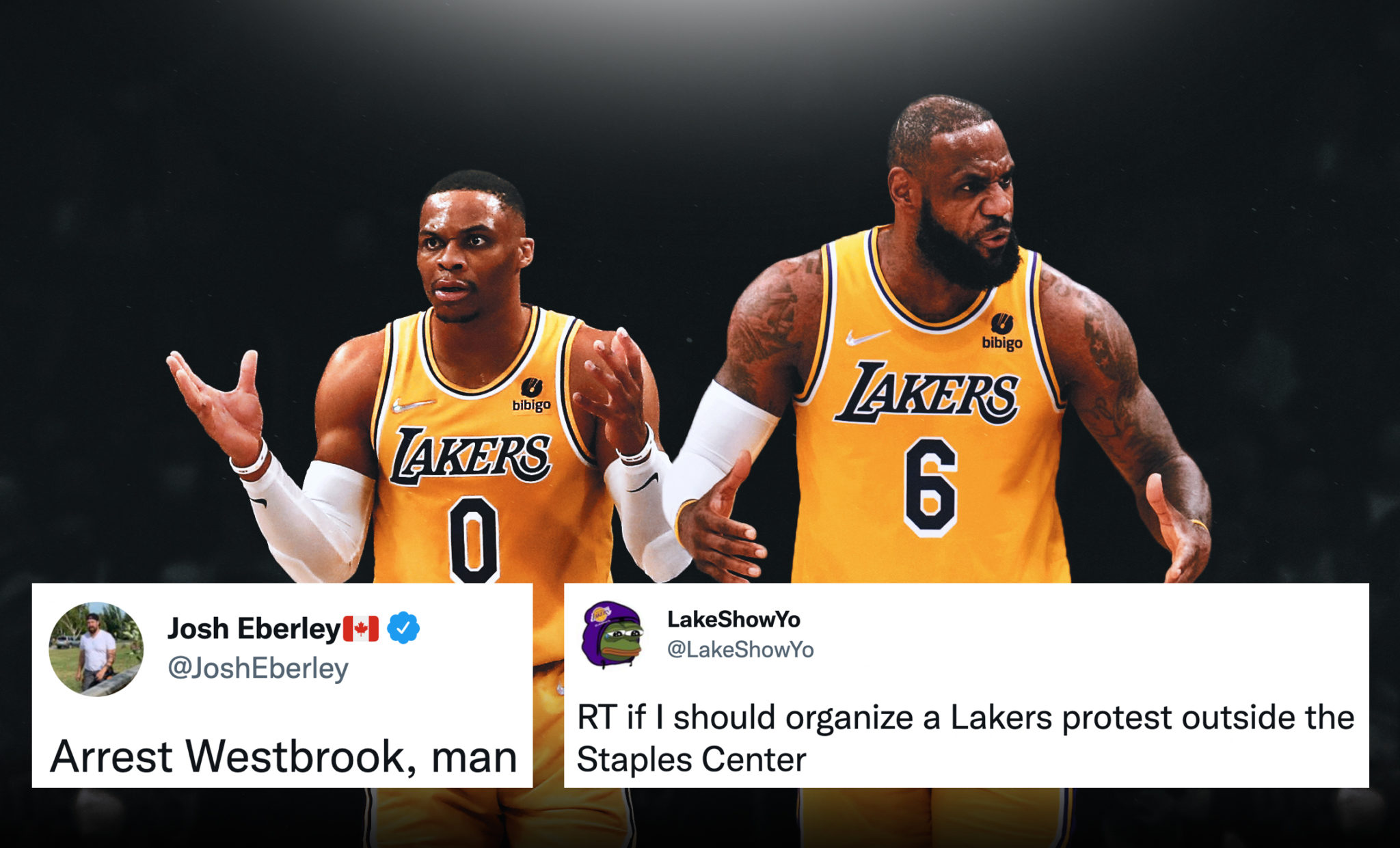 The Lakers are still struggling and the people have had enough. And as always, the internet has absolutely no chill whatsoever about the whole thing.

Here are the best reactions to the Lakers’ losing ways:

Ernie: "We've got a guest standing by."

Chuck: "Well, the Lakers still suck when we get back from this interview."

Lakers if they trade Russ for John Wall pic.twitter.com/0Qh4eBkoo6

Lebron packing up Russell Westbrook at halftime to trade him for John wall after watching Russ hit the top of the backboard on a jump shot pic.twitter.com/nEaGjQ3Nl5

I hope everyone now knows the Lakers as a whole are a bad team… not just Frank, not just Russ, the whole team

The Houston Rockets if the Westbrook-Wall actually goes through pic.twitter.com/44YYv662S3

Lakers would be so much better if they started monk and Stanley, but no let’s keep starting Avery and Ariza 😂

lmao he’s going stub his toe on the way out the locker room be out another month https://t.co/sixqwMa8gv

after suffering arguably their worst loss of the year, here’s how the Lakers postgame show just opened. pic.twitter.com/CPsiMwViDx

“[The Lakers] are a bad team! … These are guys that are past their prime, that’s the reality.”