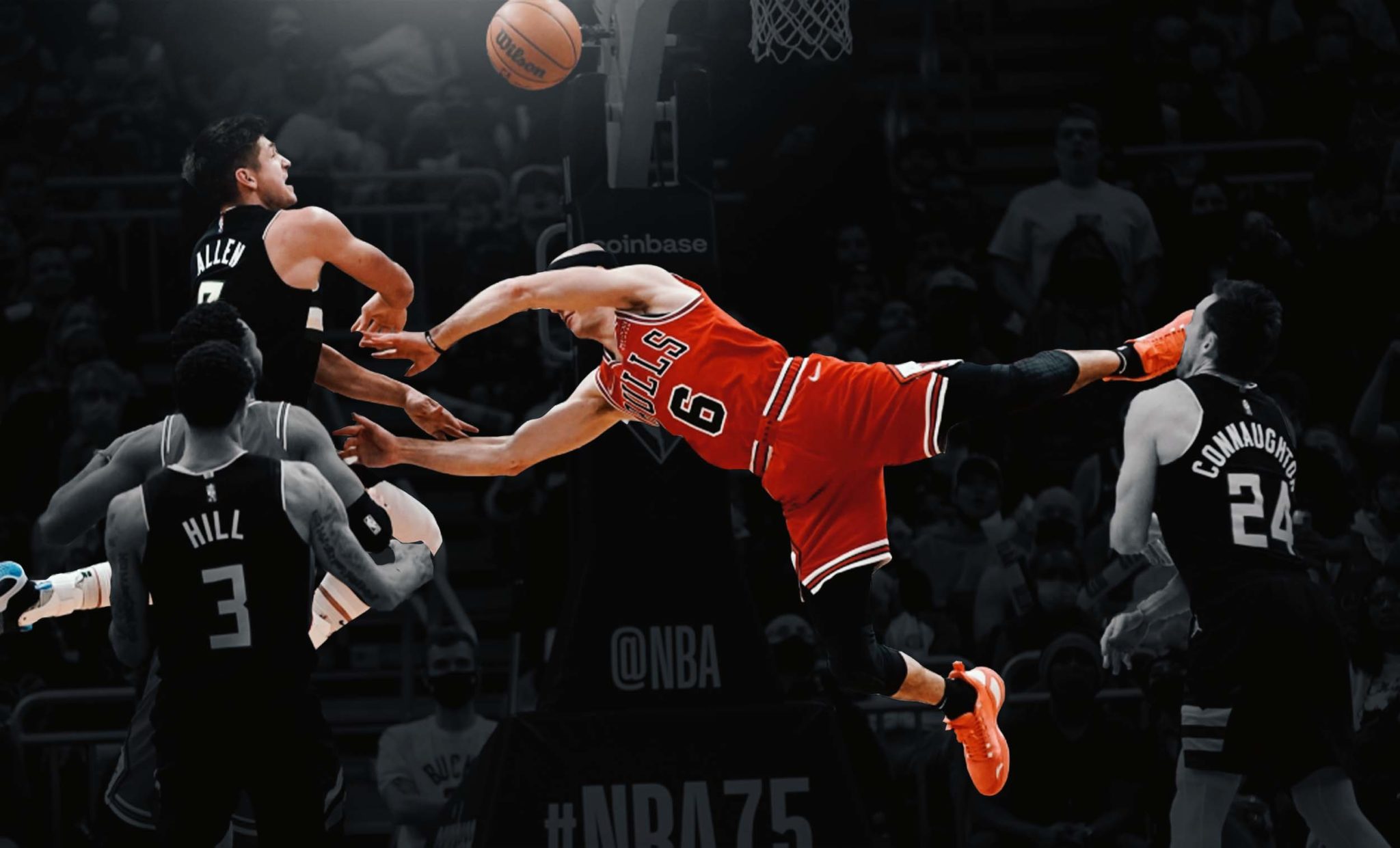 Grayson Allen has expressed remorse over his flagrant foul that fractured Alex Caruso’s wrist on Friday.

Taking to discord to explain himself, Allen said he never would have made the play if he had known it would end badly.

Grayson Allen draws a flagrant 2 for a HARD foul on Alex Caruso pic.twitter.com/NjCJEzo7zu

“It was very unfortunate how it played out,” Allen said on his Discord server. “I jumped to block it with my left and as I’m spinning went to grab the ball with my right hand not throw him down. It was a really hard fall and I’m glad he’s okay. If I could do the play over again knowing he’d fall like that I wouldn’t make the play”

The Bucks guard also explained why he was laughing after the incident.

Grayson Allen giggling after receiving a flagrant 2 and being ejected seems pretty on brand for him.

“I stood at half court watching till he got up till see if he was okay,” he said. “Then when I was back by our bench a teammate made a joke and I laughed. I wasn’t laughing at the foul.”

Allen’s play has attracted outrage around the league and Bulls coach Billy Donovan was furious in his postgame press conference.

“I just know the play looked really, really bad on a guy that has a history of doing that all the way back into college. I hope the league takes a hard look at something like that. Because God forbid this guy was in a stretcher going out of the building right now.

“For Alex to be in the air like that and for him to take him down like that, you could’ve ended his career. And [Allen] has a history of this. And that, to me, was really dangerous. I really hope the league takes a hard at something like that because they could’ve really seriously hurt him.”

The NBA has since suspended Allen for one game.