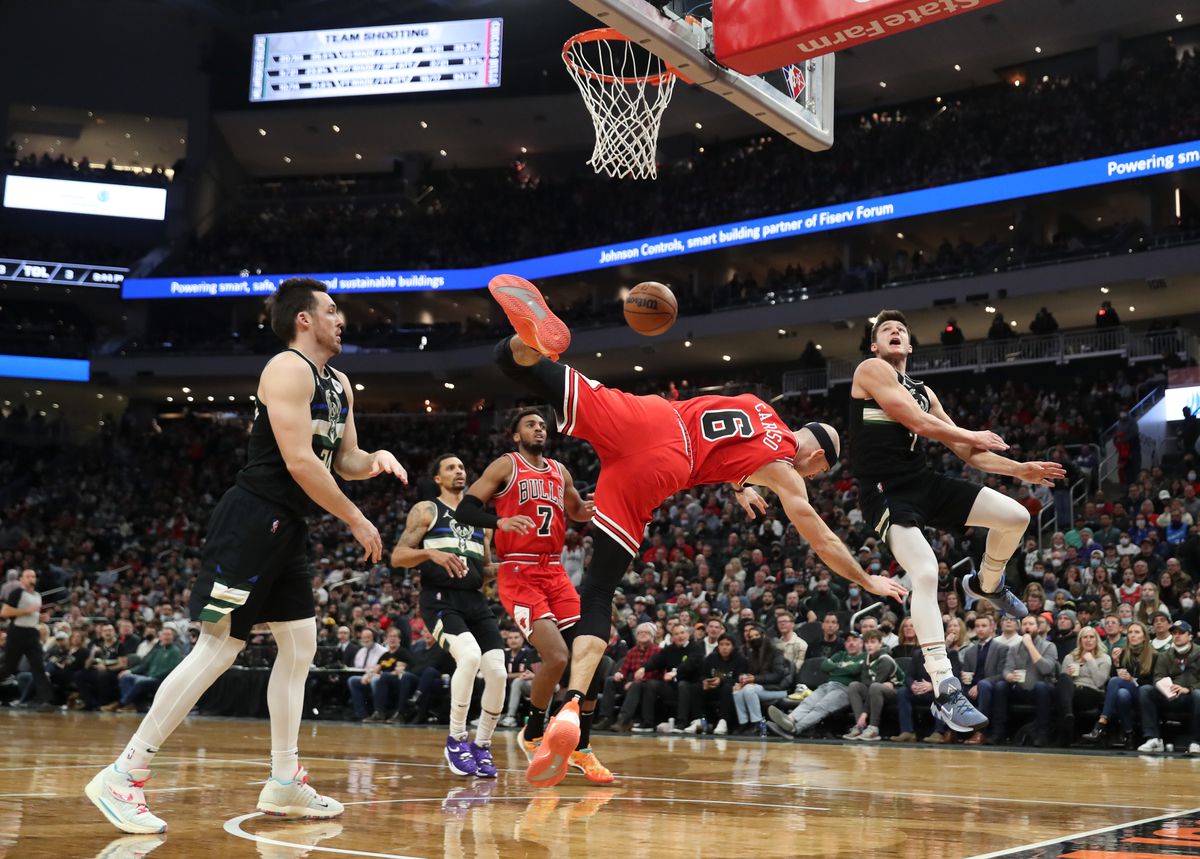 The Milwaukee Bucks’ Grayson Allen has been suspended one game without pay for committing a Flagrant Foul 2 against Chicago Bull Alex Caruso in the Bucks 94-90 win Friday night.

The league cited Grayson for “having made unnecessary and excessive contact against” Caruso, who will undergo surgery for a fractured wrist and is expected to be out six to eight weeks.

President of League Operations, Byron Spruell,  made the announcement Sunday.

Allen will serve his suspension when the Bucks meet the Cleveland Cavaliers on Wednesday, Jan. 26, at Rocket Mortgage Fieldhouse in Cleveland, OH.

Caruso was in the air going to the basket on a fastbreak when Allen hit him twice, causing Caruso to take a hard fall.

Grayson Allen draws a flagrant 2 for a HARD foul on Alex Caruso pic.twitter.com/NjCJEzo7zu

Caruso continued to play after the incident though he was clearly impacted by the hit and called Allen’s play “bulls—,” following the game.

“Dude just grabbed me out of the air,” said Caruso. “It’s kind of bulls—. I don’t know what else you can do about it. I’m just glad that I didn’t have any major scary injuries right away.”

Still, upon hearing the NBA’s decision on Sunday, Donovan said, “Whatever the league decides to do, we’re going to move forward. It’s over and done with … The best thing we can do as a team is move on.”

The 28-16 Bulls hold onto second place in the Eastern Conference but have gone 4-6 their last 10 games and now have both Lonzo Ball and Caruso out for the next month or so.

Ball is expected to miss at least six weeks after undergoing surgery to repair a torn meniscus in his left knee, the same knee he had meniscus surgery on back in 2018.