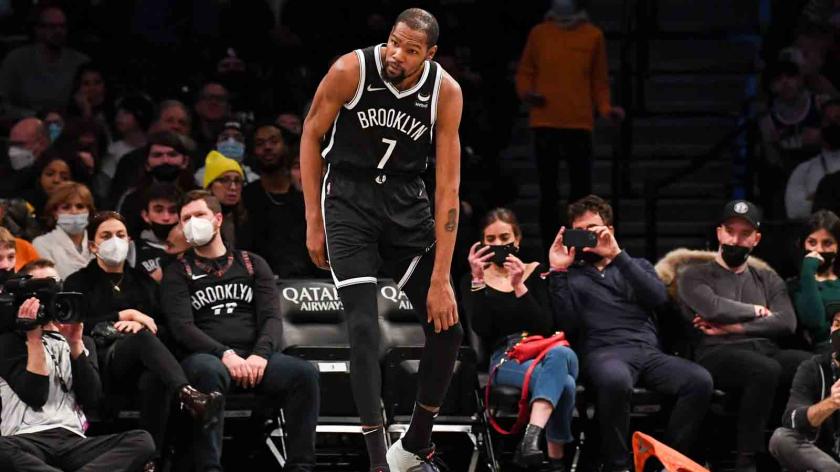 Brooklyn Nets forward Kevin Durant will sit out the next four to six weeks after spraining his MCL in a 120-105 win over the New Orleans Pelicans Saturday night, per ESPN’s Adrian Wojnarowski.

Durant underwent an MRI Sunday morning which revealed he had sprained the medial collateral of his left knee.

The injury occurred in the second quarter when teammate Bruce Brown fell into Durant’s leg while guarding the Pelican’s Herb Jones.

For those that missed it, here's what happened with Durant

Durant immediately reached for his knee and left the game.

The Nets said they expect the 11-time All-Star to return to full strength once the injury has healed.

The 27-15 Nets are still in second place in the Eastern Conference despite the Chicago Bulls losing their last three games.

Brooklyn had finally welcomed back star Kyrie Irving to the lineup on January 5, and the Net’s Big 3 were just getting used to playing together again when Durant suffered the sprain.

The Nets will be on the road for their next 11 out of 14 games which means Irving, who is still unvaccinated, will be available for the majority of those contests.

The Nets start their Durant-less campaign Monday when they take on the Cleveland Cavaliers as part of the NBA’s Martin Luther King Jr. Day celebration.