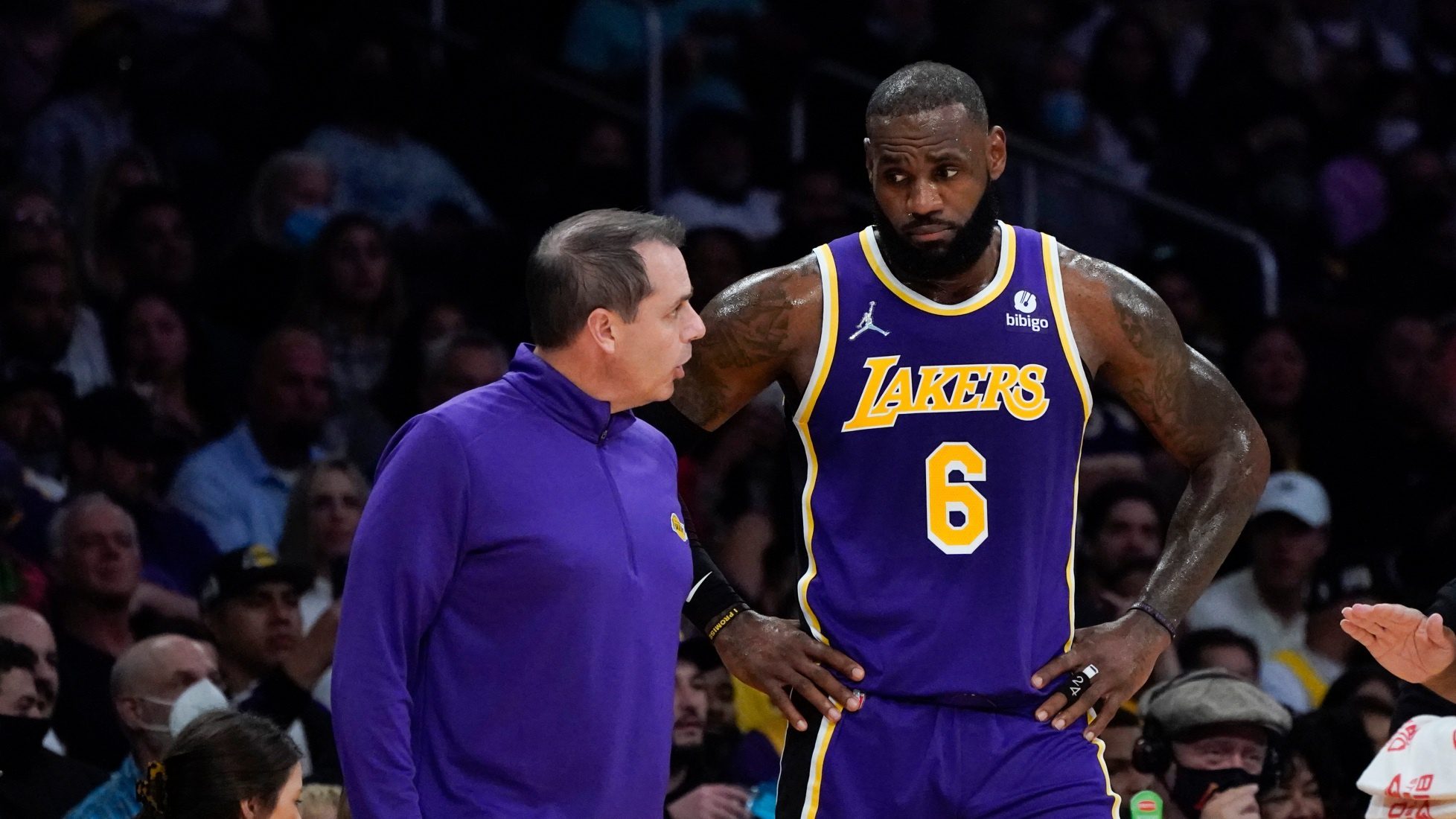 Following a brutal 37-point loss in Denver, Lakers head coach Frank Vogel launched a staunch defence of himself and his coaching staff in his pre-game media availability on Monday night.

“The coaching staff works tirelessly, OK, both in analysing our postgame, meeting with our players individually to show them ways that they have to be better, to reinforce ways that they were great, and they work tirelessly in putting together game plans,” Vogel told reporters.

“And the game plans, the margin for error is more slim. We’ve got to be tight with all these coverages that go into it. And we know how to build an elite defence. Hasn’t taken form quite yet with this group, but the work is still being put in. And when you work at something, you’re going to improve.”

READ MORE: The NBA’s Biggest Winners and Losers of the Week

Vogel’s impassioned speech came within hours of The Athletic reporting Vogel’s job was in grave danger. The Los Angeles Times has since reported there are “no current plans” for Vogel’s dismissal but “a bad loss to Utah could’ve been the final straw”.

The Lakers’ struggles have prompted numerous meetings between the their coaching staff and management, according to the The Los Angeles Times, with senior basketball advisor Kurt Rambis advocating for bigger lineups featuring Dwight Howard and DeAndre Jordan.

Vogel’s team has lost three of their last four games and are eighth in the West with a 22-22 record, a far cry from what many expected of such a star-studded team.

The Lakers return to the floor when they face the Indiana Pacers at home on Wednesday.