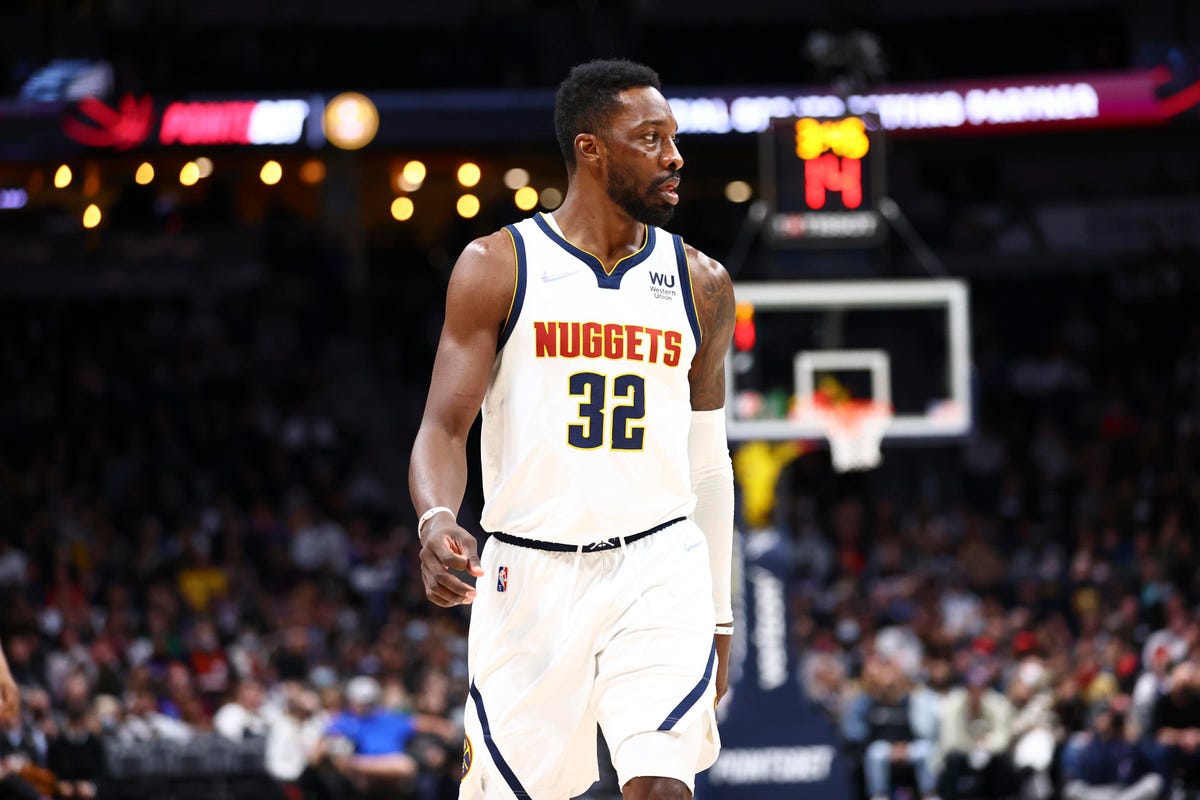 The first time 14-year veteran Jeff Green took off his shirt in the Denver locker room, many of his new teammates were surprised to see the 9-inch scar running from his collarbone to the top of his abdomen.

They had no clue that Green had undergone successful open-heart surgery in 2012.

“That shows the hard work I’ve put in to get to this point,” said Green, who spoke with Adrian Wojnarowski on The Woj Pod.

Full audio of The Woj Pod with Denver’s Jeff Green on the 10th anniversary of his life-changing open heart surgery: Spotify: https://t.co/QB6SLIva9n pic.twitter.com/HWHiGSKFSo

Green’s condition was discovered during a routine physical for the Boston Celtics.

He was diagnosed with an aortic aneurysm and was operated on by renowned cardiac surgeon Dr. Lars Svensson of the Cleveland Clinic.

Dr. Svensson told Green he would be able to play again, but Green would have to get comfortable with “the new you.”

Green quickly learned what that meant.

“I was a completely different person from the neck down,” said Green. “It took a long, long time to get used to it [the scar].”

Green focused on his recovery and getting stronger every day to prepare his body to play again.

Ten years since the surgery, Green is still playing, now with the Nuggets, when many believed he would be retired.

“I see the scar every day,” said Green, but he takes pride in the fact that, based on his performance, the majority of the league’s young players have no idea he had open-heart surgery.

“They can’t tell. That’s what I love most about it.”

The Nuggets are his 11th team in 15 seasons after being drafted by the Seattle Supersonics in 2007 out of Georgetown University.