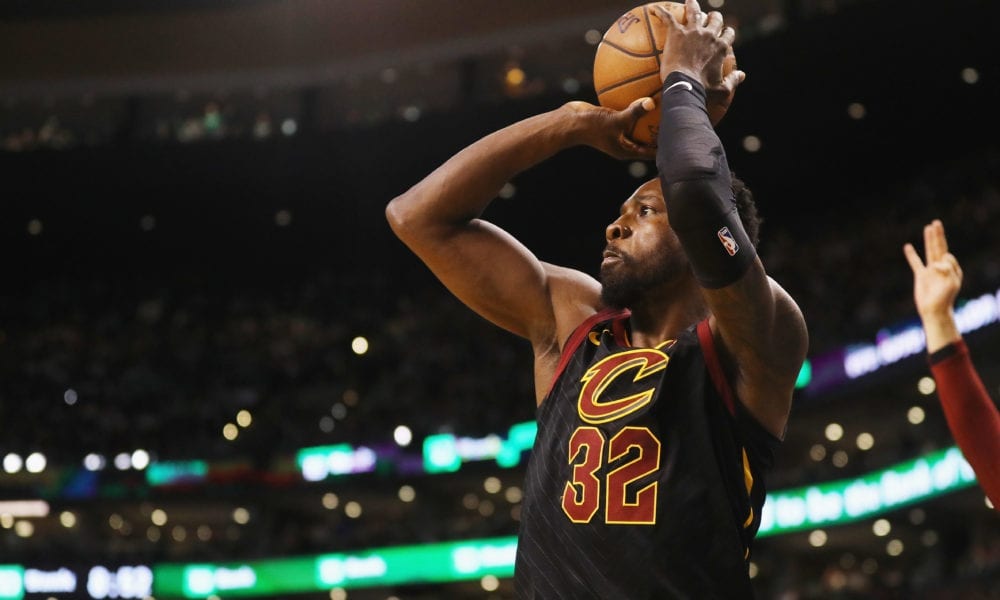 There was a time when basketball was the furthest thing from Jeff Green’s mind.

It’s hard to concern yourself with ball sports while worrying about your very existence.

It was December 2011 when Green received some news he wasn’t prepared for.

A routine physical revealed a heart condition so serious it could kill him.

Upon hearing the news, Green was numb, and unable to utter a single word for well over an hour.

His world had been shaken to its very core.

Six and half years later, a healthy and happy Green is heading to the NBA Finals.

But it was the journey, not the destination, which has proved most special.

With Kevin Love sidelined for Game 7, Cleveland stood little chance of advancing without at least one Cavalier not named LeBron James stepping up.

Playing against the team which acquired him both on draft night and right before that life-changing physical, it was no surprise Green emerged from the players race with a determined look in his eye.

He would finish with 19 points and eight rebounds, routinely attacking the rim with aggression and emerging as the second option the Cavs so desperately craved.

And while his 2-9 three-point shooting numbers were nothing to write home about, one of those threes handed Cleveland the lead with 5:45 remaining, a lead they would never relinquish in a game which likened scoring baskets to pulling teeth.

When all was said and done, a reflective Green was overcome with emotion.

“I worked hard to get to this position…I can’t put into words, man,” Green said in his ESPN postgame interview. “Hard work, dedication, I gave everything…I still got more to go, not satisfied, gotta continue to work, to get better.”

The former Georgetown standout has often been criticised throughout his career, but his value to the Cavs is not lost on LeBron James.

Nor is his remarkable fight back from a life-threatening condition.

“Jeff is my guy,” James said minutes after the final buzzer. “Every time before a game, we do our Wakanda Forever handshake. When his number was called, he answered the bell.

“Basketball is almost secondary to him at this point. Being able to even play this game after open heart surgery…this is a treat for him, this is like the icing on the cake.”

Green may well have been lucky to beat his heart condition, but on Sunday night, it was the Cavs who felt lucky to have him.