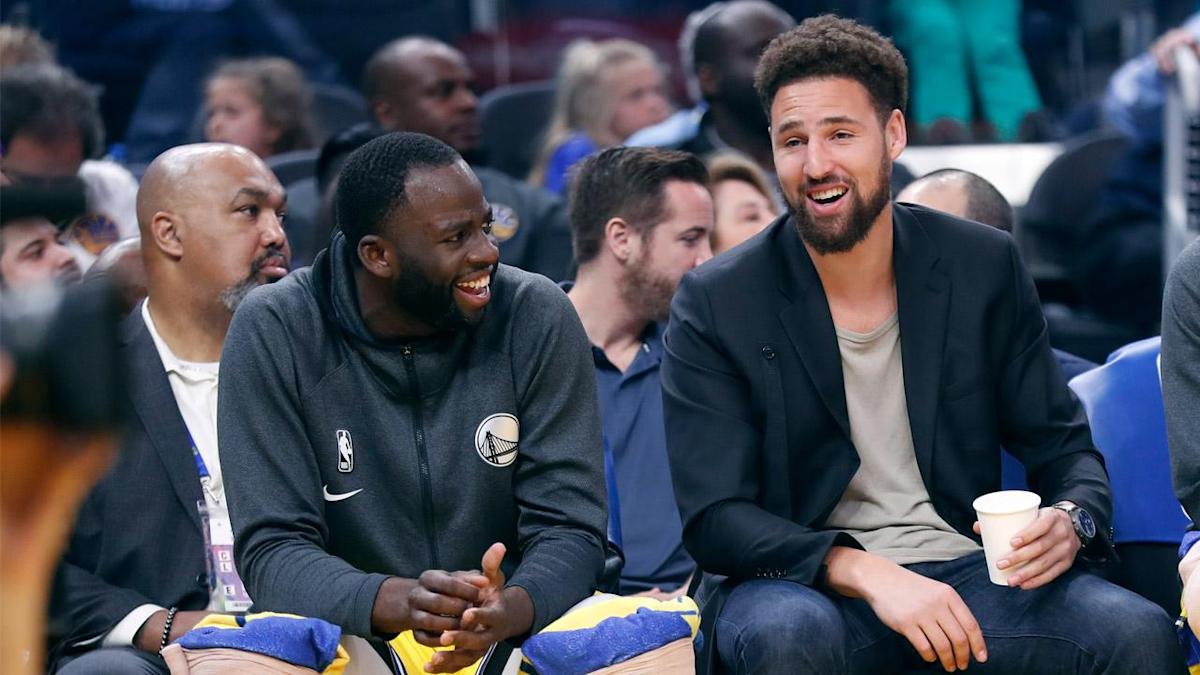 Golden State Warriors star Draymond Green is excited about Klay Thompson’s return, which could be as soon as Sunday at the Chase Center against the Cleveland Cavaliers.

Still, Green knows the addition of Thompson will force the Warriors rotations to change, and the player that will be impacted the most is guard Jordan Poole.

He also knows some players will get angry with the changes, which is the reaction Green wants from his teammates, especially if the Warriors are going to make a deep playoff run.

“I think we still have at least two games with everyone playing the same exact roles they been playing, so you don’t want to jump the gun,” Green said Monday when asked if he talked with Poole or others about their upcoming role change.

“You feel it. There’s no idiots on this team, as you can see in our play. Guys understand what’s ahead. I think as a leader, there will be a time when you have to step in and, more importantly, keep guys’ spirits up. You don’t play this week with the guys we have if guys aren’t competitors and if guys don’t want to play and want to be out there.”

“And there should be some guys that is upset. Not upset because you are a better player than Klay Thompson, but because you put the work in and you want to play. That’s the nature of what we do. As a leader, you have to make sure that that upsetness is bottled up and it works for you as opposed to working against us. I think that’s the biggest thing for us.”

Green said even his role will change, but it’s important for players to understand that they will still play.

The Warriors own the NBA’s best record at 29-7 and are about to get one of the greatest shooters in NBA history back for the first time in almost 1,000 days.

Roles will change; there will be a roster crunch, but as long as the Warriors keep winning, there’s no reason to believe there will be any discontent among a team primed to be playing deep into May and June.