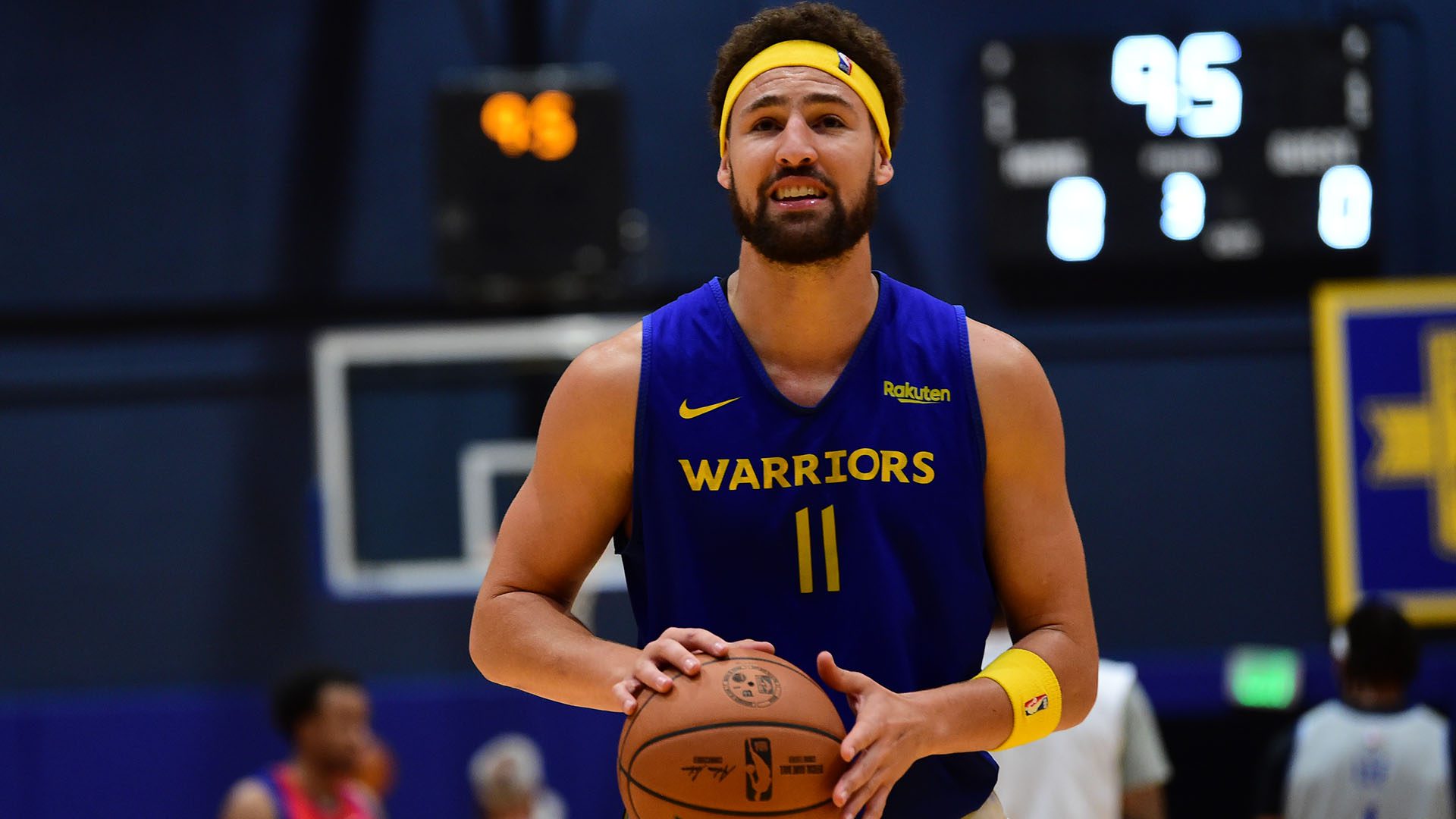 Thompson tore his left ACL in Game 6 of the NBA Finals in 2019 and followed that up with a torn Achilles in his right leg.

“It’s so exciting,” Thompson said. “Just to be running up and down the court and playing basketball, it’s truly a blessing, and it makes coming to work so easy. The boring stuff’s behind me, and now it’s just getting back in game shape — I got to stay patient because I can be an overeager person to get out there and play, but I’m just incredibly grateful to be out there. The work the training staff and I have done over the last two years is really paying off, and it’s hard to put into words how grateful I am to be playing basketball again.”

Thompson has been in great spirits despite just now being cleared for 5-on-5 practice.

A good reason for his optimism is how close he is to returning to full NBA action.

While no date has been set, the Warriors hope Thompson will be able to suit up sometime around Christmas, preferably bringing him back in front of a raucous home crowd at Chase Center.

However, Warriors head coach Steve Kerr reiterated on Tuesday that no return date had been discussed, and they prefer Thompson continue to build strength and stamina after being off the floor for so long.

“We don’t have a target date,” Kerr said. “What we have is a number of weeks ahead of us for certain where we’re going to play it out, keep letting him scrimmage as often as possible so that he’ll build that endurance. And I would think within a few weeks we’ll be able to finally sort of get a target date, but we don’t have one right now.”

For Thompson, he is content to continue working and rehabbing to be close to full strength when he returns.

He has been good about consulting with the Warriors medical staff on when and how to return.

Despite Thompson’s absence, the Warriors are off to a hot start, going 15-2 so far.

Thompson was asked if this current Warriors squad could win a title, he didn’t hesitate to answer.

“Oh, yeah,” he said. “We’re 15-2. That’s a great indicator of [championship readiness] and our defense; I think it’s top three in the league as well as our offense — and I’m not even out there yet. Think about that. Really think about that. I’m more motivated than ever as well. I want a championship so bad. More than anything.”

Thompson said he has been motivated by critics who are doubting whether he and the Warriors can get back to the top.

“I wanted to be on that Top [75 list]. I wanted some recognition. I didn’t get it and that’s fine. You know how you get recognition? You go win. I just want to go win again. I want to win a fourth ring,” he said. “Not being able to compete for the last two years, I feel like I have a lot of pent-up energy to prove — not to anybody else, but to myself — I’m still one of the best.”