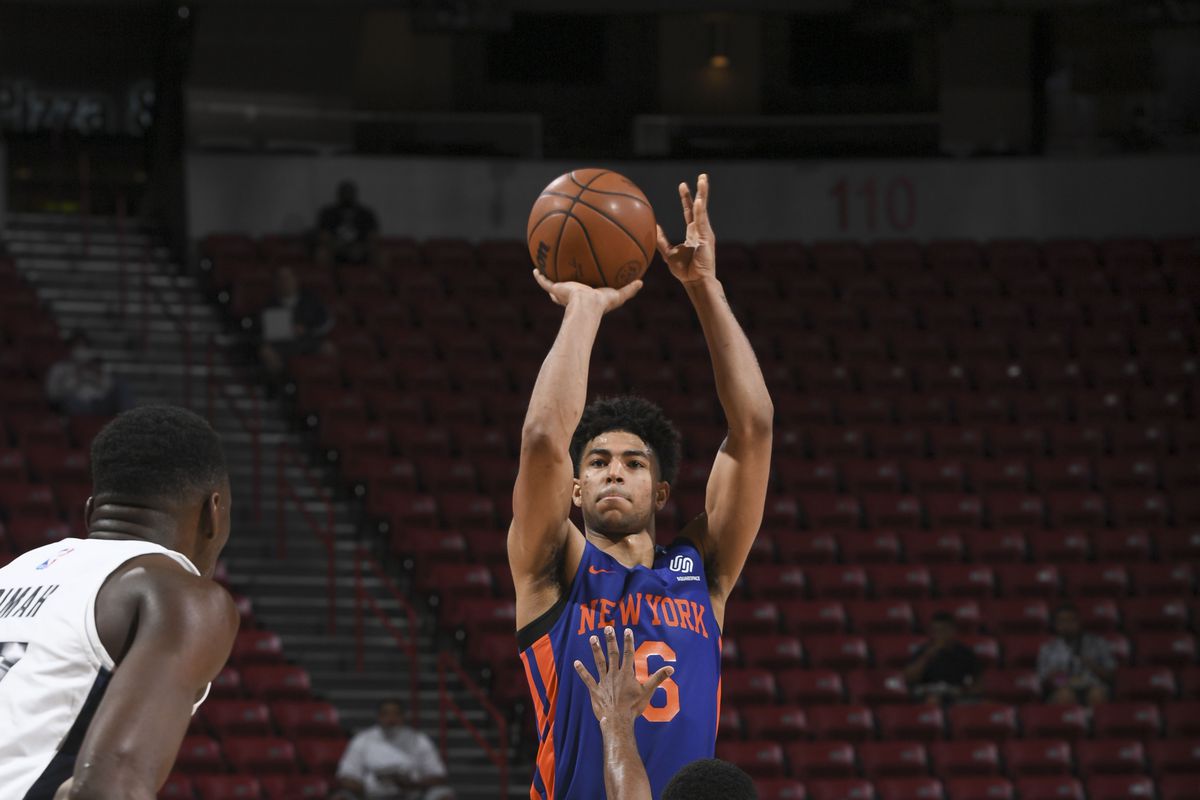 Quentin Grimes set a franchise rookie record for most three-point shots made (7) in the New York Knicks’ 97-112 loss to Milwaukee Bucks on Sunday afternoon.

Grimes finished the game with 27 points, three rebounds, three assists, and three steals – but the Knicks received little help from their highest paid players; Julius Randle and Evan Fournier combined to shoot 4-17 from the field, 2-12 from three, and had seven turnovers.

Giannis Antetokounmpo led the way for the Bucks with 20 points, 10 rebounds, and 11 assists.

The Knicks – who currently sit in 12th place in the Eastern Conference standings – have lost six of their past seven games.