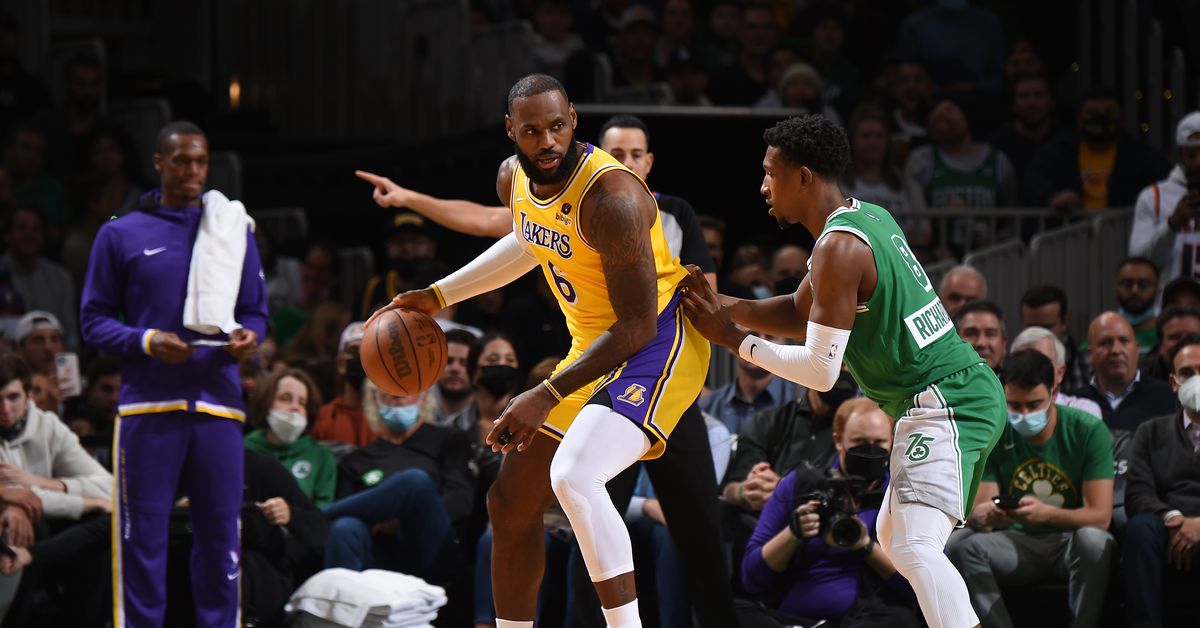 LeBron James returned from a two-week injury spell Friday night, scoring 23 points in a 130-108 loss to the Boston Celtics at TD Garden.

James ended the night on 10 for 16 shooting, going three for seven from beyond the arc and missing his lone free throw attempt.

He added six rebounds and two assists alongside two turnovers in 32 minutes of action before exiting the remainder of the game.

“Physically, I felt OK, good enough to know I could trust my body and play tonight,” said James, who used a heat pack to keep his abdomen warm during his bench minutes.

“I’m more looking forward to seeing how I feel tomorrow when I wake up. That is the telltale sign if I’m moving in the right direction with my injury.”

James has not played since suffering an abdominal injury against the Houston Rockets on Nov. 2.

He has also missed two games with an ankle injury sustained at the start of the season.

The Lakers are 4-6 without the perennial MVP candidate, losing five of eight in his latest absence.

Against Boston, James leaned more on his jumper and rarely challenged the Celtics interior defense.

Defensively he struggled as well, but his teammates were not much better than he was all night.

The Lakers allowed at least 30 points in all four quarters, with the Celtics scoring 56 points in the paint.

“We damn sure need to play better, no matter who’s in the lineup,” said James, whose Lakers (8-9) fell to ninth in the Western Conference.

“We have our system, and we need to obviously fast-track it and get better with it to where, no matter who’s on the floor, we can play at a high level. It’s never that we’ve got 65 games [left], and we’ll figure it out then. There’s no level of panic, but there should be a sense of urgency.”

In his first six appearances, James entered the game averaging 24.8 points on 47/35/78 shooting splits, seven assists, and 5.5 rebounds in 37 minutes per game.

Early this season, James’ true shooting percentage was the lowest of his career.

His player efficiency rating is at its lowest since his rookie season, and his usage rate has fallen below 30% for just the third time in his career and the first time since 2005.

At 36, LeBron James looks to deal with injuries in the latter stages of his career, which could mean bad news for the Lakers’ title hopes.