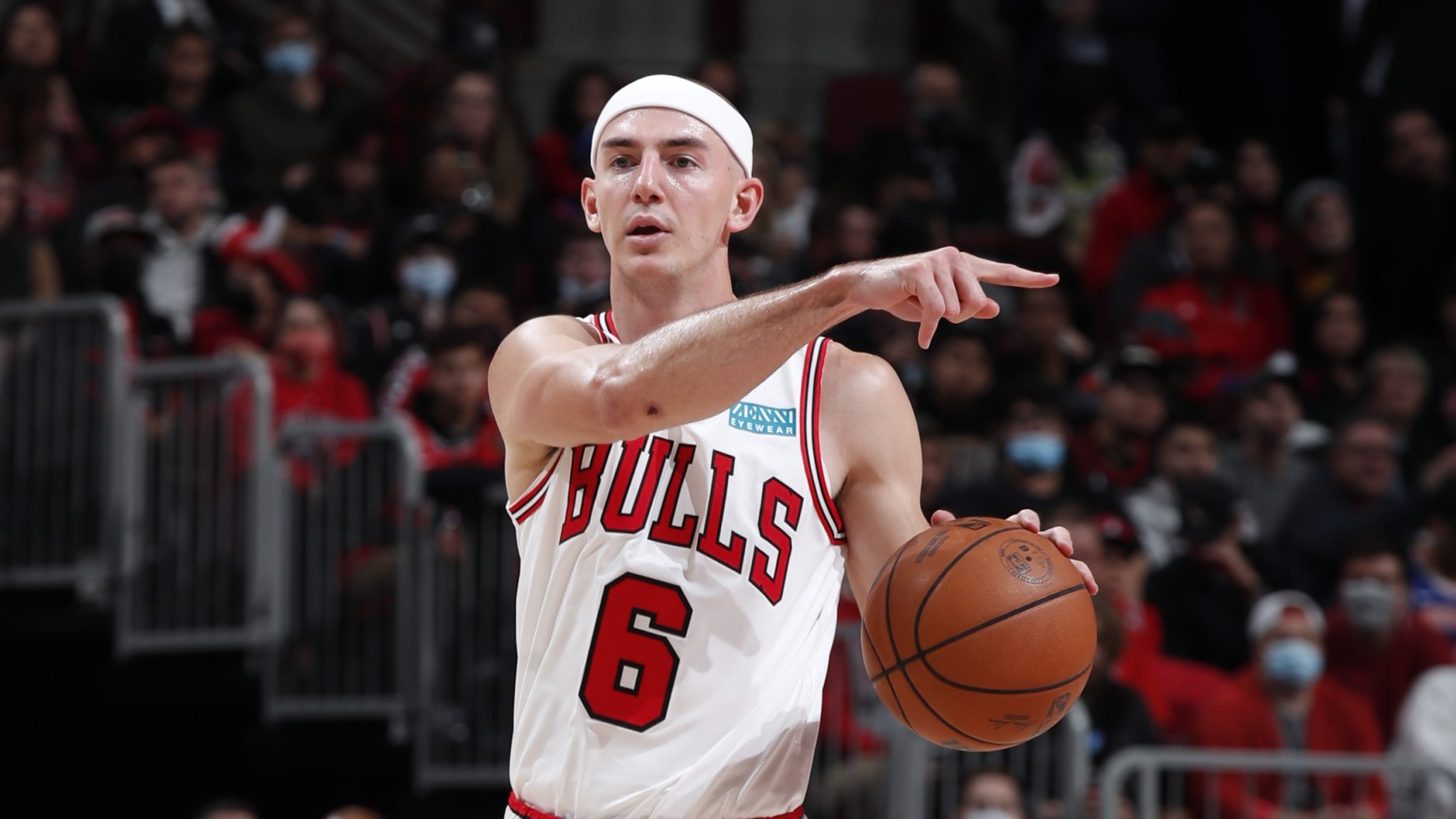 Alex Caruso’s return to LA on Monday was one of the most hyped “homecomings” we’ve seen for a non-star player.

There was the build-up in the media, the cameras honed in on Caruso pre-game, the tribute video on the jumbotron. Such is life when you resonate with people the way Alex Caruso does.

During his time with the Lakers, Caruso’s unassuming appearance, high flying antics and dogged defence made him a meme and then a cult hero. He often received the loudest roars of the night from the Staples Center crowd, despite sharing the floor with LeBron James and Anthony Davis.

But now he’s a Bull and it’s all a little surreal.

“I know I’m going to be a little giddy,” Carousel told The Athletic. “Just because I know how the fans are gonna be. They are who they are. There’s a tremendous amount of love and support from them, and it’s mutually felt.”

Caruso didn’t score a single point against his old team on Monday, and yet he was excellent anyway. The Texas native played his usual tenacious defence and was effective as a transition playmaker, finishing the night with six rebounds, five assists and two steals.

Alex Caruso had ZERO points and still was one the most IMPACTFUL players on the damn floor tonight. He was the PERFECT example of how to be a Star in his role. Carry on…

“Lot of emotions stepping back under the lights of purple and gold tonight,” Caruso said on Twitter after the game. “Always grateful, forever connected.”

Caruso signed a four-year, $37 million deal with the Bulls in the offseason, after the Lakers refused to budge on their initial offer of three years, $21 million.

He will face his former team again when the Bulls host the Lakers on December 19.