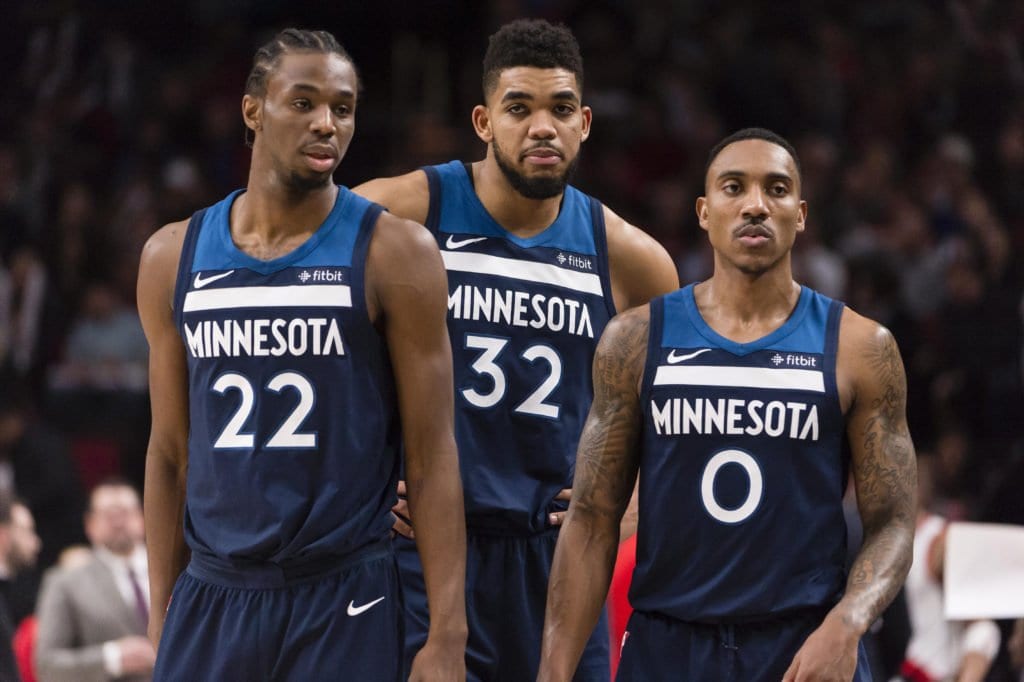 The Minnesota Timberwolves didn’t keep it a secret when the whole team went to Miami for preseason workouts and dinner at new minority owner Alex Rodriguez’s home.

Now the T’Wolves will have to pay for their indiscretion.

According to ESPN’s Adrian Wojnarowski, the NBA fined Minnesota $250K for organizing an offseason practice outside of the team market in early September.

Entertainment included a DJ and magician.

“Alex and Marc had the team in Miami for the week practicing and scrimmaging. Players included D’Angelo Russell and Karl-Anthony Towns.” The new owners “wanted to set the tone for the upcoming season. They attended practice daily, and hosted multiple dinners,” per Page Six.

Minnesota even tweeted and shared pictures from the trip.

The event was such a success, Minnesota was considering making it an annual ritual.

Rodriguez, 46, and partner Lore, CEO of Wallmart, own a 20 percent share of the Timberwolves and the WNBA Lynx for $1.5 billion.

The two partners joined Glen Taylor’s ownership group with the intention of Lore and Rodriguez taking over the team after a 2 1/2-year owner internship.

He played seven seasons in Seattle and three in Texas before joining the New York Yankees.

Rodriguez is a 14-time All-Star, three-time MVP, two-time Gold Glove, and won the World Series in 2009 with the Yankees.

The Timberwolves are 4-8 and sit in twelfth place in the Western Conference.

In his sixth year in the league, Karl-Anthony Towns is averaging 22.2 points, 9.3 rebounds, and 3.4 assists for the T’Wolves.