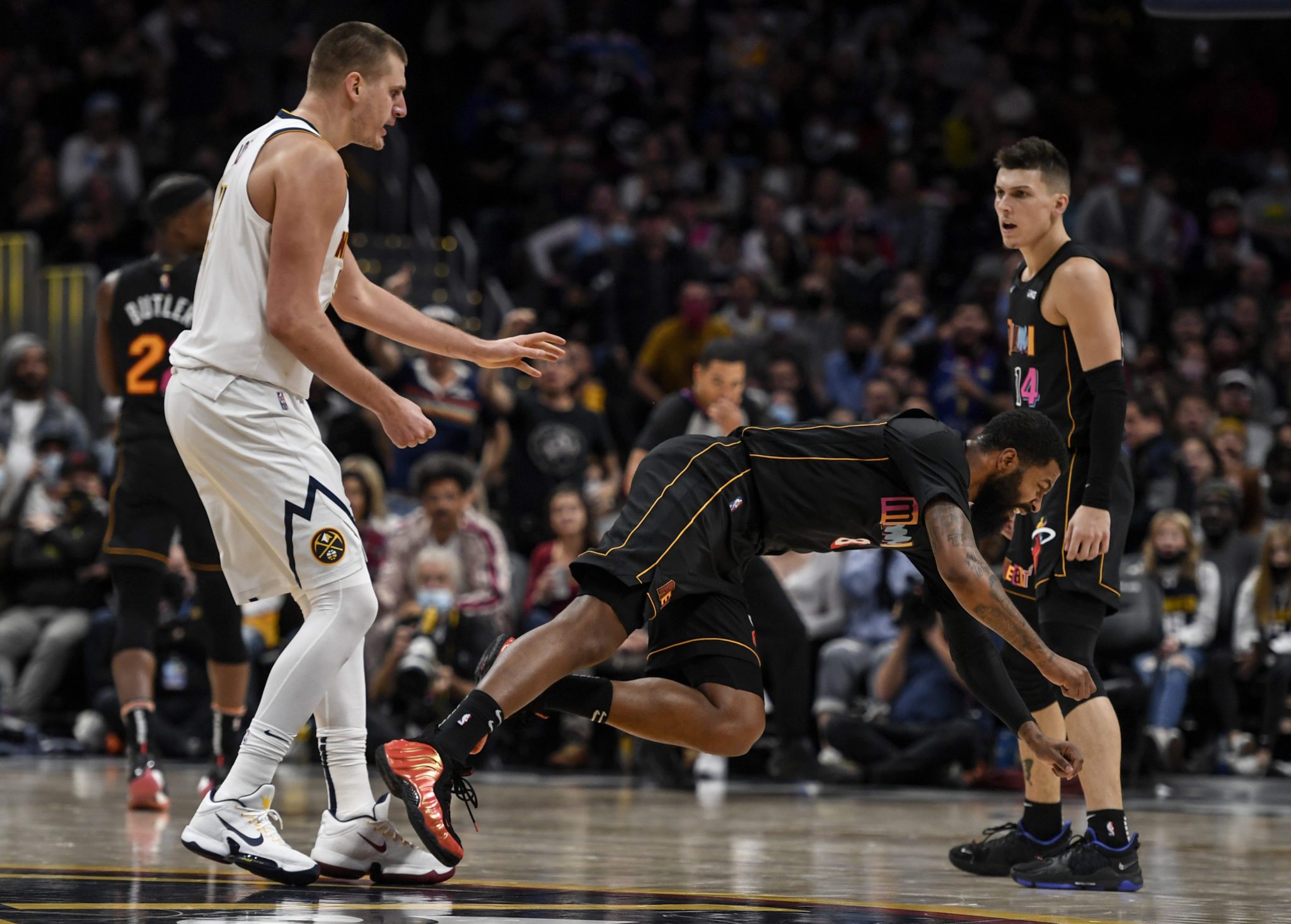 Miami Heat players have made their feelings clear regarding Nikola Jokic’s shoulder charge on Markieff Morris during Monday’s Heat-Nuggets game in Denver.

Morris was badly shaken up after Jokic hit him from behind, and his teammates were furious.

wait what is happening pic.twitter.com/ZGmZAAPR8n

Miami’s Jimmy Butler had a more animated response, repeatedly challenging Jokic to meet him out the back.

“BRING YOUR ASS TO THE BACK” pic.twitter.com/2pQk3MTvWN

“Waited till bro turned his back smh. NOTED,” he tweeted.

Waited till bro turned his back smh. NOTED ✍🏾

Jokic was retaliating to a heavy hit Morris landed on him seconds earlier, but he inflicted far more damage on Morris than Morris did on him.

The game had to be paused for an extended period of time and a stretcher was brought onto the court, although Morris was ultimately OK.

Jokic was ejected following the incident and could now face suspension.

“It’s a stupid play,” Jokic told reporters after the game. “I feel bad. I am not supposed to react that way. … I thought it was going to be a take foul. … I think it was a dirty play. And I just needed to protect myself.

“I felt bad, I am not supposed to react that way, but I need to protect myself… I don’t know who showed me the clip, and actually his head snapped back [after the shove] so I feel really bad. … It’s a bad move.”