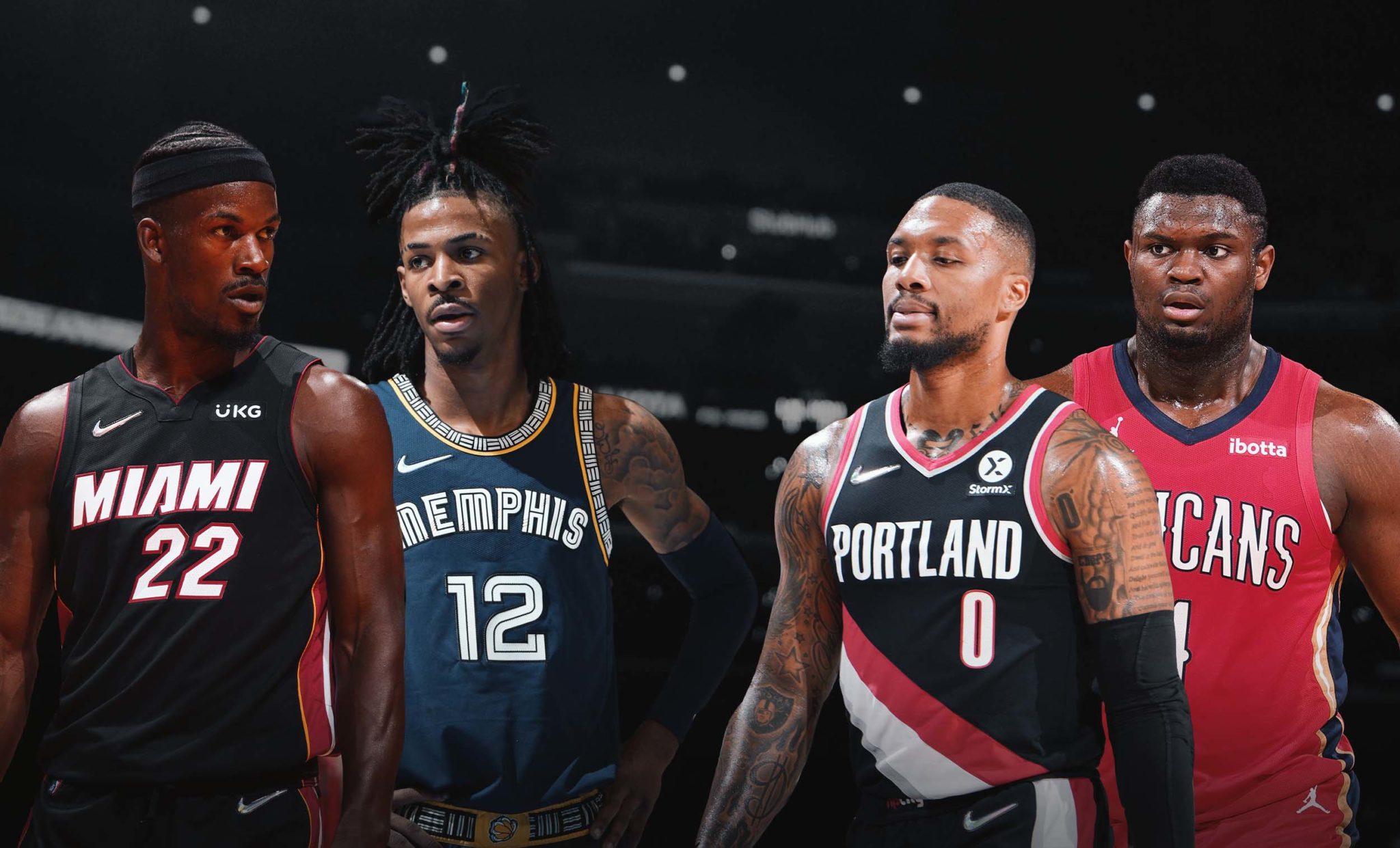 We are just two weeks into the season and yet so much has happened already. To help you keep track of everything, here are the league’s biggest winners and losers so far.

Ja Morant has improved out of sight, with his crafty drives and hugely upgraded pull-up game making him a nightmare to contend with.

Morant has been absolutely impossible to keep out of the paint, where he is the NBA’s equal leading scorer along with Anthony Davis, putting up 16.3 of his 27 points per game in the key despite being a 6-foot-3 point guard.

Most notably, he scored 37 points on 58 percent shooting in a season-opening win against the Cleveland Cavaliers, dropped 40 in a close loss to the LA Lakers four nights later, and followed that up with 30 points, seven rebounds, five assists, and four steals in an overtime road win against the Golden State Warriors.

With the exception of Cade Cunningham, just about every high-end draft pick has been producing the goods in the early going.

Evan Mobley was incredibly dominant on defense tonight. He deterred and affect so many shots.

A sampling I promise is worth the watch: pic.twitter.com/Qs82fdYKGT

Scottie Barnes is looking more like a veteran than a rookie, Jalen Green is an athletic spectacle, Evan Mobley is a defensive monster, Josh Giddey’s court vision is something to behold, and Chris Duarte is as fearless as they come.

What a rookie class this is shaping up to be.

He has been an integral part of the league’s nastiest defence, while leading the Heat to an equal NBA-best 6-1 record.

Meanwhile, Tyler Herro was facing questions over whether he had become caught up in Miami’s celebrity lifestyle after failing to use his sophomore season to build on his spectacular rookie campaign.

But he has well and truly alleviated those concerns this season with averages of 22.4 points, 6 rebounds, and 4.4 assists per game.  That’s enough to put him among the league’s top 25 scorers, and he’s doing it with 47/40/85 shooting splits.

The Charlotte Hornets are no longer a punchline, and that’s in large part thanks to LaMelo Ball and Miles Bridges.

Bridges is thriving in the Hornets’ up-and-down system, one which ranks fourth league-wide in pace, and he’s an excellent fit alongside the pass-happy Ball.

The high-octane duo is averaging a combined 43.5 points per game and has led the Hornets to a top-five offence. The problem now is their bottom-five defence, but at least there is finally some promise in Charlotte.

The Clippers might be 3-4, but Paul George has done an admirable job of carrying the team in Kawhi Leonard’s absence.

George is leading the league in scoring with 28.9 points per game. He’s also averaging a league-leading three steals per game, while shooting a career-best 50.7 percent from the field and 42.2 percent from three.

Carmelo Anthony is absolutely thriving as a spark off the Lakers’ bench.

Anthony’s 16.5 points per game average is his highest since his final Knicks season in 2016-17, and his 52.9 percent three-point shooting is the best in the league among players who have attempted at least five per game.

Not bad for a guy who was without a job not all that long ago.

Then again, Lillard is right to suggest his near-decade body of work is a more reliable indicator of what’s to come than just a handful of games.

You know this story by now so let’s stick to the ’25 words or less’ version of events: Ben Simmons tanked his own trade value with his petulant behaviour and embarrassed himself in the process, leaving his teammates, coaches and fans bitterly disappointed.

Things aren’t exactly going according to plan in Phoenix. The season began with Deandre Ayton being refused the maximum contract extension he wanted after helping the Suns to their first Finals in 28 years.

Then came the on-court problems. Despite bringing back all three big-name players from their Finals run, the Suns have been extremely underwhelming at both ends of the floor.

Already the Suns have suffered bad losses to the Nuggets and Blazers (the latter being a 29-point blowout) and they were hardly convincing in Tuesday’s win over the Pelicans, a game marred by 19 Phoenix turnovers.

So far, it’s hardly been the year of vengeance the Suns had in mind after last season’s heartbreak.