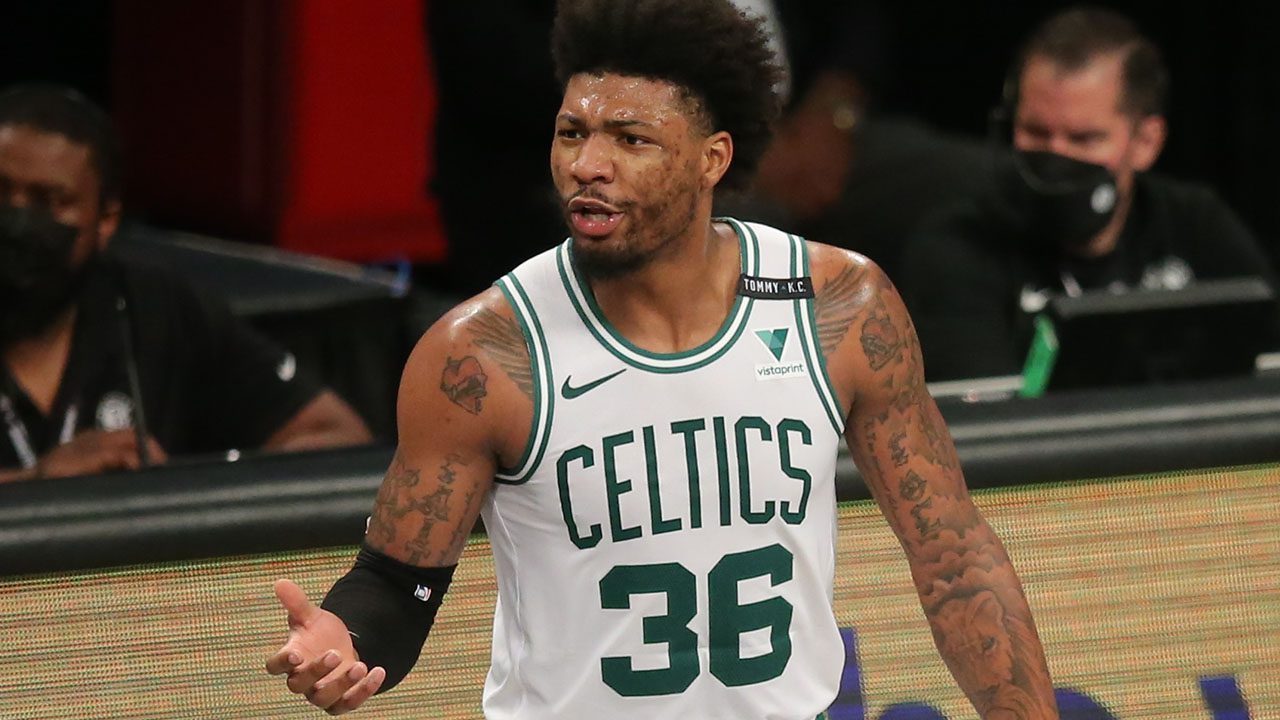 The Celtics’ Marcus Smart didn’t hold any punches after Boston lost their third game in a row last night, falling to the Chicago Bulls 128-114.

Up by 14 points at the end of the third quarter, the Celtics were outscored 39-11 in the fourth because, according to Smart, Jayson Tatum and Jaylen Brown are ball hogs.

“Every team knows we’re going to Jayson [Tatum] and Jaylen [Brown], and every team is programmed and studies to stop Jayson and Jaylen. I think everybody’s scouting report is to make those guys try and pass the ball. They don’t want to pass the ball, and that’s something that they’re going to learn,” said Smart after the game.

Brown finished with a team-high 28 points, and Tatum tossed in 20, but the star guards combined for just two points in the fourth.

“They are going to have to make another step and find ways to not only create for themselves but create for others on this team, to open up the court for them later down in the game where they don’t always have to take those tough shots or take tough matchups when they do get the one-on-one and then you bring a trap,” said Smart who finished with 16 points and 4 steals.

“I think it was probably towards the end of the third; stopped playing as hard as we were. Started to relax and got cute, careless,” said Udoka. ” Some nights, you deserve to lose.”

Whether the Celtics deserved to lose can be debated, but Smart’s discontent with Brown and Tatum has to be concerning for Boston.

“There’s only so much I can do without the ball in my hands. I just stand in the corner,” Smart said.

The Celtics rank 27th in the league for isolation offense, and Tatum and Brown hoisted up 40 attempts, almost half of Bostons’, in their loss to the Bulls.

The sooner Udoka can get more players involved in Boston’s offense, the sooner they may start putting some more w’s in the win column.