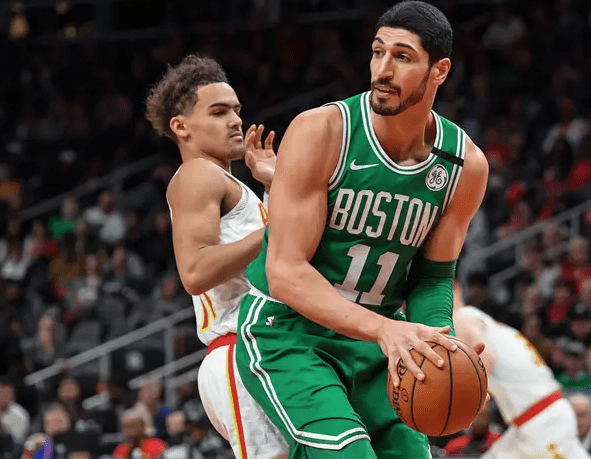 The Chinese media pulled Boston Celtics games off the air after 10-year veteran and human rights advocate Enes Kanter professed his support for the people of Tibet.

Kanter wore sneakers with the phrase “Free Tibet” for the Celtics’ season opener against the Knicks Wednesday night.

The shoes were designed by Badiucao, a dissident China-born cartoonist and artist based in Australia.

More than 150 Tibetan people have burned themselves alive!! — hoping that such an act would raise more awareness about Tibet.

I stand with my Tibetan brothers and sisters, and I support their calls for Freedom.#FreeTibet #FreedomShoes pic.twitter.com/MKxfs1l7GA

“Free Tibet. Tibet belongs to Tibet,” Kanter, wearing a t-shirt with the image of the Dali Lama, said in a video posted on Twitter and Instagram Wednesday before tip-off. “I’m here to add my voice and speak out about what is happening in Tibet. Under the Chinese government’s brutal rule, Tibetan people’s basic rights and freedoms are nonexistent.”

Chinese foreign ministry spokesman Wang Wenbin accused Kanter of trying to get attention and that the Chinese government  “will never accept those attacks to discredit Tibet’s development and progress.”

Boston is the second team to be dropped.

Philadelphia 76ers’ games are not streamed due to president of basketball operations Daryl Morey’s comments in support of Tibet two years ago when he was with Houston.

Morey’s tweet set off a relations nightmare for the league, which has a $1.5 billion deal with Tencent to air NBA content in China.

Tencent is the NBA’s largest partner outside the United States, with 490 million viewers watching Tencent’s NBA programming in 2018.

Friday, the six-foot-ten center followed his Tibet post with a video condemning the Chinese genocide against the Uyghur people.

Extensive documentation of slave labor camps and genocide against the Muslim-minority community in China spurred the US Senate to pass the Uyghur Forced Labor Prevention Act.

While the NBA has addressed injustice and systemic racism in the US, Kanter has remained consistent in his fight for justice and human rights around the world.

The 29-year-old is a wanted man in his homeland of Turkey for speaking out against Turkish President Recep Tayyip Erdogan.