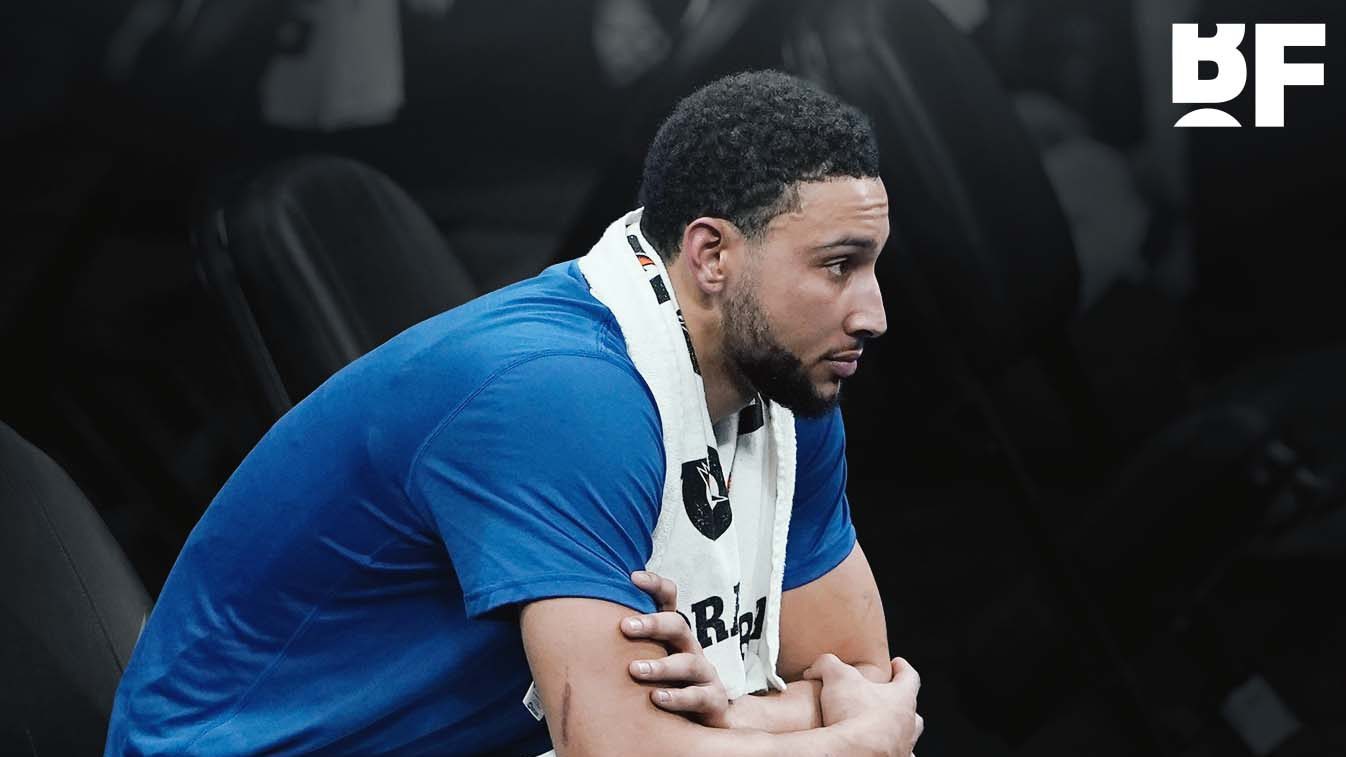 The 76ers are furious with Ben Simmons as they believe he is faking injury and mental illness, according to Philadelphia broadcaster Howard Eskin.

Simmons left practice without participating on Thursday. He complained of back tightness and briefly received some treatment for it, before being cleared for his scheduled individual workout. But he left the team’s facility without hitting the practice court.

According to Sources, belief by #Sixers Ben Simmons is faking injury and mental illness. He came in 2day and said he had back stiffness and mentally not ready to play. Mental illness is serious issue and team is livid Simmons went down that road. Team plans to fine him every game

Simmons is certain to miss Friday’s game against the Brooklyn Nets and is not expected to play for “an undetermined period of time”, according to The Athletic’s Shams Charania.

This latest development comes as 76ers general manager Daryl Morey says he is prepared for the Simmons saga to drag on for four years.

“You’re going to think I’m kidding, I’m not, this could be four years,” Morey said. “The conditions I’m pointing out to you don’t change.”

READ MORE: The Best Reactions to Ben Simmons Getting Kicked Out of Practice

Meanwhile, 76ers players have been doing their best to rise above the Simmons drama. They gathered for a team dinner ahead of Tuesday’s season opener in an attempt to band together.

“It’s good to just go out and kinda not talk about basketball and talk about life,” Joel Embiid said. “That’s also an evolution for me, because I usually, when I used to go on the road, I’d just like to stay in my room and be on the phone and play video games.”

Doc Rivers said his team had handled the situation well.

“[The players] have been normal, the only abnormal part is when they have to talk to the media afterwards and they’re asked questions [about Simmons]. It’s about playing basketball and growing together, and they’ve done a great job of that.”