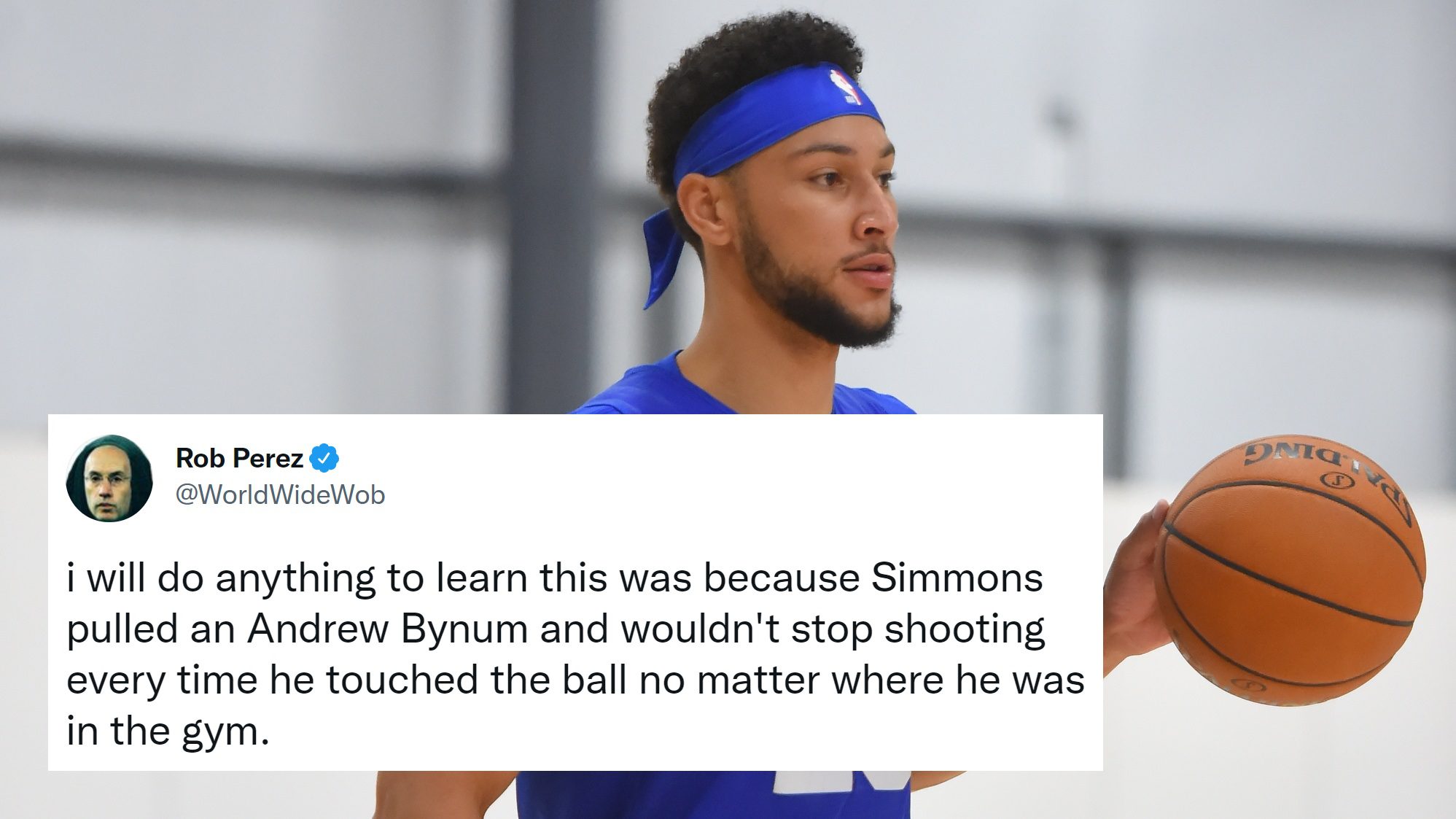 That was followed by Joel Embiid saying “I don’t care about that man, he does whatever he wants.”

Here’s how NBA Twitter reacted to the latest carnage in Philly:

If Ben Simmons’ intention was to demolish his trade value and implode the #Sixers as he leaves them behind, mission accomplished.

watching ben simmons & the sixers go at it pic.twitter.com/zatcMUKwFA

Ben Simmons has been unprofessional, to put it mildly. Oddly, his behavior has hurt his trade value and his reputation, and it has made him far more difficult to move him for any fair value, something he claims to want.

I’d love to talk to the guy in Ben Simmons circle who keeps reassuring him that every move he’s made is the correct one. Fascinating twist of logic

imagine if Jimmy was still on this team.

How Ben Simmons walked into Sixers practice this morning pic.twitter.com/I0JmMTau0G

Doc Rivers: “You’re not going hard enough, get out of practice!”

i would have actually considered defending Ben Simmons if Doc yelled “do you plan on trying?” at him at practice today and Ben answered with: pic.twitter.com/QAsd7Ach0O