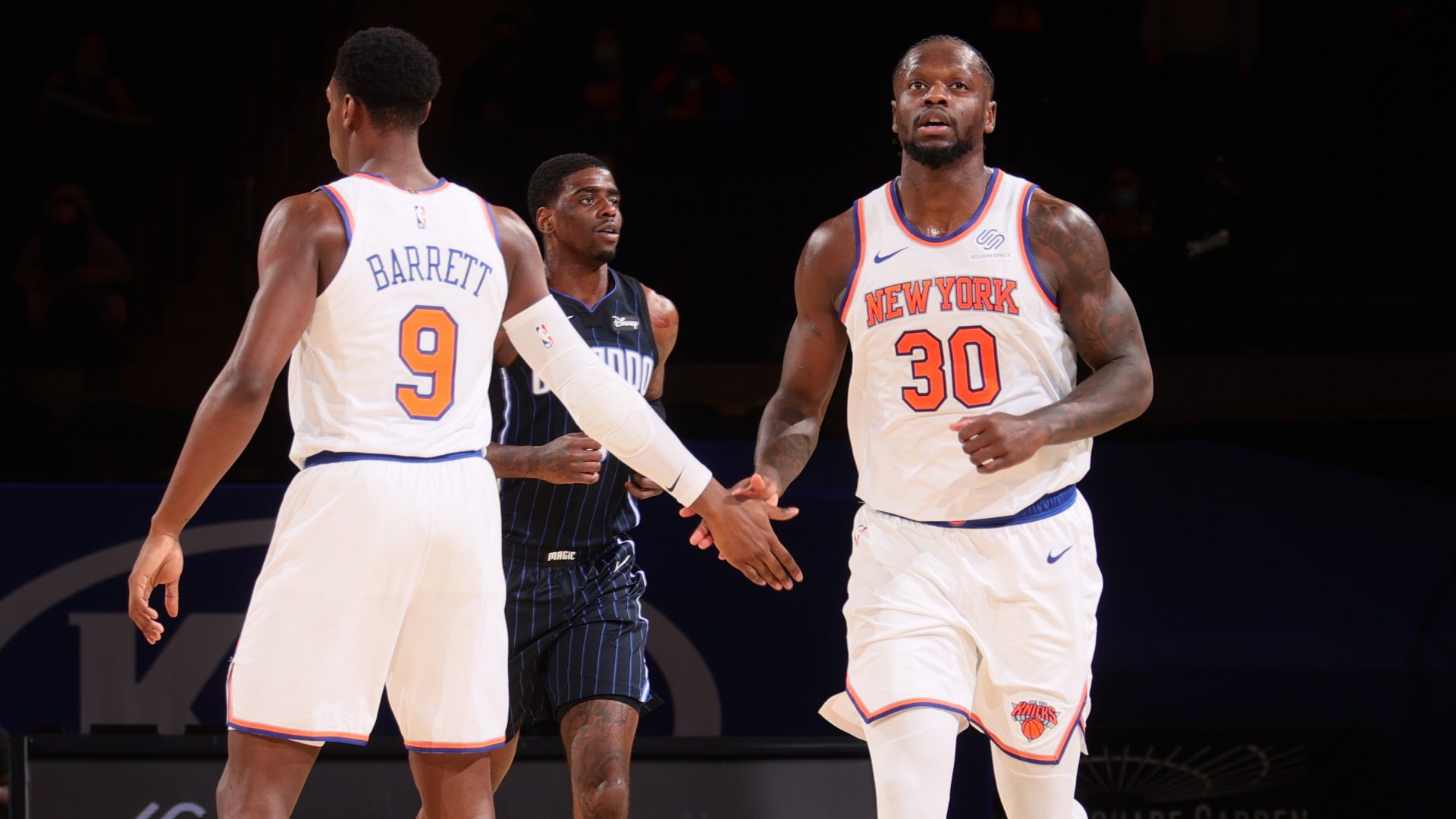 The last time the New York Knicks were NBA champions, Walt Frazier was running the point, and Phil Jackson was coming off the bench.

Still, despite their lack of success on the court, Forbes ranked the franchise as the most valuable team in the league for the seventh straight year.

The Knicks’ worth rose 16 percent last year to a total value of 5.8 billion.

The average value of all NBA franchises increased 13 percent to $2.48 billion, notwithstanding losses incurred from the COVID-19 pandemic.

The Golden State Warriors, at $5.6 billion, hold the No. 2 spot, and the Los Angeles Lakers were third at $5.5 billion.

Rounding out the top 5 were the Chicago Bulls at $3.65 billion and the Boston Celtics at $3.55 billion.

The defending champion Milwaukee Bucks came in at No. 17 with a value of $1.9 billion, and the final No. 30 spot belongs to the Memphis Grizzlies, valued at $1.5 billion.

All of the top franchises benefit from lucrative local TV and radio contracts and revenues from luxury boxes and advertising at their arenas.

New York, LA, and Chicago are in the top three media markets in the US, with Golden State and Boston filling the No. 6 and No. 9 spots.

In addition to media contracts, tickets, luxury suites, and arena advertising, teams now bring in cash from jersey patch sponsorships that started in the 2017-18 season.

Last month the Brooklyn Nets landed a jersey patch deal worth an NBA-record $30 million a year, which helped increase the value of the Nets by 21% to $3.2 billion.

The Lakers struck a new deal with Korean food maker Bibigo at $20 million, and the Philadelphia 76ers signed a $10 million deal with Crypto.com

The NBA averages $2.66 billion from Walt Disney’s ABC and ESPN and AT&T’s Turner Broadcastingper year, but media expert Lee Berke told Forbes, “My projection is that the NBA’s media deals will double in value, thanks in part to a substantial boost in streamed content.”

Along with the leagues’ interest in China and plans for Latin America, teams’ individual wealth can only be expected to grow expeditiously.