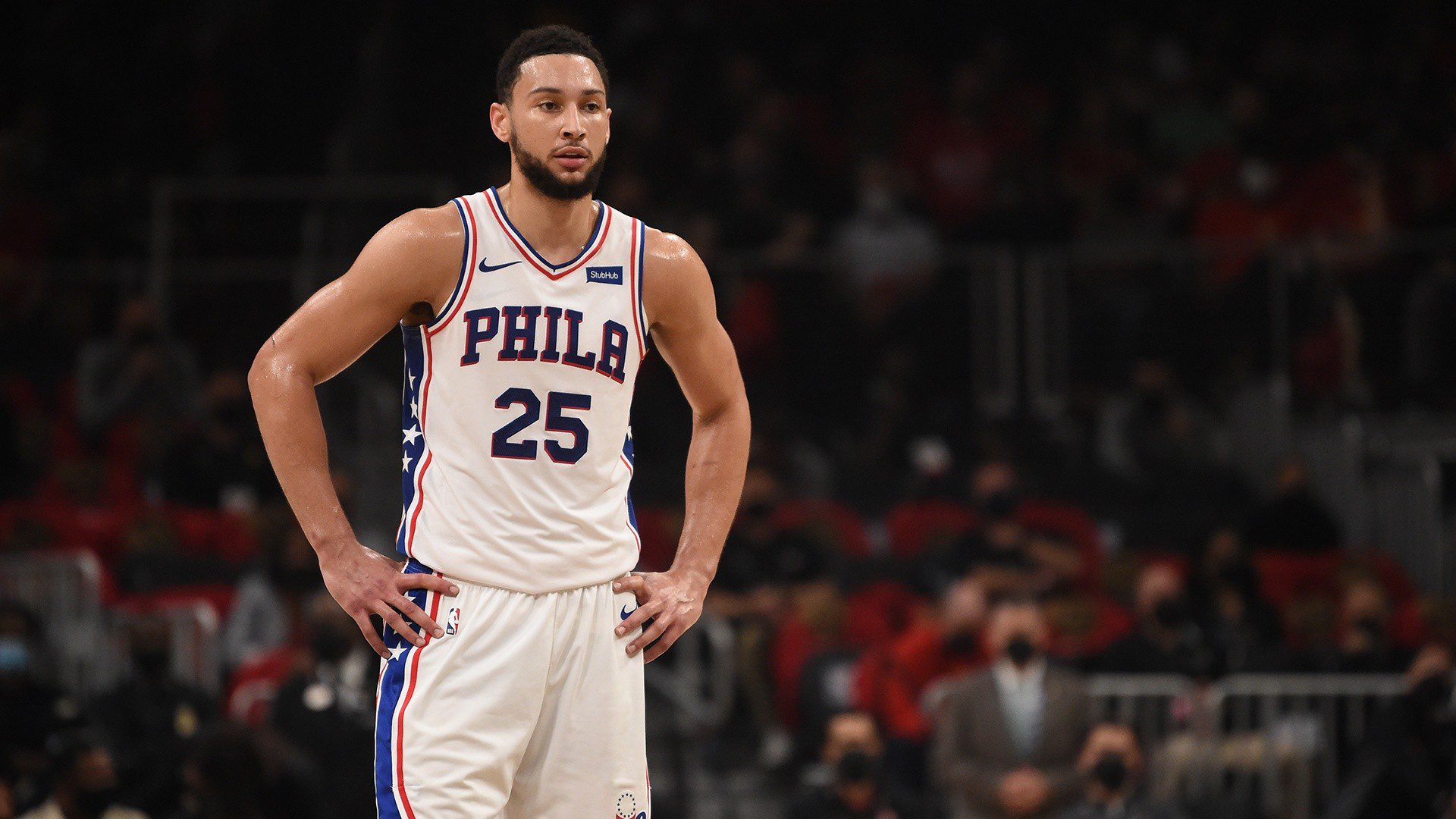 After weeks of speculation and saying he would never come back, embattled Sixers’ guard Ben Simmons returned to the City of Brotherly Love and joined his teammates at their Camden, New Jersey, practicing facility.

It was the first time Simmons has been with the Sixers since they lost to the Atlanta Hawks in the playoffs last season.

We were getting ready to go live on @6abc to talk about Ben Simmons return to the Sixers and look who drove by! pic.twitter.com/a1dvHZ6bwl

The 25-year-old left before the media was permitted into practice, and head coach Doc Rivers said he wasn’t sure if Simmons would play opening night.

“I don’t know yet,” said Rivers. “I’m gonna wait and see. Conditioning, I would say, just watching him, I think he was in decent shape. Still not obviously game shape, because you can do all this stuff, but overall, yeah.”

Conditioning would seem to be the least of Simmons and the team’s worries with all the bad blood that’s been spilled leading up to Simmon’s return.

All-Star Joel Embiid broke his silence more than two weeks ago on the Simmons’ holdout.

“The situation is weird, disappointing, borderline kind of disrespectful to all the guys that are out here fighting for their lives,” Embiid told Kyle Neubeck for the Philly Voice.

Now that Simmons is back, the Sixers will have to adjust, but how much will depend on Simmons’ viability as a trade asset.

“Right now I’m just trying to get him back comfortable and integrated,” Rivers said per Philly Voice. “That’ll come at some point, but there’s no gameplan there, I’ll tell you that. When he’s ready, he’ll play.”

Simmons has four years and $147 million left on his max contract with the 76ers.

His return was reportedly motivated by the more than $1 million in fines he had accrued and  Philly withholding his $8 million paycheck.