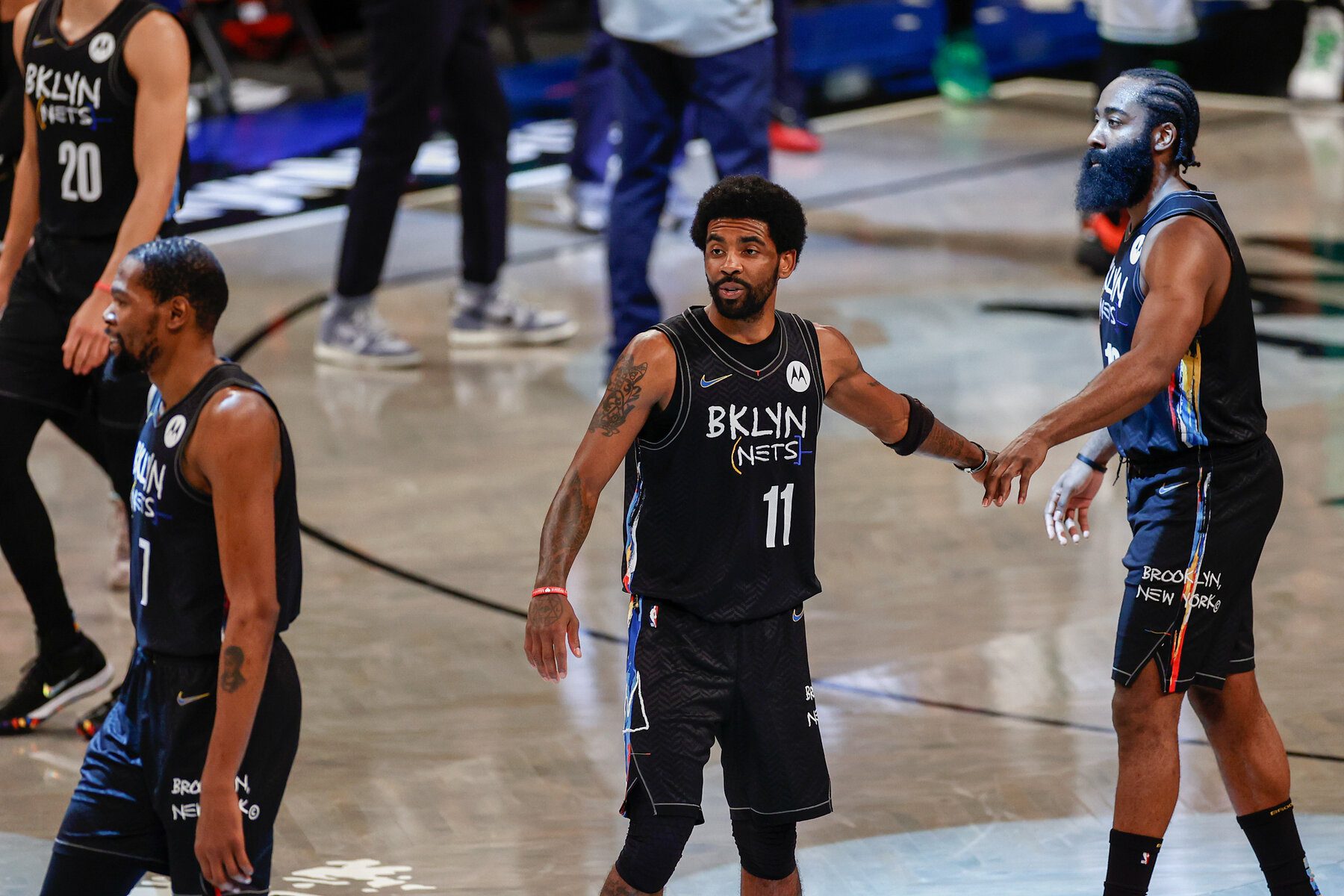 Brooklyn is gunning for the title this season, and if Kyrie Irving isn’t available full time, then the Nets say they will play without him.

“Given the evolving nature of the situation and after thorough deliberation, we have decided Kyrie Irving will not play or practice with the team until he is eligible to be a full participant. Kyrie has made a personal choice, and we respect his individual right to choose. Currently the choice restricts his ability to be a full-time member of the team, and we will not permit any member of our team to participate with part-time availability. It is imperative that we continue to build chemistry as a team and remain true to our long-established values of togetherness and sacrifice. Our championship goals for the season have not changed, and to achieve these goals each member of our organization must pull in the same direction. We are excited for the start of the season and look forward to a successful campaign that will make the borough of Brooklyn proud.”

The decision comes after weeks of speculation on whether the Nets would allow Irving to play just half the season due to his unvaccinated status.

Recently, when word broke that Irving would be available for team practices, Durant told the New York Post’s Brian Lewis, “We want him here for the whole thing, practices, home games, shootarounds. Hopefully, we can figure this thing out.”

“That is always tough when guys are in and out of the lineup, especially a starter like Kyrie. I don’t know what the plan is going forward right now… So keep playing and focusing on what we’re focusing on in the locker room, and once they figure it out we move forward,” said Durant.

Marks did not say if he informed Irving directly, and Irving’s camp has not commented yet.

“Kyrie has made it clear he has a choice in this matter, and it’s ultimately going to be up to him what he decides,” Marks said.

The Nets play the Bucks in Milwaukee Tuesday night.