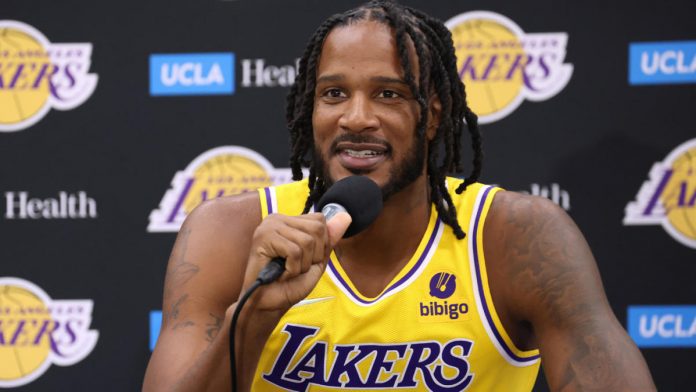 Ariza underwent an arthroscopic debridement procedure on his right ankle, the Lakers announced on Wednesday.

The 36-year old veteran is expected to make a full recovery, though doctors will not re-evaluate him for eight weeks.

It’s unclear when Ariza will be able to take the court and make his Lakers debut after missing most of training camp due to the injury.

Los Angeles is scheduled to open the season in less than two weeks against the Golden State Warriors, but the best-case scenario for Ariza’s return is the Christmas day game or earlier.

Ariza is one of 11 new players brought to LA this offseason.

The former UCLA standout is entering his 18th season in the league while starting his second stint with the Los Angeles Lakers.

Ariza played alongside Kobe Bryant with the 2008-09 championship team, which defeated the Orlando Magic.

Including the Lakers, Ariza has played with 11 teams total.

Last season Ariza averaged 9.4 points and 4.8 rebounds in 30 games for the Miami Heat.