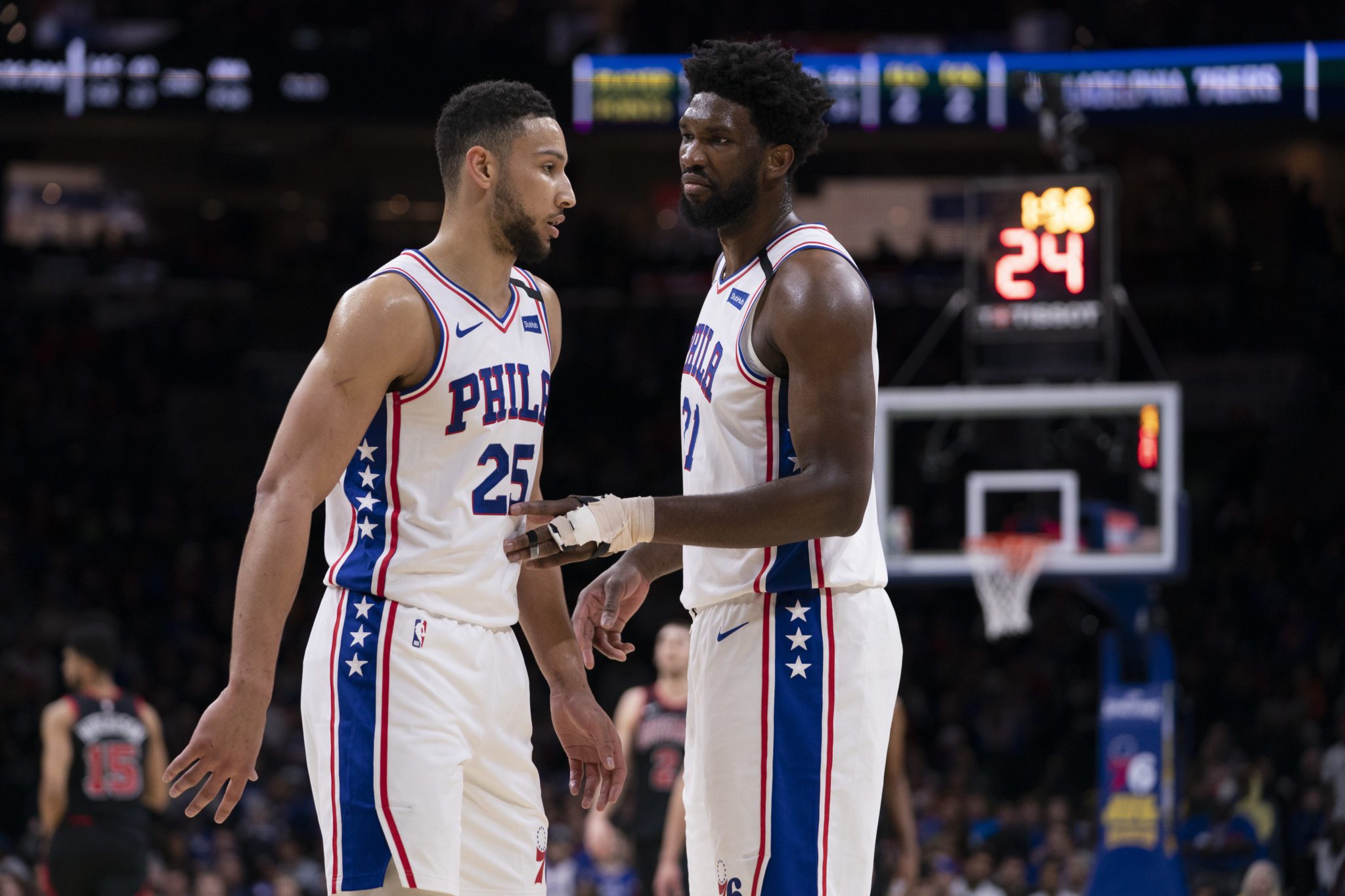 After weeks of saying all the right things about Ben Simmons, Joel Embiid has for the first time given his honest opinion about his estranged 76ers teammate.

“The situation is weird, disappointing, borderline kinda disrespectful to all the guys that are out here fighting for their lives,” Embiid told reporters at training camp on Thursday.

The Athletic previously reported Simmons believed Philadelphia “build its basketball ecosystem around Embiid”, which he felt “simply isn’t conducive to the way he needs to play”.

But Embiid says the team was built to suit Simmons’ needs, not anyone else’s, which is what makes this whole saga so upsetting to the star big man.

“I mean the reason we signed Al (Horford) is (him),” Embiid said. “We got rid of Jimmy (Butler), which I still think was a mistake, just to make sure that he needed the ball in his hands and that’s the decision they made.”

“And we still have (shooting). We’ve got Seth (Curry), like I said, one of the best 3-point shooters ever. Danny Green, Tobias (Harris) is a 40 percent 3-point shooter. Furkan (Korkmaz) coming off the bench. … We just added Georges (Niang). So I feel like our teams have always been built around his needs.”

These comments are unlikely to sit well with Simmons, who has shown an undeniable sensitivity to criticism. But Embiid, rarely one to hold his tongue despite showing recent restraint, is clearly too over it to care.