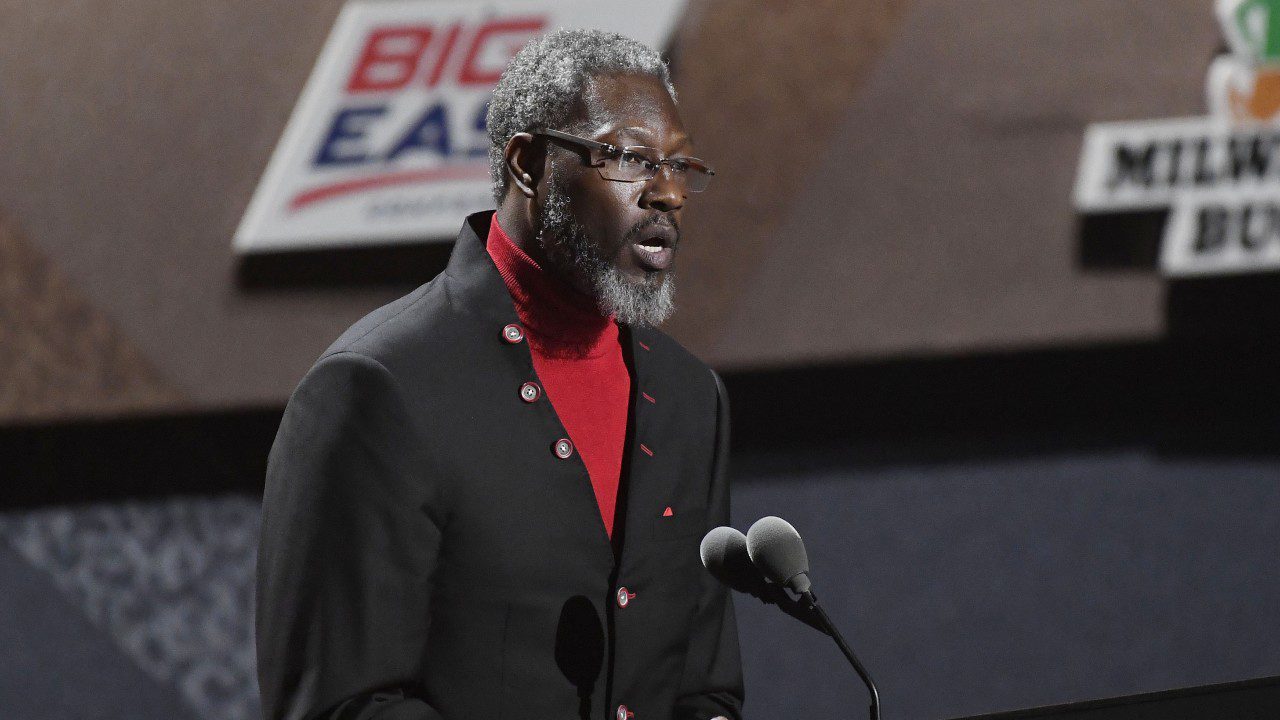 It was a day of celebration and reverence as the Naismith Memorial Basketball Hall of Fame Class of 2021 was enshrined on the 20th anniversary of September 11.

A record sixteen inductees took the stage to be honored, including Celtic great Bill Russel, who was inducted for the second time as a coach instead of a player.

Russel joined Lenny Wilkens, Bill Sharman, and Tom Heinsohn as the only individuals honored in both roles.

The 11-time champion was the first Black coach in the history of US professional sports and the first Black to be inducted into the Basketball Hall of Fame back in 1975.

Former President Barak Obama did the honors via video.

During his speech, Paul Pierce thanked the nine NBA teams that passed on him in the 1998 Draft.

Former Miami Heat Big 3 star Chris Bosh took advantage of his time on stage to return a championship ring coach Pat Rilley had loaned Bosh in an effort to convince him to sign with the Heat back in 2010.

Toni Kukoc thanked former Bulls teammates Michael Jordan and  Scottie Pippen for “kicking my butt” in the 1992 Olympics and making him work harder as a player.

Chris Webber expressed his appreciation to presenters Isiah Thomas and Charles Barkley for being role models for his career on and off the court.

Former Detroit Piston Ben Wallace gave one of the most touching speeches, prompting a call for an encore from the crowd.

“Legacies are built to last. But what type of legacy are you building? What potential legacy? I’ll tell you my legacy: I wasn’t welcome. I was too small. I couldn’t play the game the way they wanted me to play the game. Sound like an uneven game to me. Put me on a level playing field, and I’ll show you,” said Wallace before raising his fist and saying “Panthers march.”