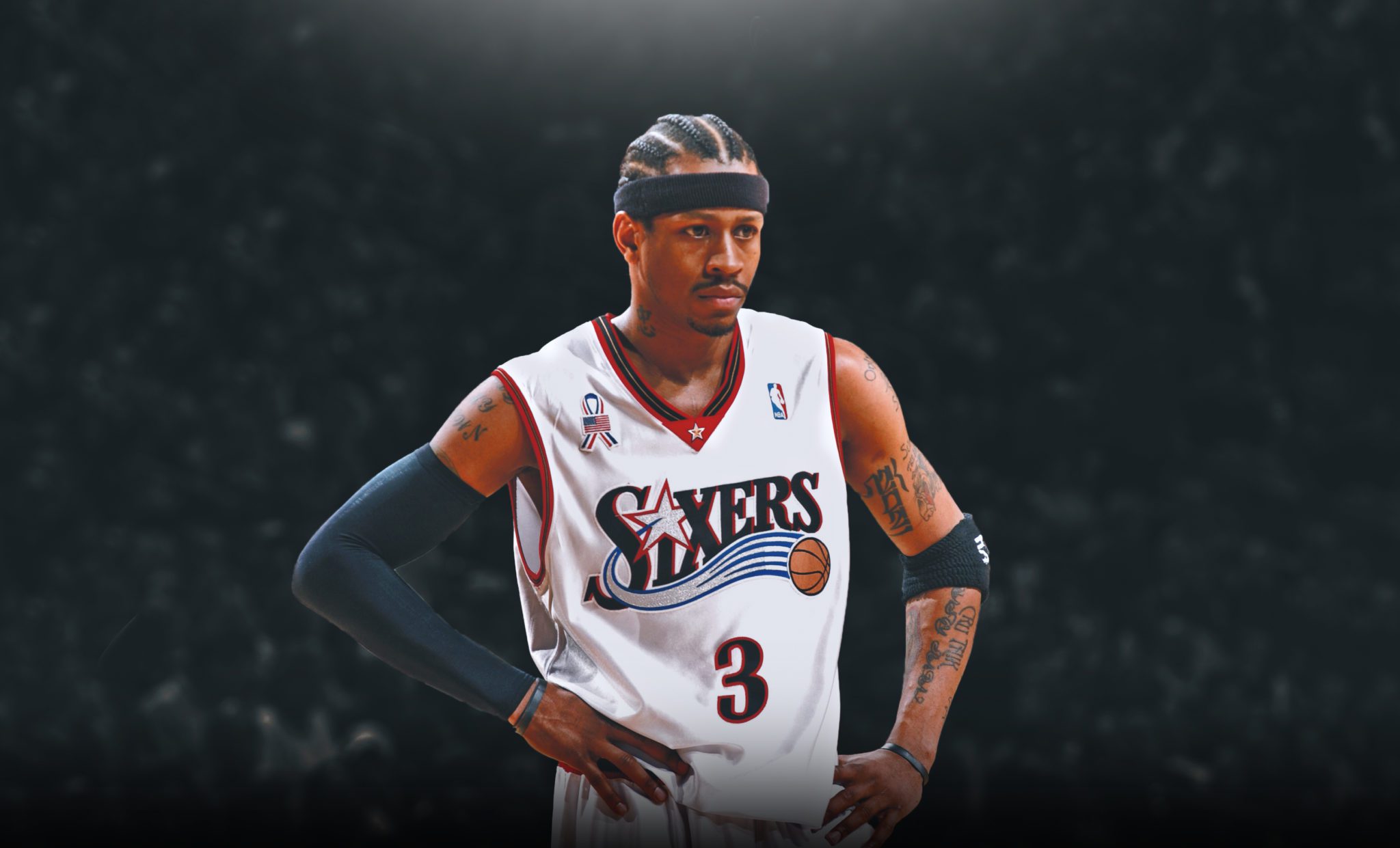 When Allen Iverson addressed the media following a disappointing 2001-02 season and repeated the word “practice” more than 20 times in a matter of minutes, his comments were destined for infamy.

And while it remains common meme fodder to this day – Apple TV+ series “Ted Lasso” even referenced it verbatim as recently as last year – there is a much darker backstory here.

While the context behind Iverson’s comments has been touched on by some, the full story remains unknown to many.

When Iverson showed up to speak to the media that day, it was clear something was wrong. For starters, several people in the room suspected Iverson had been drinking, as mentioned in 2015 Iverson biography “Not A Game” by Kent Babb.

Some were amused, and others watched the trainwreck unfold — knowing from experience that Iverson was drunk. “He was lit,” said [Philadelphia Daily News’ John] Smallwood, who attended the conference. “If he had been sober, he would have been able to get himself out of that. He never would’ve gone down that path. Maybe you had to have been around him all the time to know the difference, but we all knew.”

“I assume he went and fooled around somewhere,” Brown said, tipping his hand upward like a bottle.

If Iverson had been drinking, it certainly wasn’t in celebration. His best friend Rahsaan Langeford was shot and killed seven months earlier. Iverson was still struggling to process what had happened. To top it off, the murder trial for the man accused of killing Langeford began just days before Iverson’s infamous press conference.

“Nobody looks at the whole comment Allen made,” Scoop Jackson said in the 2014 documentary “Iverson”. “He was talking about his boy dying … [The media] would not play that full track.”

It’s true. While Iverson’s practice comments were played repeatedly on national TV and later did the rounds on YouTube, very few people were ever exposed to what Iverson said next:

“I’m upset for one reason: ‘Cause I’m in here. I lost. I lost my best friend. I lost him, and I lost this year. Everything is just going downhill for me, as far as just that. You know, as far as my life. And then I’m dealing with this. … My best friend is dead. Dead. And we lost. And this is what I have to go through for the rest of the summer until the season is all over again.”

According to former staff writer at The Ringer and popular NBA podcaster Haley O’Shaughnessy, the media knew exactly what they were doing.

“Even before it was a joke, it was an excuse to call AI lazy and uncommitted,” O’Shaughnessy wrote on Twitter earlier this year. “It was all extremely cruel and it was a conscious choice media made.”

It’s hard to argue that Iverson’s quotes, out of context, suggested he wasn’t dedicated to his craft. But in reality, it all came back to the fact he was struggling with a heart-wrenching tragedy.

Parts of that press conference may have seemed funny without the full picture, but it was the furthest thing from a joke.