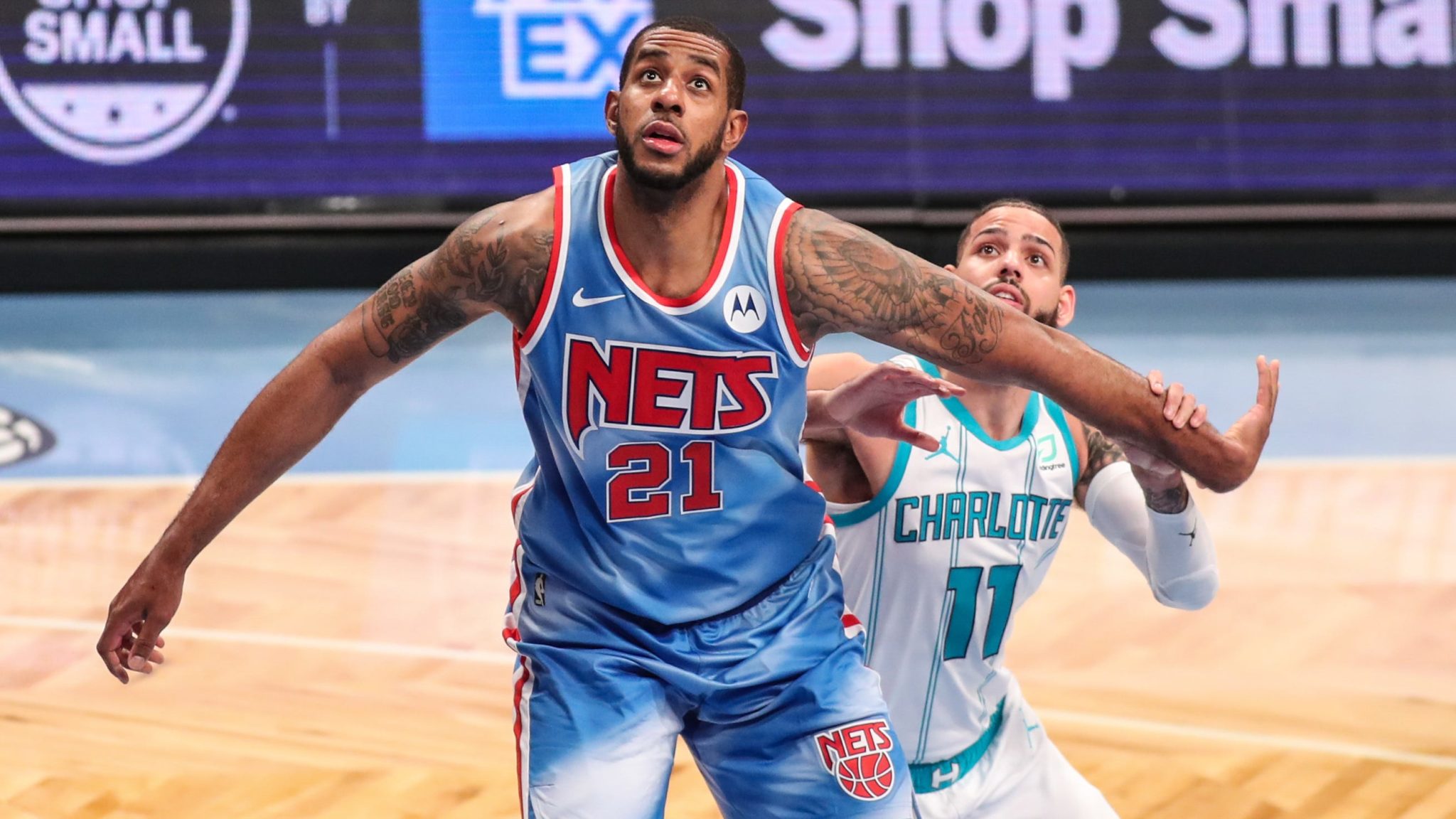 Seven-time All-Star LaMarcus Aldridge was cleared for an NBA return after an irregular heartbeat during a game abruptly ended his career back in April.

Shams Charania of The Athletic first reported the news that the 36-year-old received “full medical clearance.”

Aldridge played five games with the Brooklyn Nets after the San Antonio Spurs bought out his contract.

Those same Nets are favored to sign the 15-year veteran, big man.

Seven-time NBA All-Star LaMarcus Aldridge has been cleared to play again, passing all of the necessary tests, sources tell @TheAthletic @Stadium. The Nets are leaders to sign Aldridge, sources said.

Aldridge averaged 19.4 points and 8.2 rebounds per game for his career before joining Brooklyn, where he put up 12.8 points on 52.1 percent shooting with 4.8 rebounds and 2.6 assists in 26 minutes per game.

The 6-foot-11 center/power forward has played his entire career with a heart condition known as Wolff-Parkinson-White disease that causes a rapid or irregular heartbeat.

On the night of April 10, he experienced an “irregular rhythm the whole game” that he had not experienced in his career.

His heart rate didn’t improve in his hotel, and from 2 to 5 a.m., he tried “to evoke some breathing,” he told Charania.

Aldridge then texted the team doctor at 5:30 a.m. and went to the hospital.

He described it to Charania as “probably the scariest night ever.”

“It’s very unpredictable, and I didn’t want to keep playing and feeling the way I felt that night anymore and risk … no one knows for 100 percent if you can have something bad happen. My first time in 2006, I blacked out on the bench. That’s when we first found out that I had this condition. So what if I’m on the court and a big guy is coming down the lane, my heart is beating funny, and then I blackout? He runs into me, and I can hurt my head on the floor. I can be paralyzed. What if I’m going for a dunk, and I blackout? There’s so many things that can happen in a bad way.”

LaMarcus Aldridge admitted to Charania that he struggled to find who he was outside of basketball, and he was dealing with depression.