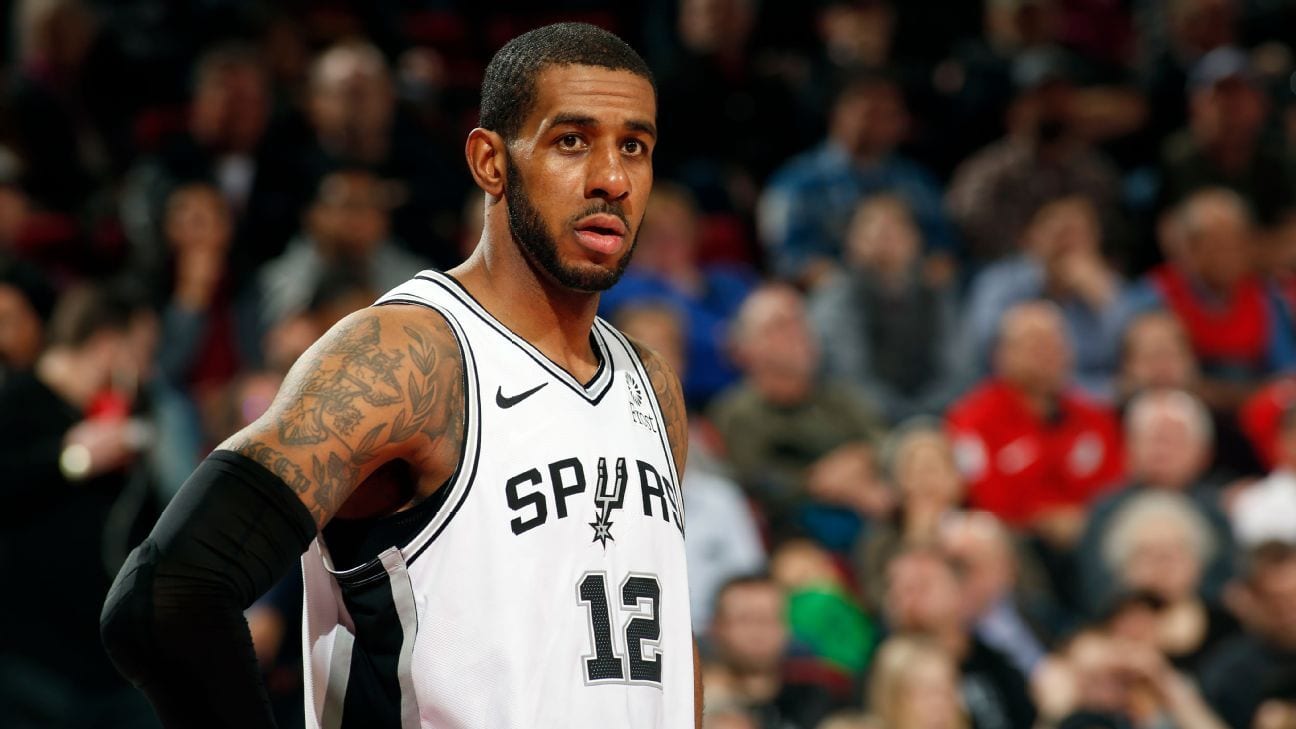 After almost six seasons together, LaMarcus Aldridge and the San Antonio Spurs are calling it quits.

Head coach Greg Popovich said Aldridge is healthy, but the Spurs and Aldridge have “mutually agreed to work out some opportunities for him.”

“He won’t be with the team moving forward,” Popovich said before San Antonio tipped off against the Dallas Mavericks at American Airlines Center.  “He’s been a great teammate. There was no problem there. We just think this is a win-win for both LaMarcus and the club. So when an opportunity arises, that’ll be up to management, his agent, and that sort of thing, and we’ll all move forward.”

ESPN’s Adrian Wojnarowski reported that the Spurs are currently looking at several different trade options for Aldridge and are confident they can avoid a contract buyout.

Spurs are working on trade scenarios with LaMarcus Aldridge and have been engaged on several fronts, sources tell ESPN.

Many teams have expressed interest in Aldridge, 35, according to Wojo’s sources.

The Spurs have told the seven-time All-Stars he is also free to “work on some opportunities elsewhere.”

Aldridge is averaging 13.7 points, 4.5 rebounds, and 1.7 assists in 25.9 minutes a game this season, his lowest output since his rookie year.

The six-foot-eleven center-forward has missed eight of the team’s last 11 games due to hip and quadriceps injuries.

The Spurs are currently seventh in the Western Conference.

“He’s done everything we’ve asked. At this point, we’d just like to do something that will work for him as much for our club because he deserves that,” said Popovich.

Most of the league is just trying to keep up with the Brooklyn Nets, who recently added veteran Blake Griffin to their arsenal.

Aldridge, who started his career in Portland, could find himself back in a Trail Blazers’ jersey,  but the Miami Heat could use Aldridge’s mid-range jumper.

The Lakers are looking for some extra insurance for the injured Anthony Davis, but the Celtics are one of only two teams in the league, along with the Oklahoma City Thunder, who could afford Aldridge outright.

The trading deadline is March 25.