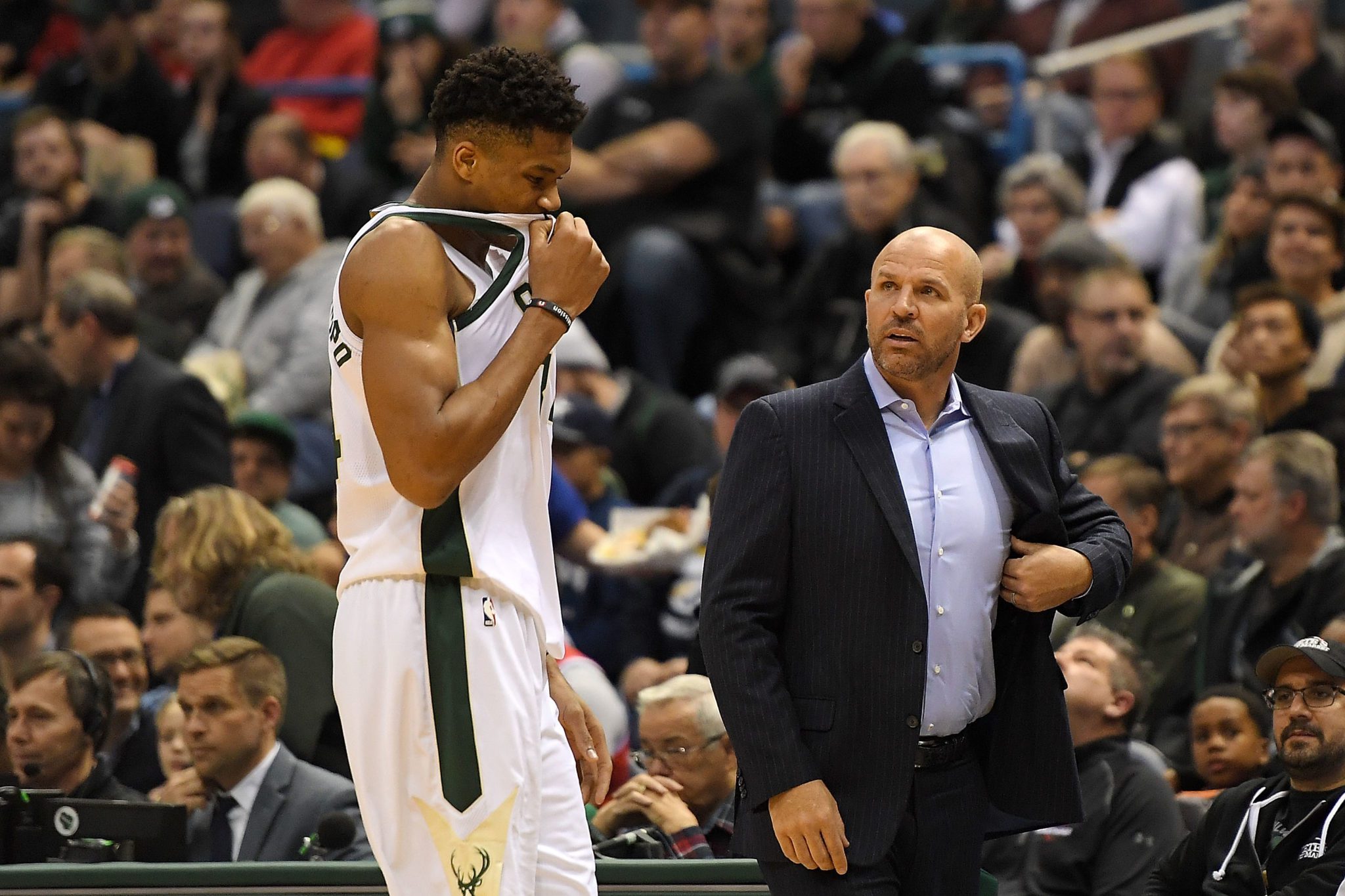 Giannis: The Improbable Rise Of An NBA MVP by Mirin Fader recounted several incidents in which Kidd crossed the line with players including a Christmas practice that drove Milwaukee Bucks center Larry Sanders to check himself into a hospital.

“Did Giannis write it?” Kidd asked Mac Engel with Yahoo! Sports. “I’m waiting for Giannis for when he writes it. I’m aware of [the book], but if it’s not from Giannis I won’t pay attention to it. That book or whatever everyone wants to make a big deal about … I mean, he didn’t write the book.”

“We helped build [the Bucks].” Kidd said. “There are no feelings about it because it was not Giannis’ book. The cool thing is my relationship with Giannis goes beyond basketball. I talked to him a couple of hours after his son was born. Cool little name, ‘Maverick.’ See, you guys didn’t know that. That’s how close we are.”

The feeling seems mutual, with Giannis giving props to Kidd after the Bucks won the title.

Giannis Antetokounmpo gave a shout out to Mavs coach Jason Kidd in his post-game press conference explaining how Kidd helped his development.

On ESPN's The Jump, Kidd shared his thoughts on Giannis' praise and on the two-time MVP leading the Bucks to a championship. pic.twitter.com/W3IXfWWGkf

Kidd may have brushed off the shocking claims made in Fader’s book, but reactions to the former NBA player’s coaching “approach,” combined with his history of domestic abuse, caused a bit of an uproar.

Related Article:  Giannis Antetokounmpo Open to Playing for the Bulls

Still, the first-year coach, who has the full support of owner Mark Cuban, seems unfazed as he looks forward to coaching one of the biggest young talents in the NBA, Luka Doncic.

This won’t be Kidd’s first rodeo in Dallas.

The 10-time All-Star played eight seasons with the Mavs, including their first and only title season in 2011.