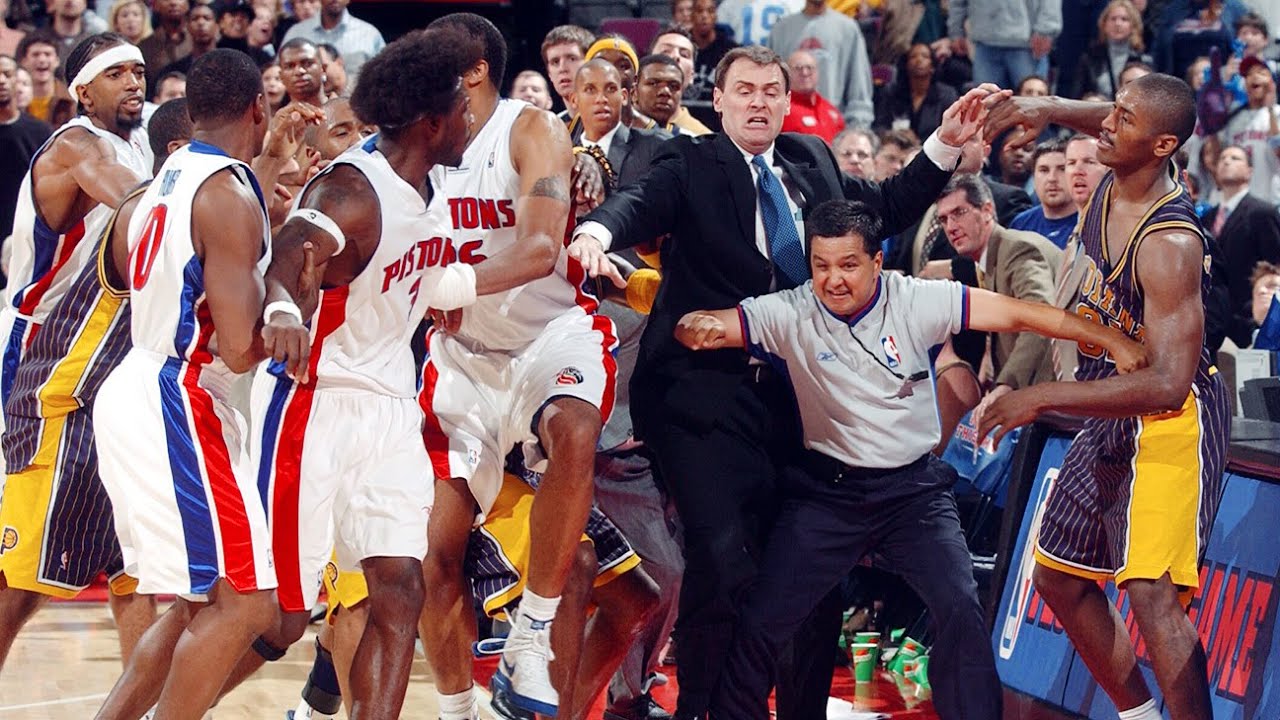 “Malice in the Palace” was a night of infamy for the NBA, but a just-released Netflix documentary sheds new light and insight onto the 2004 incident.

Untold interviews key figures from the Indiana Pacers-Detroit Pistons brawl that saw players running into the stands and fans racing down on the court.

Through footage and interviews, the documentary explores how one story took hold after the incident, placing the blame on the players and painting the NBA as a league of “thugs,” and how the incident derailed a championship-bound Pacers team and tainted the careers of those involved.

“It’s hard to explain to people from suburban America,” Metta World Peace (formerly Ron Artest) said in the documentary. “I want the story out there. Like what happened frame by frame.”

On the surface, the “Malice in the Palace” was presented as a case of entitled, rich players gone bad.

Again and again, footage of Ron Artest running into the stands was shown, with media personalities placing most if not all the blame on the Pacer players.

But in Untold, viewers learn Detroit prosecutors placed the blame on fans, and if it had not been for the brawl, interviewees in the documentary reason, the Pacers would have won the 2004-05 championship.

“If the brawl wouldn’t have happened, we would have been champions, no question about it, no question,” said Stephen Jackson. “That’s the only thing I regret about the whole situation is not being able to do what we said we were going to do for Reggie.”

The fact that the brawl even happened is an anomaly.

There were only 45.9 seconds left when Artest fouled Ben Wallace setting off the chain of events that would lead to an all-out brawl in the Palace of Auburn Hills.

After players exchanged shoves and barbs, Artest retreated to the scorer’s table.

We learn in the documentary that Artest was utilizing coping mechanisms provided by his therapist.

The situation seemed to be under control, but once the fan threw his drink at Artest, all hell broke loose.

Untold may not be the last story told about the “Malice in the Palace,” but it sheds light on the complexity and effects of that fateful night.