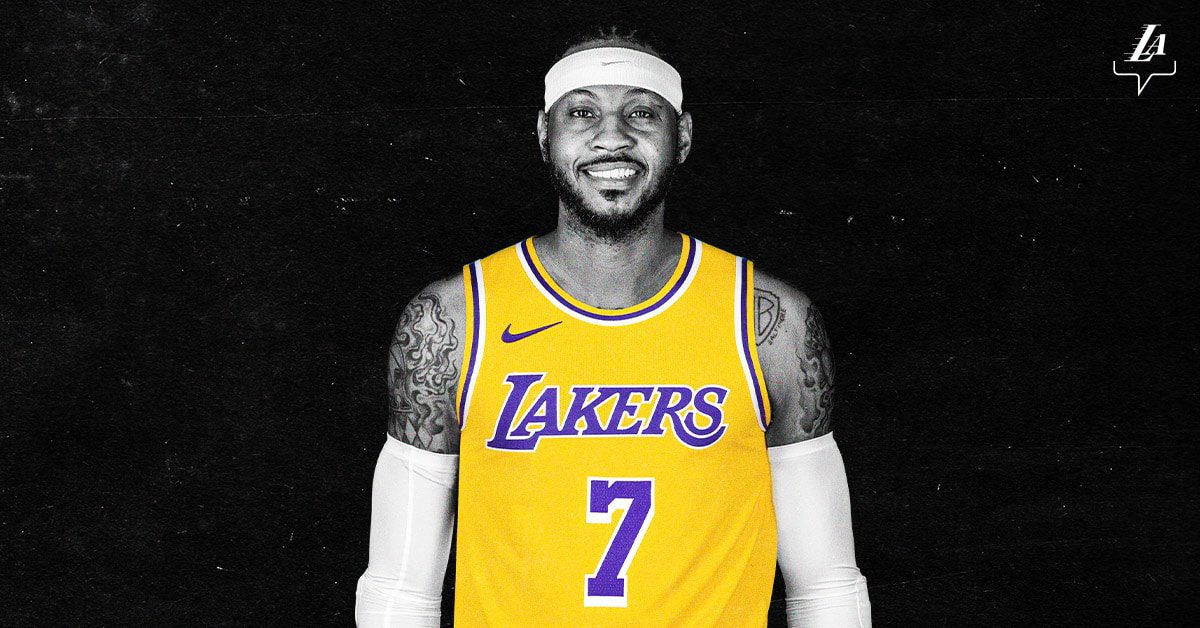 The Los Angeles Lakers made some changes this offseason, but new Lakers’ forward Carmelo Anthony is not bothered one bit by talks of the roster being super old.

Newsflash, the roster is not the definition of “young.”

Six of the 17 players currently on LA’s roster are 35 or older, including LeBron James and Anthony.

Anthony was formally introduced as a new member of the Lakers on Monday after signing a one-year deal.

On the other side, LA has only four players that are under the age of 25.

Another fun fact is that the NBA had six teams last season that had an average age of less than 24.

The Lakers, on the other hand, are hovering at an average age of 31.

“We don’t care,” Anthony said regarding media chatter and jokes about the team’s age, via ESPN. “We don’t care. We make our own narrative.

With the Portland Trail Blazers, Melo averaged 13.4 points and 3.1 rebounds per game last season, his 18th in the league.

He managed to shoot a career-high 40.9% from the three-point line.

The third pick of the 2003 NBA draft is a 10-time All-Star and former scoring champion who has accomplished so much more in his career.

However, the one thing that has always eluded him is a championship.

Fellow 2003 draft member LeBron James told Anthony that “the time is now” for both players to finally play together and try to win together.

“Bron just came to me one time and said, ‘Yo, the time is now. I want you. We got to make this happen,'” Anthony said, via ESPN.

“And I just felt like for right now, this is the best time.”

“Most people would say we should’ve gotten together years ago early in our careers, but we were in two different lanes, we were on two different paths. And everything comes full circle, I’ll say.”

It may take some time to adjust to playing the James, Anthony Davis, and Russell Westbrook, but Melo has only one thing on his mind right now.

“I’m coming in with a championship on my mind,” Anthony said, via ESPN.