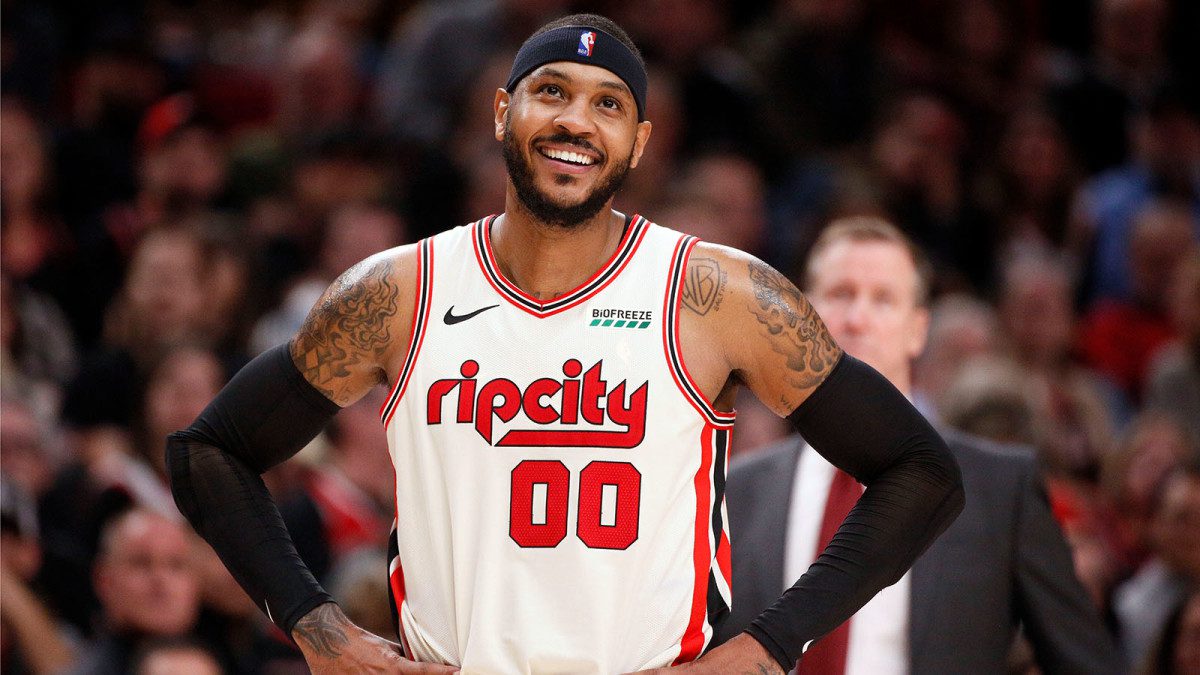 In a throwback move, Anthony finally teams up with fellow 2003 draft class member LeBron James, both in their 19th season.

Anthony tweeted about the one-year deal.

Anthony has spent the past two seasons in Portland in what has been redemption for his career after his exit with the Houston Rockets.

While mostly coming off the bench, he averaged 13.4 points in 24.5 minutes of action a night.

Look for Anthony to fill in a similar role with the Lakers.

Rumors and speculations went around for years about the prospect of Anthony and James playing together.

Of course, the two shared time on the 2008 Olympic team that brought the gold home from Beijing.

That was the same Olympic team that helped bring alive the idea of James, Chris Bosh, and Dwayne Wade playing together in Miami a few years later.

Unfortunately for Anthony, his contract never lined up with that of his fellow draft classmates, and his career took a much different path.

No matter the circumstances, James and Anthony have maintained a close friendship.

James has openly discussed and expressed the desire to play with the third pick of the 2003 NBA draft.

LeBron in 2016: "I really hope that, before our career is over, we can all play together. At least one, maybe one or two seasons—me, Melo, D-Wade, CP—we can get a year in. I would actually take a pay cut to do that." https://t.co/eKLa4qBXKO

After losing in the first round of the 2021 playoffs, the LA Lakers have gone all in this offseason, trading for Russell Westbrook and bringing back Dwight Howard alongside signing Anthony, Wayne Ellington, Kent Bazemore, and Malik Monk.

The 2021-22 season may finally be the year Carmelo Anthony, 37, wins that elusive championship.

A 10-time All-Star, Anthony has never made it to the NBA Finals in his 19-year career.

He has reached the Conference Finals once and that was in 2009 with the Denver Nuggets, before losing to Kobe Bryant and the Lakers that year.