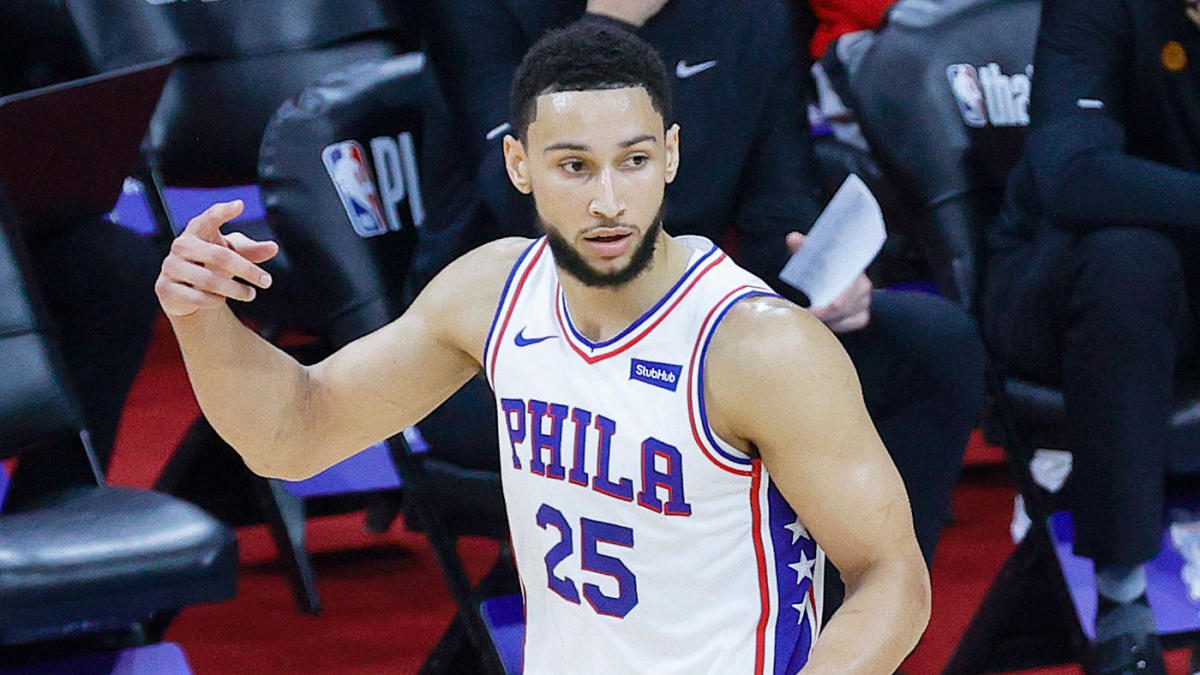 The Wizards, Raptors, and Heat are the most likely teams to trade for the Philadelphia 76ers Ben Simmons, according to Sam Amick of  The Athletic.

It’s looking increasingly likely that Philadelphia’s Ben Simmons will be on the move. One source close to the situation handicapped Miami, Toronto and Washington as the most likely landing spots. The Wizards scenario, of course, would only take place if Beal wound up deciding that it was time for a new chapter outside of the nation’s capital. The moving parts, as you can see, are sometimes part of the same puzzle.

Simmons’ name has been the subject of trade rumors since his lackluster performance in this season’s playoffs.

The 25-year-old guard/forward averaged just 11.9 points, 7.9 rebounds, and 8.8 assists while shooting 0.0 percent from behind the arc.

No play quite summarized Simmons’ playoff performance better than when he passed up an open dunk to toss the ball to Matisse Thybulle.

A trade with the Wizards would involve Bradley Beal.

Though the three-time All-Star has said he would like to stay in DC, he has also hinted he is open to a trade.

Plus, Beal has close ties to Sixers’ assistant Sam Cassell, the man Beal was hoping would become Washinton’s new had coach.

Toronto reportedly rejected one trade offer from the Sixers that would have sent Kyle Lowry, Fred Van Vleet, and more to Philly for Simmons, but a deal involving Pascal Siakam may be more favorable.

The Heat seem an unlikely destination for Simmons for one reason—Jimmy Butler.

The two players reportedly did not get along in Philly, with Butler questioning Simmons’ dedication.

Still, if Pat Rilley is committed to sticking with young talents such as Tyler Hero and Duncan Robinson, he could send Butler back to Philly for Simmons.

Even if Simmons is still with the Sixers at the start of the 2021-22 season, he most likely won’t be in a Philly uniform next spring.