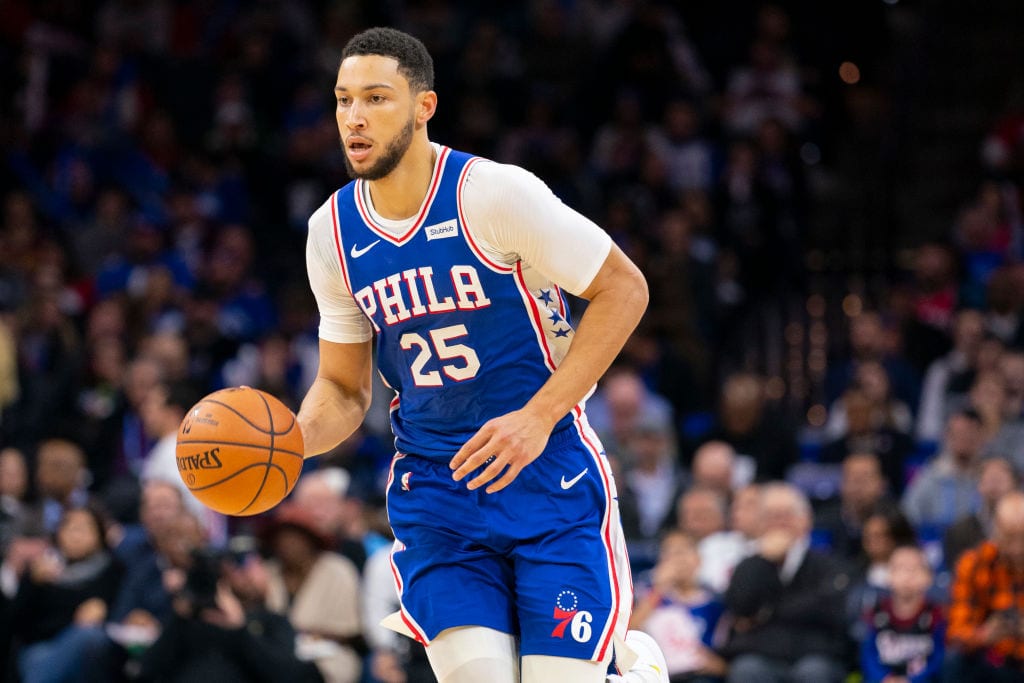 Shams Charania of The Athletic reported on Tuesday that the Sixers have “opened up trade conversations” regarding the Sixers forward/point guard and have already spoken to a few teams.

Rumors of Simmon’s availability started after his poor postseason performance against the Atlanta Hawks, who defeated the Sixers in seven games.

Simmons drew criticism from fans, commentators, and even from star teammate Joel Embiid and head coach Doc Rivers for his uninspired and tentative play.

It almost felt like Simmons was playing with a blindfold as the three-time All-Star seemed unwilling to shoot the ball, averaging just 6.3 points over Games 5, 6, and 7.

Simmon’s free-throw numbers were also terrible, shooting 15-for-45 for the entire series.

It was reported that there was a Ben Simmons for James Harden trade on the table when Harden was on his way out of Houston.

After his post-season play, some have said  Simmons has to leave for his future and the Sixers’.

If a team is serious about trading for Simmons, they will have to meet the Sixers’ high price demand.

According to The Athletic, “(The 76ers) want an All-Star-caliber player in return,” one source with knowledge of the ongoing talks said.

Despite his poor performance, Ben Simmons is likely worth the hefty price.

Only 25 years old, Simmons is still an extremely talented player.

He is currently under contract until 2025.

Charania also reported that the interest in the three-time All-Star is pretty “robust.”

If there is a team willing to give up what the Sixers are asking for, Simmons could very well be on his way out of Philly.