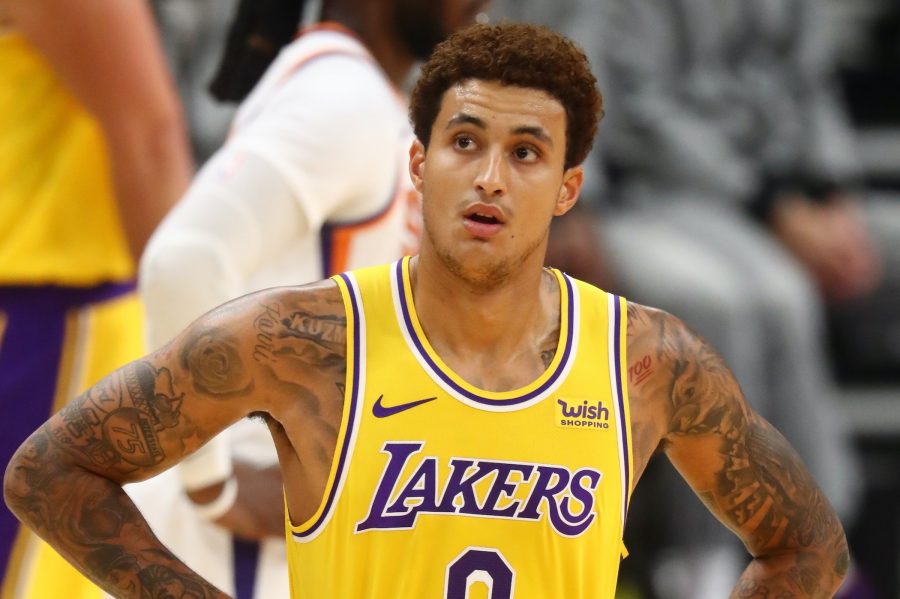 The Los Angeles Lakers were all set to repeat as champions until they didn’t, and now LeBron James, Anthony Daivs, and company are scrambling to add some firepower to their roster despite limited cap space.

The Lakers are in desperate need of a scorer and playmaker to be the third wheel to the James-Davis machine, but neither Kuzma nor Caldwell-Pope have worked, and now LA is looking to deal one or both of them.

On the WOJ & Lowe show, Adrian Wojnarowski said LA is having a tough time shopping out the pair.

“Almost every team I’ve talked to in the league has been offered some combination of Kuz and KCP; sometimes both of them, one of them, and that’s not going to get them back a point guard of Dennis (Schroder’s) stature. So I think, listen, he’s got options again Chicago, New York, and I still think in the end there’s a deal to be made for him to stay with the Lakers.”

Adrian Wojnarowski says the Lakers have offered KCP and Kuzma to "almost every team" in the league pic.twitter.com/e38eTZeTgB

Kuzma has struggled to find his place on the Lakers since LeBron joined the team.

Kuz dedicated this season to rebounding and doing whatever he could to contribute, but the fourth-year player failed to have a strong impact on the team.

KCP averaged just 9.7 points this season compared to 13.4 points his first year with the Lakers.

According to The Athletic’s Shams Charania, there has been some talk of a Kuz and KCP trade to Sacramento for shooting guard Buddy Hield.

Hield, 28, averaged 16.6 points per game and shot 31.9 percent from behind the arc last season for the Kings.

If Kuz and KCP did end up in Sacramento, they would be reunited with coach Luke Walton who led LA  when each player joined the team.

Kuz currently has a three-year, $40 million contract extension with the Lakers, but a change of scenery could do wonders to his stats and future earnings.