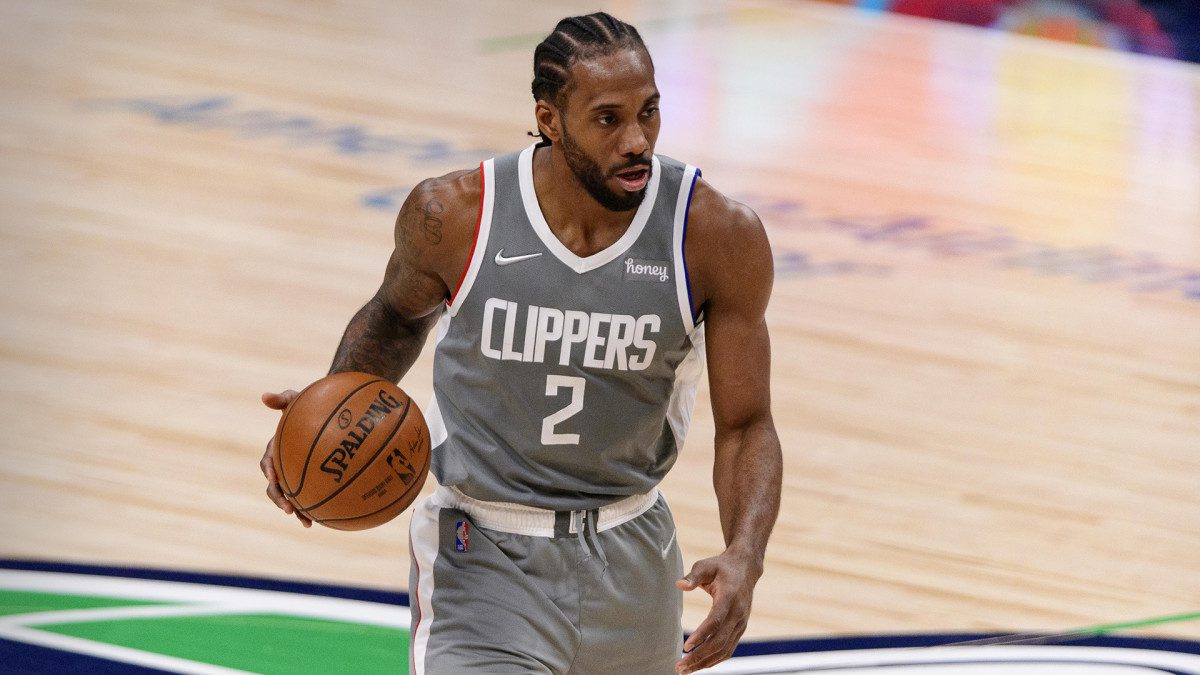 Despite a rocky finish to the season, Kawhi Leonard is expected to re-sign a new deal with the Los Angeles Clippers.

“I’ve gotten NO indication that Kawhi Leonard is interested in doing anything but re-signing with the Clippers,” said ESPN’s Adrian Wojnarowski on the Woj & Lowe Free Agency Special.

Leonard, who underwent successful surgery to repair a partially torn ACL, finished the season on the sidelines and rumors of his dissatisfaction with the team’s medical staff seemed eerily reminiscent of his time in San Antonio.

“The way they’re proceeding certainly seems to be with Kawhi Leonard in mind,” Woj said.

Leonard has a $36 million player option for the 2021-22 season, but whether he’ll even be on the court is unknown.

The five-time All-Star tore his right ACL in Game 4 of the Western Conference semifinals against the Utah Jazz.

Paul George took over in Leonard’s absence, having a breakout playoff performance, but the Clips fell to the Phoenix Suns in the Western Conference Finals and will be expected to lead the team until Leonard returns.

Leonard has remained mum since his injury, but the Clippers have made it known they are willing to do whatever it takes to keep their star, and owner Steve Balmer has the deep pockets to make it happen.

He gets his own doctors, helps dictate the roster, as was demonstrated with the Paul George pickup, the coaching staff, and gets to live back home in southern California.

The Clippers were favorites to win the title after Leonard and George joined the team, but two seasons later, they’re still short one Larry O’Brien trophy.

Judging by Leonard’s tenacity and drive to prove himself in the past with the Spurs and the Toronto Raptors, Clipper fans can only believe he’ll stick around until LA’s “other team” is finally hoisting up their own title banner.