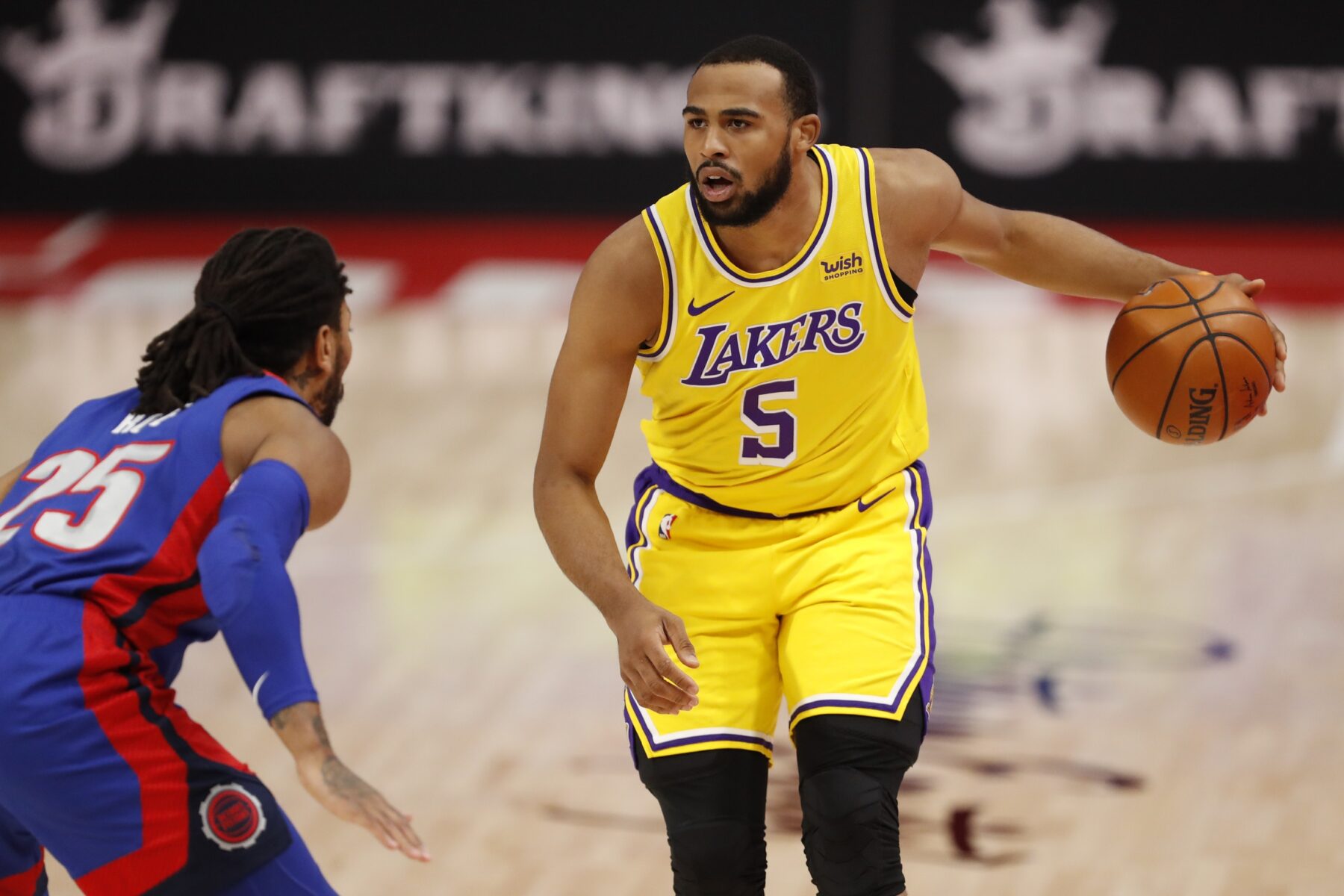 The Los Angeles Lakers have extended their qualifying offer to second-year reserve guard Talen Horton-Tucker in the first move of what is expected to be a very busy offseason for the team.

LA, which was unexpectedly bounced in the first round of the playoffs, made the announcement Thursday.

According to ESPN’s front office insider Bobby Marks, Horton-Tucker is being offered $1.9 million.

He will be a restricted free agent thanks to this move and will allow the Lakers to match any offer that’s made for the former second-round pick.

According to Marks, LA has his early bird rights and can resign Horton-Tucker for a contract that can start him at $10.4 million.

That contract must last two seasons.

He made headlines earlier in the season when he scored 14 points with 11 assists and three steals in a road victory over the Brooklyn Nets on the road in April.

In his second season, he played 13 games where he scored 15 points or more, during a part of the season when the Lakers had an 8-5 record.