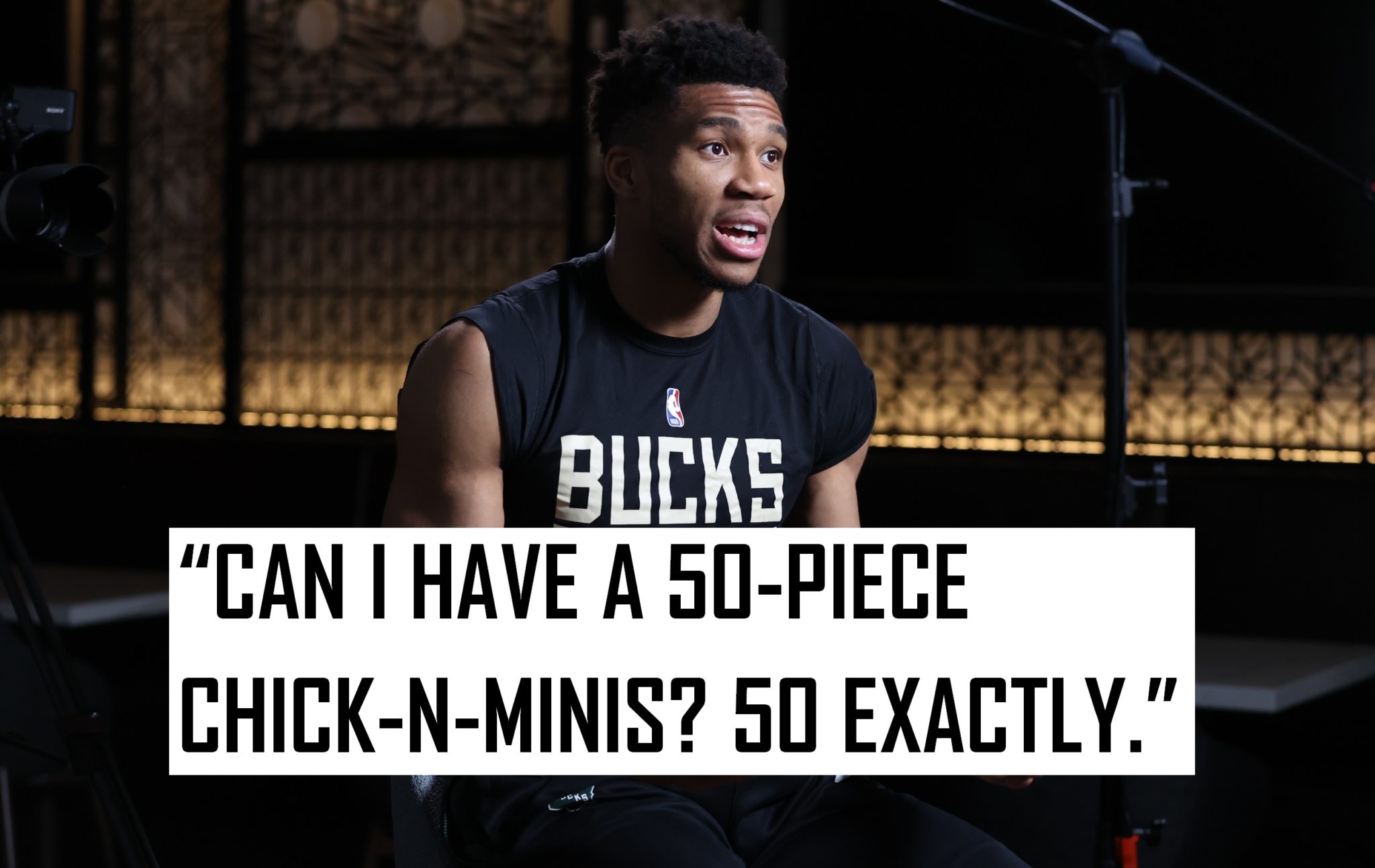 Giannis Antetokounmpo is not only an unstoppable basketball juggernaut, he is an unpanelled quote machine, and the end result is constant laughs. There is arguably no better – or funnier – character in the NBA today.

So, following his remarkable 50-point night to win Milwaukee its first championship in as many years, we couldn’t resist compiling all of Giannis’ best lines.

Here they are, in particular order:

“I woke up like thi…actually, I haven’t slept, so how did I even woke up.”

“Khris…we fucking did it.” – Giannis to Khris Middleton on live television.

“Don’t be jealous.” – Giannis, speaking to his Finals MVP trophy after kissing the Larry O’Brien trophy.

READ MORE: Giannis Antetokounmpo’s Life In Greece Was Even Tougher Than Most People Realise

“I started playing basketball just to help my family, try to get them out of the struggle, the challenges we were facing when we were kids.. I never thought, ever, I’d be 26 sitting in this chair.. we’ve come a long way.”

“I could go to a superteam, and just do my part to win a championship. But this is the hard way to do it, and we did it.”

“I hope I can give people around the world … My mom was selling stuff in the street, and now I’m sitting here at the top of the top. … if I never sit at this table again, I’ll be fine with it.”

“I’m out now. Can I leave now? I want a trade.” – Giannis when a reporter reminded him he’d previously said he wasn’t leaving Milwaukee before winning a championship.

“This should make every person, every kid, anybody around the world to believe in their dreams. I hope I give people around the world from Africa, from Europe, give them hope that it can be done. Eight and a half years ago, before I came into the league, I didn’t know where my next meal would come from. My mom was selling stuff in the street.”

“Don’t let nobody tell you what you can’t be and what you cannot do. People told me I can’t make free throws. I made my free throws tonight. I made them, and I’m a freaking champion.”

“I don’t care I’m coming to the hotel!” – Giannis to his brother Thanasis, who was in hotel quarantine due to covid protocols, and who replied “No you not!”

Not a quote, but this:

Giannis not a cigar guy! 😂 pic.twitter.com/Wc2oa5AoSq