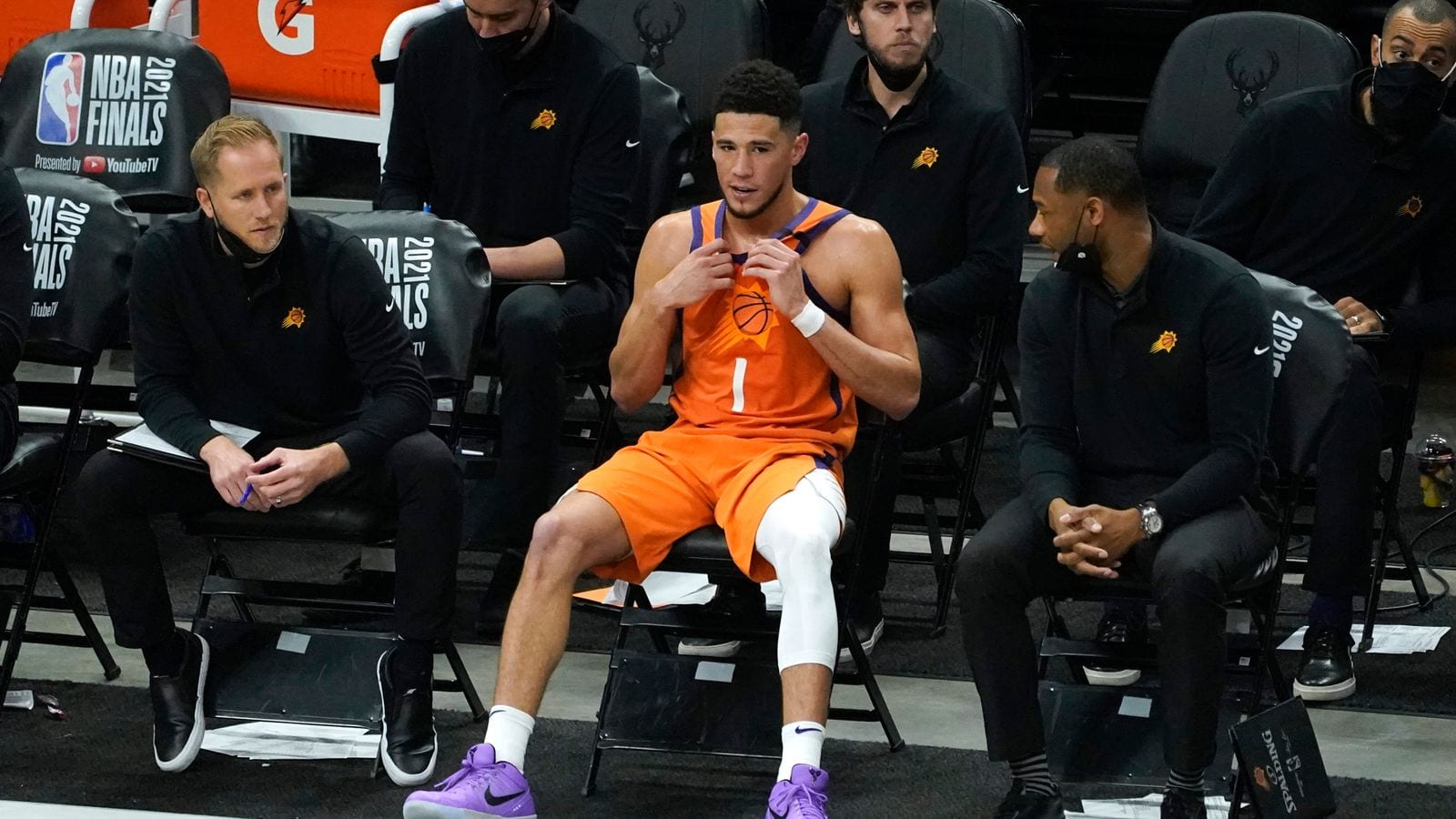 Devin Booker made history in a magnificent performance for Game 4 of the NBA Finals, but the Suns still fell to the Milwaukee Bucks 109-103.

The Suns All-Star dropped 42 points Wednesday night to set a new record for the most points in an NBA player’s first playoff run.

After Game 4, Booker had a playoff total of 542 points in his first-ever postseason.

Unfortunately, for Phoenix and booker, Chris Paul struggled to match his teammate’s output.

The previous record-holder was Rick Barry when he was a member of the Golden State Warriors.

Third on that list is Philadelphia 76ers’ legend, Julius Erving.

The record is impressive, putting a long-overdue spotlight on Devin Booker, who has struggled with the Suns for six years before finally getting in the playoffs.

Under coach Monte Williams and a new franchise culture, the Suns and Booker have risen to the top of the Western Conference.

This postseason Booker has been otherworldly, averaging 26.3 points, 6.1 rebounds, and 4.7 assists per game.

Booker has scored 30 points in at least eight games this postseason, but he has had a slight advantage over Barry.

While Barry only played three series in the 1967 playoffs, Devin Booker has played four to break the record.

Game 5 is set for Saturday night back in Phoenix

The series is currently tied at 2-2.