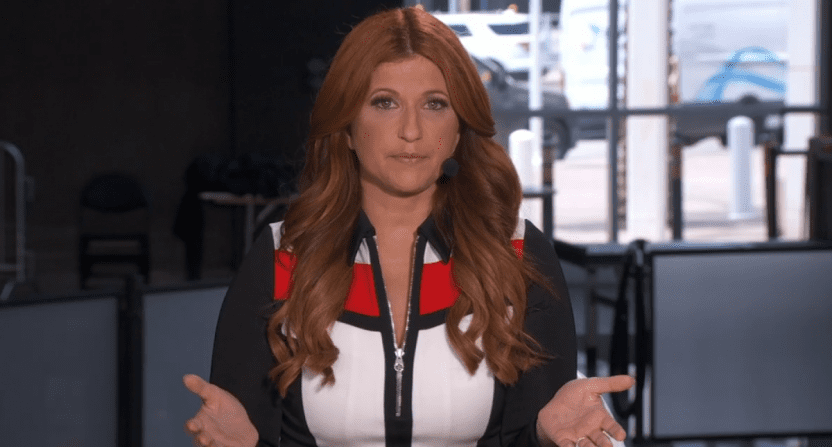 Tuesday, instead of Nichols or Taylor reporting from the sidelines for Game 1 of the NBA Finals for ABC, Malika Andrews was on duty.

Nichols did apologize to Taylor for insinuating Taylor was promoted at ESPN because she is Black during a private phone conversation last year that was recorded and recently released to The New York Times.

“So the first thing they teach you in journalism school is don’t be the story. And I don’t plan to break that rule today or distract from a fantastic Finals,” said Nichols during the July 4 broadcast of The Jump. “I also didn’t want to let this moment pass without saying how much I respect and how much I value our colleagues here at ESPN, how deeply, deeply sorry I am for disappointing those I hurt, particularly Maria Taylor, and how grateful I am to be part of this outstanding team.”

ESPN announced it would pull Nichols from the Finals but that she would be back on The Jump; however, as CNBC’s Dan Mangan reported “two other ESPN hosts, Jalen Rose and David Jacoby, appeared on their show, ‘Jalen and Jacoby,” during Nichols’ time slot.

ESPN provided no explanation for Nichol’s absence, and many of the network’s own current and former employees are calling ESPN out for creating a poor work culture.

“When you are constantly reacting to public criticism or to the moment as opposed to having structural things in place where you address these things, that’s why you wind up looking sloppy or crazy before the rest of the world,” said former ESPN and current The Atlantic reporter Jemel Hill on “The Dan Le Batard Show with Stugotz.”  She went on to say that she thought the incident was “a reflection of a culture that was created by ESPN’s management.”

Taylor is in the midst of contract negotiations with the network after turning down a $5 million offer last year.