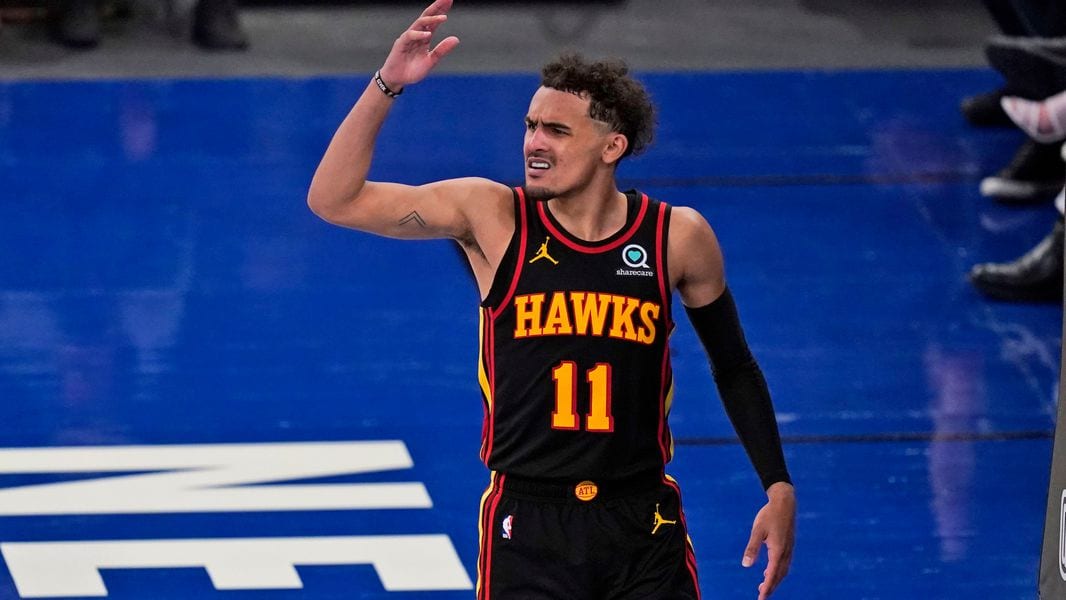 For the second game in a row, the Atlanta Hawks’ Trae Young will be sitting on the sidelines nursing a bone bruise in his right foot.

The third-year guard was a game-time decision, but after testing the foot out Young decided he wasn’t comfortable playing, according to Hawks coach Nate McMillan.

Young will continue to rehab and hopes to play in Game 6 on Saturday per ESPN’s Malika Andrews.

ESPN Sources with @wojespn: Atlanta Hawks star Trae Young (foot) is out for Game 5 vs. Bucks tonight. Young will continue to rehab with hopes of playing in the Eastern Conference Finals Game 6 on Saturday in Atlanta.

Trae Young injured his foot on a freak play in Game 3 when he stepped onto official Sean Wright’s foot and twisted his ankle.

An MRI a day later revealed the bone bruise.

Young is averaging 29.8 points, 9.5 assists, and 2.7 rebounds in his first postseason play.

Atlanta’s series against the Bucks, who will be without their star, Giannis Antetoknounmpo, is all tied up at 2-2.

Bucks coach Mike Budenholzer said Antetokounmpo worked out in the weight room at shootaround Thursday morning but didn’t do any workouts on the court.

It’s anyone’s guess who will be left standing and crowned Eastern Conference champs in this injury-riddled playoffs with at least two games to play before a winner can be determined.

Waiting for the Bucks or Hawks are the Phoenix Suns, who wrapped up their series against the LA Clippers in spectacular fashion behind Chris Paul’s game-high 41 points.