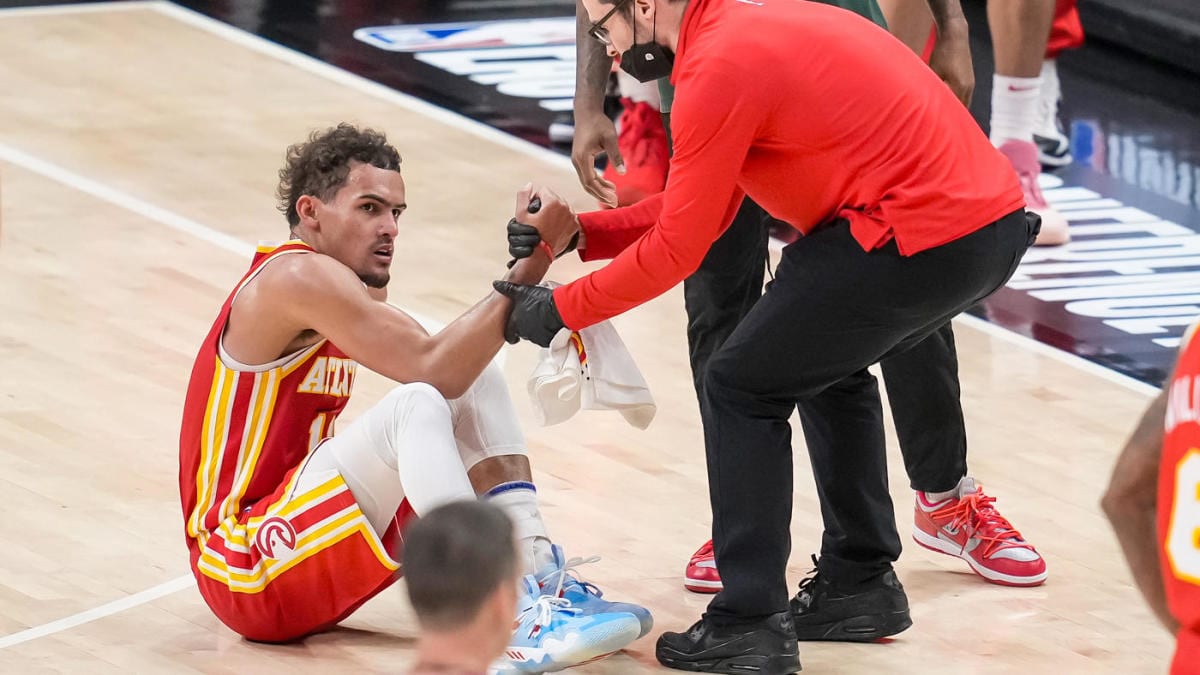 Atlanta Hawks star Trae Young may not suit up for a pivotal Game 4 against the Milwaukee Bucks Tuesday night.

An MRI of Young’s sprained right ankle revealed a bone bruise on his foot.

The injury occurred with just under 40 seconds to go in the third quarter of Game 3 when Young stepped back onto an official’s foot after tossing a pass.

The 6-1 guard stayed down for several minutes before retreating to the locker room.

He was diagnosed with an ankle sprain and cleared to return in the fourth quarter, but a subsequent MRI revealed the injury was more serious.

The loss of Young would be a huge blow to the Hawks’ chances of evening up the series at home, but the team is staying positive.

“He’s feeling OK,” coach Nate McMillan said via ESPN. “He’s disappointed in the loss. Just as most guys, they have something that’s going on, whether it’s an injury or some soreness. Today is a day to take care of whatever it is that you need to get yourself ready for tomorrow.

“So that’s where Trae is at. He’s getting what he needs, which is a little treatment, and whatever else he needs, whether it’s a massage or whatever, to get himself ready for tomorrow.”

Young is averaging 29.8 points and 9.5 assists per game in the playoffs.

He had 35 points in just over 39 minutes of play in Sunday’s game.

The injury was an accident, but having it come due to an official had to add some extra salt to the predicament.

“I didn’t see him [official Sean Wright],” he said. “I guess I’ve got to have eyes in the back of my head now to see who’s behind me.”

Whether the Hawks would have won the game if Young had not injured his ankle can be debated, but Atlanta will get a chance to tie up the series Tuesday at State Farm Arena.