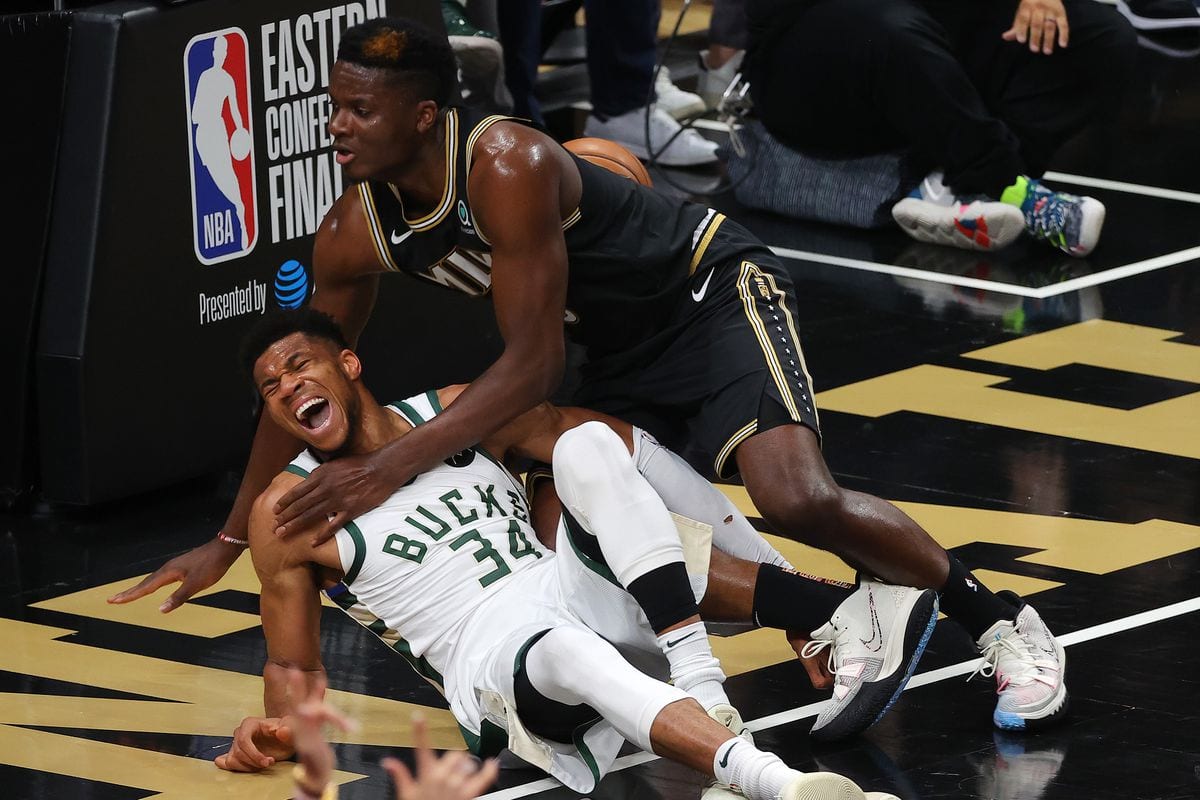 In a playoffs marred by injury, sources say Giannis Antetokounmpo did not sustain any structural damage to his left knee and will return to play, but the team does not know when.

Giannis hyperextended his left knee when he attempted to block an alley-oop pass and landed awkwardly during the third quarter of Game 4.

The 6’11” Forward fell to the ground and stayed down for several minutes.

An MRI confirmed an earlier examination that the Bucks star’s ligaments were intact per ESPN’s Adrian Wojnarowski.

Giannis appears to have injured his leg.

Giannis Antetokounmpo had 14 points when he injured his knee, and the Hawks began to pull away.

Atlanta went on to win the game 110-88 and tie up the series at two games apiece.

The two-time MVP is listed as doubtful for Game 5.

Giannis Antetokounmpo sustained a hyperextended left knee and will be listed as doubtful for Game 5 of the Eastern Conference Finals tomorrow night at Fiserv Forum. pic.twitter.com/mDGsTRpOVL

“We’ll see what happens with Giannis,” said Khris Middleton. “It would be great if he plays, but if not, we still have a capable team of going out there and winning.”

“We’ll take it day by day and see how he’s doing,” Bucks coach Mike Budenholzer said. “When you talk about the range of possibilities, I think where this has landed has to be looked at as a positive.”

Injuries have plagued this year’s playoffs bringing down favorites such as the Brooklyn Nets and defending champion Los Angeles Lakers.

The Bucks will try to pull out a win at home without Giannis Thursday at Fiserv Forum.