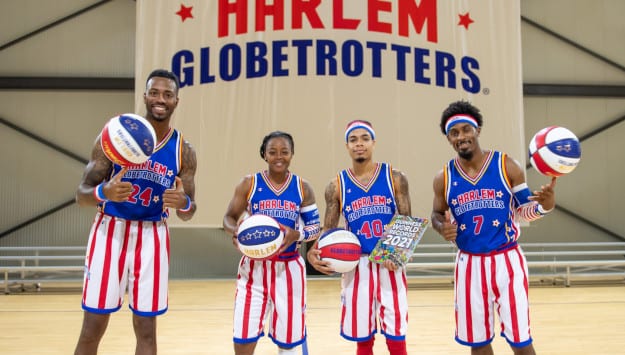 The Harlem Globetrotters have entertained fans with their one-of-a-kind basketball show since 1926, and now they say they’re ready for the NBA.

In a letter to the league, the Globetrotters said their influence on the league was undeniable, and it was time they got their just dues.

“As an organization whose storied history is already tightly interwoven within that of the NBA, the Harlem Globetrotters are looking for a long overdue seat at the table. Our players were instrumental in the integration of the league dating back to 1949. We stood proudly as our players were recruited by teams. Now, after years of attracting the best Black players, it’s time the NBA recognize our contribution to the game. With the league already considering expansion. the time has come. The Harlem Globetrotters stand ready to negotiate for a franchise.”

The Harlem Globetrotters say they’re ready to be an NBA franchise (at this exact moment), and have sent a letter to the NBA regarding a potential expansion. pic.twitter.com/qPv06vRkf1

Before the Globetrotters began dismantling the Washington Generals on a nightly basis, they defeated the reigning champion Minneapolis Lakers in 1949.

The NBA has discussed expansion, with cities such as Las Vegas and Seattle mentioned for future teams, but the Globetrotters believe their time has come.

“Based on what we’ve already proven, we can field a team of talent on par with the pros of today, and we want the chance to do that. As a world renowned and legendary professional basketball team, we petition Commissioner Adam Silver, the NBA governors and the powers that be to grant The Original Harlem Globetrotters an NBA franchise. Not now, but right now!”

The Globetrotters commended the league for growing into a “multi-billion-dollar industry” and said if the NBA was serious about social justice, then going back to “normal” needed to look different.

“You can’t just act like we don’t exist anymore. It’s time to right the wrongs and rewrite history. It’s time for the NBA to honor what the Globetrotters have done for OUR sport, both here in the U.S. and around the globe.”